Let’s Not Pretend We Defeated Lockdowns 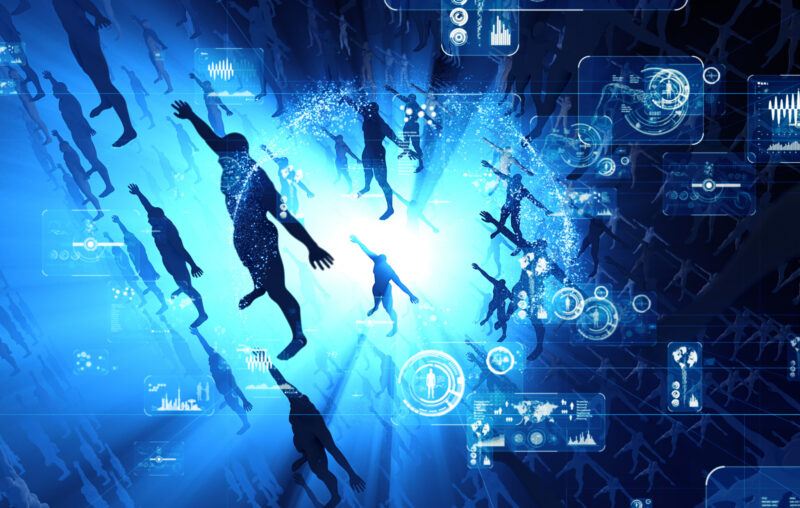 The United States is on its way to normalcy with the horrors of the last year and a half almost behind us. Lockdowns have been lifted with almost no talk of coming back at the time of this writing, masks are starting to come off, students are going back to school, in-person events are happening, all without catastrophic doom and gloom. However, this is certainly not a time for a victory lap for proponents of freedom. We need to be very honest with ourselves, we were absolutely brutalized. Our leaders treaded on the idea of limited government with no remorse, they intervened in the most intimate of societal activities, they crushed livelihoods, and they blamed us for their failures. The only reason why American leaders are ending the lockdowns is because of the vaccine rollout, not because they were won over by intellectual arguments. They had their way and more.

AIER and other research institutes published an endless amount of content on the dangers of lockdowns. Still, governors across the country did as they wish. Some like Florida’s Ron Desantis listened and states like Texas followed his lead on reopening which likely prompted other states to do so as well. Sadly, this was after about a year since “two weeks to flatten the curve”. Anthony Fauci is still in power and he has an upcoming book with National Geographic. I’m sure he will write history the way he sees it. Remember, he botched the AIDS epidemic and still got the influence and adoration he has today.

The economy is in the gutter and the Biden administration is claiming credit for economic growth that really has everything to do with recovering from an artificial recession and nothing to do with its policies. The previous Trump administration basically had no real concrete stance on lockdowns and the current administration actively endorsed them. Although nobody is seriously advocating for more lockdowns in the United States, the conversation has simply shifted to mandatory vaccination programs. However, the same cannot be said about our friends in the rest of the Western world. Some European states have recently reimplemented lockdowns in response to the Delta variant. At the time of this writing, Reuters just reported that Australia is extending its lockdowns. China is actively bragging about its authoritarian response and it remains to be seen whether Western onlookers will be fooled. Finally, the WHO’s stance on lockdowns still maintains that they are an important policy, albeit a last resort with considerable side effects.

The coming academic debate over lockdowns has only just begun now that the political vitreal is starting to subside. If the Great Depression and the New Deal are any indicators, it’s entirely possible that the mainstream history books may paint lockdowns in a positive light. The necessary criticism and counterarguments may be relegated to the margins of specialist thinking. Outlets like the LA Times published articles claiming lockdowns worked and should be used for future pandemics, which AIER critiqued. This is of course, after lockdowns caused the greatest economic downturn in modern history and left a deeply traumatic mark on countless people, especially the young. It is also worth noting that despite ample evidence that young people are not vulnerable to Covid-19 but particularly vulnerable to the damage of lockdowns, the ruling class not only unleashed hell upon the young but did so enthusiastically. Of course, they made sure that their children were protected from the harmful effects of policies like school closures. As George Orwell wrote in his legendary book Animal Farm, “All animals are equal, but some animals are more equal than others”.

Again, despite the evidence, despite the advocacy, despite the public outcry, the lockdowners had their way with society. Some of them seemed to have even gotten away with blatant hypocrisy while in positions of authority. The list is so large the Heritage Foundation even has a database to list the notable incidents.

Opponents of lockdowns raised their voices, we protested, we published viral content, we had our spotlights in the media, we stood behind what few leaders we had in government, we put out cutting-edge research, we even mobilized some of the top medical experts in the world to support our cause. Perhaps things would have been worse without our efforts, I don’t doubt that for a second, but at the end of the day, the lockdowners dragged society through the mud.

It still remains to be seen what the constitutional ramifications of lockdowns will be. Will they become a frightening precedent for future expansions of government power or will they be struck down as unconstitutional? Will state legislatures pass wise policies to curtail the future abuse of emergency powers or will we allow governors like Andrew Cuomo to frame themselves as saviors? Even on the Supreme Court, there are a variety of views on the constitutionality of lockdowns. Some like Justice Neil Gorsuch, have lamented the arbitrary nature of deeming some institutions essential and others non-essential. Others like Justice Sonya Sotomayor, believe that such discrimination is constitutional and justified because it is supported by the “scientific consensus”.

As much as I am glad that the lockdowns seem to be over in the United States, I can’t help but notice that our freedom was not won, it was granted to us. There is something quite ominous about getting back to normal today. Last summer, even though many parts of the country were under lockdown, there at least was a sense of hope that our leaders could be reasoned with, that we would come to our senses on all this. Now we know that was not the case and only more madness, not less would come. It’s like finding out just how horrible someone could act, you can’t look at them the same way after.

We are getting our freedom back, but it’s because we are being given permission. Free men are not supposed to ask for permission. Those of us who favor a free and open society should not kid ourselves for a second that we have won the intellectual battle or succeeded in a sweeping policy victory, even though the facts may be on our side. What we are seeing is merely bread and circuses as those that have wrecked so much havoc are still in power. We are being handed the keys to a house that we do not own. However, we need not dwell on losing the first battle, we should use it to inspire us to win the war, and the otherside may have just fired all their ammunition.

This article, Let’s Not Pretend We Defeated Lockdowns, was originally published by the American Institute for Economic Research and appears here with permission. Please support their efforts.