Lessons from the Financial Instability Hypothesis 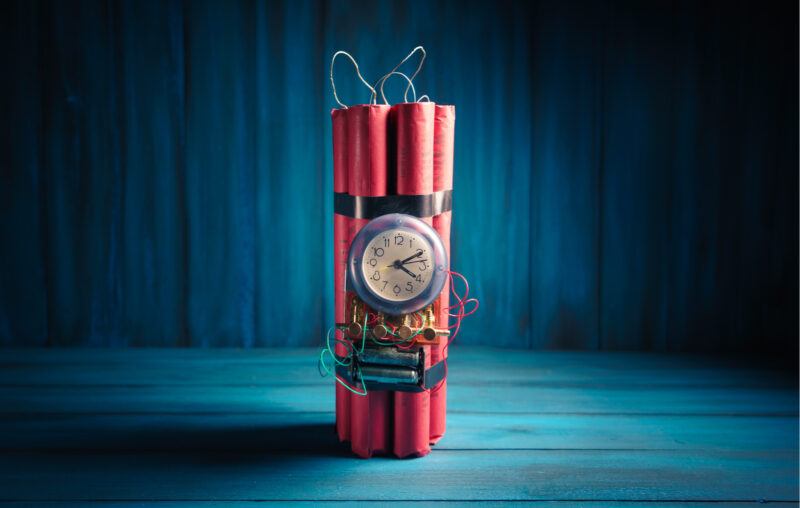 Hyman P. Minsky (1919-1996) sought to formalize Keynes’s view of the animal spirits of the market through his Financial Instability Hypothesis (FIH), which classifies business enterprises by debt level. Well-run firms only borrow when they expect operating revenue to cover the full cost of borrowing, including both interest and repayment of the principal. Minsky called these firms hedge finance units. Responsible banks only lend to these hedge firms they are convinced can repay the loans.

Speculative finance units are more highly leveraged because they have borrowed so much, or through a reversal of fortune earn less, so they cannot pay down the principal on their loans, though they can still make regular interest payments. Speculative firms can stay in operation indefinitely, though any dip in their revenue can spell bankruptcy, so they are less secure than hedge firms, and an economy dominated by speculative firms is far more fragile. Firms that borrow even more, or perhaps see their revenue stream fall farther, and can neither pay down the principal on their debt or the interest on it, are Ponzi finance units. Ponzi firms have to sell assets to service their debt and stay in business. They have no real long-term prospects, and can only stay in business as long as they still have assets left to sell.

Minsky suggested that as the economy grows between recessions, decision-makers become increasingly more optimistic, especially the longer the market continues to do well. This is very reminiscent of Keynes’s animal spirits. At some point hedge firms borrow more than they should, making them speculative finance units, and firms that continue this overoptimistic borrowing become Ponzi firms. Minsky sees the firms’ progressive acceptance of greater risk and leverage as a natural byproduct of any period of protracted prosperity, and an inevitable shortcoming of a capitalist economy.

David Prychitko (Prychitko, David L. (2010) Competing explanations of the Minsky moment: the Financial Instability Hypothesis in light of Austrian theory. Review of Austrian Economics 23: 199-221. DOI: 10.1007/s11138-009-0097-1) noted that Minsky’s FIH shares numerous features of Austrian Business Cycle (ABC) theory, though he concluded that the differences were especially telling, and found ABC to be a broader and more complete theory of the business cycle process. According to ABC theory, recessions are caused by expansionary monetary policy. As the money supply increases, the extra liquidity lowers interest rates. This ensures more investment spending which is lower-yielding, consistent with the new, lower interest rate. The added, lower-yielding investment extends what Hayek called the structure of production—the economy’s combination of interdependent entrepreneurial plans.

At the same time investment spending is increasing, the lower interest rate results in higher consumption spending, because people are rewarded less for saving. The economy grows as investment and consumption both rise. This short-term growth looks good as the stock market rises, but it is unsustainable. Total output and employment also rise, but this growth is unbalanced and cannot be sustained.

The onset of a recession signals economywide reappraisal of expectations, so many entrepreneurial plans that were started hopefully during the unsustainable boom are replaced with more cautious plans, often using newly-idled capital equipment now being offered at fire sale prices, as described by the FIH as an asset selloff by Ponzi firms. This liquidation and reallocation of unsustainable investment assets is largely masked because it involves capital that has already been paid for, reallocation not captured in conventional accounting. The fire sale prices of the asset selloff do not reflect the original, overvalued price paid for either installed physical capital or financial instruments originally valued based on expected future cash flows which have now been revealed to be ludicrously overoptimistic.

Up until the recession starts, lending to speculative and Ponzi finance units imposes greater risk on the financial system and the broader economy, making it increasingly difficult to keep interdependent entrepreneurial plans in mutual coordination. Eventually default risk overwhelms entrepreneurial planners’ best efforts. When entrepreneurial planners discard installed physical capital purchased at great cost when it was in high demand during the unsustainable boom, they also idle labor and goods-in-process embodied in the old production structure.

The FIH fits neatly within the ABC paradigm in spite of its Keynesian lineage because it describes the dynamics of the malinvestment and unsustainable expansion phase of the business cycle. The 2007-2009 Great Recession originated from the financial sector’s dependence on mortgage-backed securities—securitized assets that had been traditionally illiquid. However, the unsuccessful selloff of these securities and related derivatives in November 2008 was clearly driven by seller needs to raise cash, something predicted by both ABC theory and the FIH.

It seems difficult to argue that the financial and housing sectors could have created any sizable speculative bubble in the absence of expansionary fiscal and monetary policy, and the emergence of various tradable derivatives and securities that allowed for such massive growth in these sectors seems to have both depended on and fueled the progressive overoptimism the FIH describes.

The Covid-19 recession was not triggered by financial causes, but the ballooning government debt the U.S. is currently pursuing, recklessly and with a vengeance, can only substitute a new unsustainable expansion for a sustainable recovery. Look for hedge finance and hedge firms to be progressively displaced by speculative and Ponzi finance in the years—or months—to come.

This article, Lessons from the Financial Instability Hypothesis, was originally published by the American Institute for Economic Research and appears here with permission. Please support their efforts.