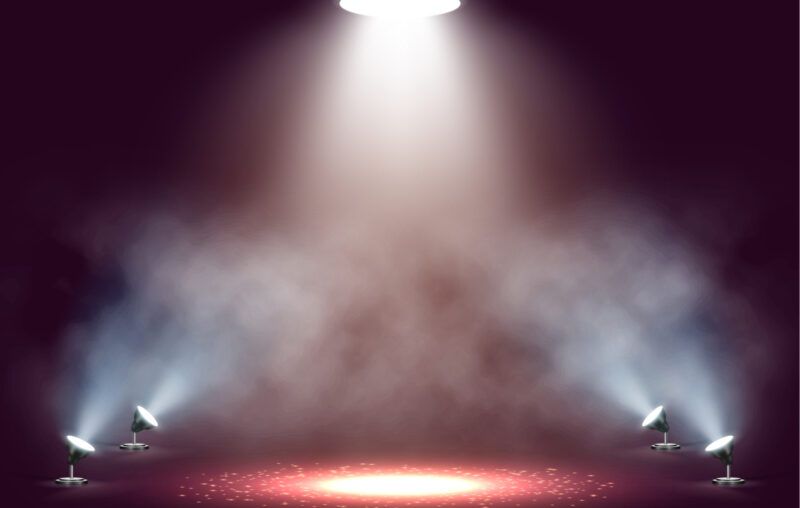 In my previous column I explained in some detail a fallacy that infects the core of what I dub the Klein-Stewart thesis. Aaron Klein is a Brookings Institution scholar whose research allegedly establishes this thesis as valid. Emily Stewart is a Vox staffer who favorably reports Klein’s findings.

This thesis starts with the indisputable fact that accepting payment with credit cards, especially with cards offering bonus points, carries an expense for retailers – an expense that’s absent when accepting payment in cash. Retailers recoup this expense (so goes the Klein-Stewart thesis) by charging higher prices. But these higher prices must be paid by all customers, including those who pay with cash.

Thus, according to the Klein-Stewart thesis, customers who make retail purchases with cash subsidize customers who make retail purchases with credit cards. This outcome is especially troubling because poor people make a higher portion of their retail purchases with cash than do rich people. The result, declares Klein, is that “working and middle class Americans subsidize the wealthy when they pay in cash or use debit cards.” And as put by Stewart, “the system is already gamed…. Credit card perks reward rich Americans to the detriment of the poor. The $200 in cash back you got using your fancy new rewards card often comes at the expense of someone who can’t afford it.”

Again – and even skipping here over the mystery of how poor people consistently afford to purchase with cash things they “can’t afford” – for reasons explained in my previous column, the Klein-Stewart thesis is a minor monument to comically poor economics.

But my criticisms of the Klein-Stewart thesis are just words. Why should anyone give my words more credence than is given to the words of Klein and Stewart?

Good question. Talk, while by no means meaningless, is typically cheaper than action. We rightly reprove the all-too-frequently encountered discrepancy between words and actions by calling it “hypocrisy.”

Fortunately for my side of the argument, if the Klein-Stewart thesis were valid, Klein and Stewart could not only personally profit from acting on this knowledge, but they could do so in ways that improve the economic welfare of poor people. Yet Klein and Stewart do not so act. Therefore, when pitting Klein and Stewart’s words against mine, Klein and Stewart’s failure to act in accordance with what they profess to be true casts serious doubt on their thesis’s validity. The validity of my criticism thus gains more plausibility.

How could Klein or Stewart profit? Easily! By setting up retail shops that charge cash-paying customers lower prices than are charged to customers paying with credit cards. The fact that some merchants already offer discounts for payment in cash proves that such differential pricing is possible. Because the Klein-Stewart thesis implies that such differential pricing isn’t sufficiently widespread, all these scholars need to do is enter the market as a retailer to make this pricing more widespread.

If their thesis is correct, consumers who prefer to pay in cash will flock to their stores. Klein and Stewart would thereby earn handsome profits while simultaneously correcting the market ‘failure’ that they assert to be real. It’d be a win-win. I do not jest.

Yet my experience in challenging countless armchair theorists to put their money where their mouths are reveals that many people find my challenge unconvincing. But I don’t understand why. Evidence of the appropriateness of my challenge is abundant, and clearly visible to anyone who observes.

Each and every day many flesh-and-blood entrepreneurs put their money where their mouths are in efforts to profit from their own individual theses of market failures. For example, every new restaurant that opens does so because its owner theorizes that diners aren’t being served by existing restaurants sufficiently well. Existing menu options are believed to be less than ideal; service can be improved; prices are too high; restaurant workers are underpaid. Something isn’t as good as it could be. The new restaurant owner hopes to profit by exploiting his or her ‘thesis’ that one or more of these imperfections is real and can be ‘corrected’ at reasonable cost.

If the owner’s thesis is valid, the owner profits. If the owner’s thesis is invalid, the owner loses and soon finds another line of business. This competitive market process is never-ending. Its entrepreneurial participants knowingly incur financial risks with their own money (or with money voluntarily entrusted to them) in their quests to build better mousetraps, or to build mousetraps in less costly ways, or to distribute mousetraps in manners more efficient.

And of course what’s true for restaurateurs and mousetrap merchants is true for every entrepreneur, successful or un. The essence of entrepreneurial activity is to notice – economist Israel Kirzner would say ‘be alert to’ – profit opportunities. A genuine profit opportunity is nothing but an existing failure of the market to price outputs or inputs appropriately, a failure to produce a more-preferred mix of outputs, or a failure to produce or distribute outputs as efficiently as possible.

Because I witness all around me, regularly, entrepreneurs launching businesses, as well as existing firms experimenting with different ways to attract customers and to lower costs, I’ve no doubt that if Klein and Stewart are correct that retailers are overcharging their poorer customers, Klein and Stewart have identified a golden opportunity for profit. They should exploit it.

“But They’re Not Business People!”

A common response to my “put-your-money-where-your-mouth-is” challenge is that the persons to whom I direct it are almost always intellectuals rather than experienced business people. Being an intellectual myself – and aware of my accompanying incompetence in practical affairs – I sympathize with fellow intellectuals who realize that they personally have no talent to launch and operate businesses. I have no such talent. So I certainly don’t fault Aaron Klein for continuing to be a salaried employee at a think tank. I don’t fault Emily Stewart for earning her living by sticking to writing.

But precisely because we intellectuals would be unusually incompetent entrepreneurs and business managers, we intellectuals should be unusually modest in expressing assessments about the current state of competitive markets. Arrogance mixes toxically with hypocrisy when Prof. Jones and pundit Smith claim, with one breath, to identify some failure of the market to appropriately satisfy consumers or workers, but then, with the exhalation of their very next breath, protest that it’s unfair or unfitting to demand that they put their money where their mouths are.

Profitable Information Can Be Acted On By Others

Obviously, if an intellectual does indeed identify an actual market imperfection, the opportunity that likely lurks in that imperfection can be seized by someone other than the intellectual who identifies it. And fortunately our world has no shortage of entrepreneurs hungry for profit. The deeper point of my challenge to intellectuals such as Klein and Stewart to put their money where their mouths are is to draw attention to the fact that, if the intellectuals’ claims are correct, we can rely upon market forces to correct the problem. There’s no need for government intervention.

Being intellectuals, Klein and Stewart undoubtedly are too incompetent actually to launch a retail store. But by publicly sharing their claim about this alleged market imperfection, they thus make this ‘information’ available to be acted on by countless competent entrepreneurs. The fact that Klein and Stewart’s public declarations incite no entrepreneurs to seize the profits that are available if these declarations are correct is compelling evidence that cash-paying retail consumers are, in reality, not being unjustly exploited for the benefit of credit-card-using retail consumers.

Perhaps not all asserted market imperfections can be profitably exploited – and, in the process, ‘corrected’ – by entrepreneurs acting in free markets. But a surprisingly large number of such alleged market imperfections would indeed be easily ‘corrected’ by private entrepreneurial actions if these allegations were accurate. Any and all allegations to have discovered that businesses in free markets are underpaying some groups of workers, or that businesses in free markets are overcharging some groups of consumers, are claims to have discovered profit opportunities that can be relatively easily exploited by entrepreneurs. (That the intellectuals who issue such claims don’t realize that their claims are really of profit opportunities speaks only to these intellectuals’ economic illiteracy.)

Underpaid workers and overcharged consumers are, economically, cash laying on the ground waiting to be snatched up. No doubt there is, at each moment, much such cash lying around. The market is never ‘perfect.’ But equally without doubt, as long as markets are free, entrepreneurs incessantly sweep in to correct such problems where these arise. Cash does not long remain laying on the ground. This fact is why, whenever I encounter intellectuals who declare that their econometric research or armchair theorizing reveals that workers are underpaid or that consumers are overcharged, I feel fully justified by responding with: “Prove it! Put your money where your mouth is.”

This article, It’s Appropriate to Demand That Intellectuals Put Their Money Where Their Mouths Are, was originally published by the American Institute for Economic Research and appears here with permission. Please support their efforts.