It Doesn’t Get Much Worse Than ‘Build Back Better’ 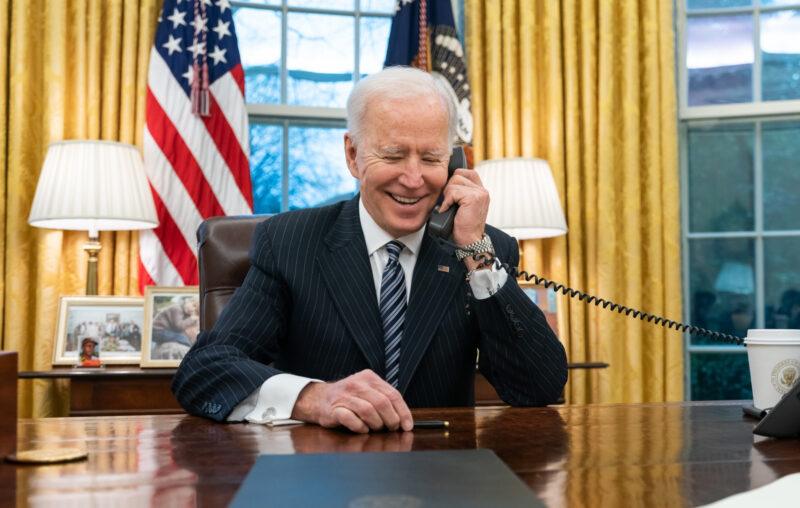 Sen. Joe Manchin and Majority Leader Chuck Schumer just struck a deal on a massive spending package they call the Inflation Reduction Act of 2022. In all important respects, the legislation is no different from the Democrats’ long-running social spending plan known as Build Back Better.

Americans should be alarmed. The bill has the potential to handcuff innovation in one of the most critical and successful sectors of the American economy.

The plan would allow unelected federal officials to “negotiate” with drugmakers over the price Medicare will pay for an ever-growing list of brand-name prescription drugs.

In practice, these “negotiations” are federally mandated price controls. Under the plan unveiled by Democratic leadership in early July, the government would have enormous power to name its own price for an increasing range of advanced medicines, and drugmakers would have little choice but to submit.

The cost to patients would be disastrous. That’s because the main consequence of these price controls will be to destroy the research-and-development system that makes America the world leader in medical innovation.

Developing medicines is already a risky business. It costs, on average, nearly $3 billion over 10 to 15 years for each approved new medicine. That’s partly due to the direct expense of the research-and-development activity itself — and partly because only 12 percent of potential medicines entering Phase I clinical trials ultimately win approval. Private investors are willing to take such risks because a successful drug has the potential to earn back those costs and then some.

But if the government successfully puts itself in charge of drug prices, the chances of recouping a medicine’s development costs would plummet, and investment in new research would dry up quickly. Everything from cancer breakthroughs to new treatments for Alzheimer’s disease, COVID vaccines and heart medications would become rarer.

This predictable consequence will leave the innovative biopharmaceutical industry in no position to compensate for the investment loss. A recent review led by University of Chicago economist Tomas Philipson notes that studies consistently show a 1 percent reduction in industry revenue leads to a 1.5 percent reduction in research-and-development activity. He finds this legislation would reduce industry revenue by 12 percent through 2039 and R&D activity by 18.5 percent, or $663 billion. He estimates the result will be 135 fewer medications being developed in that period — a crippling shortfall that will also be measured in lives lost.

Families worldwide rely on research and innovation from the American health and science industries to bring new lifesaving medicines to their loved ones facing diseases lacking cures. The Build Back Better plan will obliterate future breakthroughs and any hope that comes with them instead of providing real solutions.

This article, It Doesn’t Get Much Worse Than ‘Build Back Better’, was originally published by the American Institute for Economic Research and appears here with permission. Please support their efforts.

Bank of England and European Central Bank both forecast to raise interest rates by half-point, narrowing differential with the U.S.