Is the US Economy a Virtual Reality? 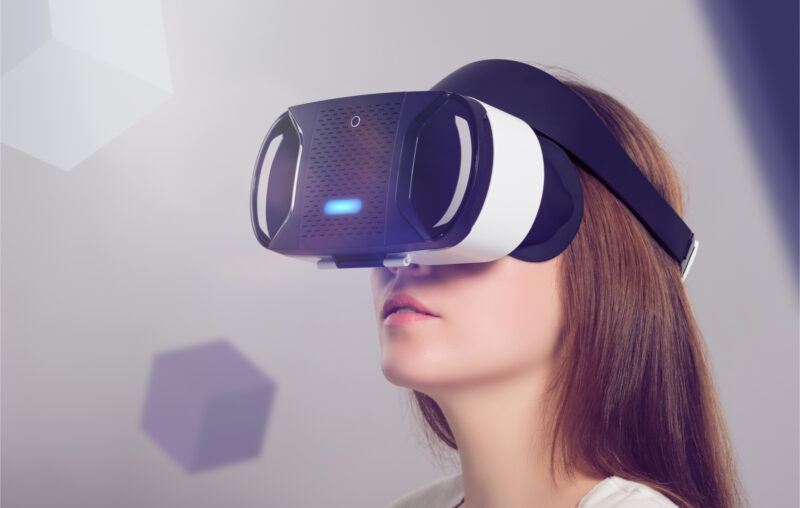 An owner of the bar explained to me that he has been closed for a full year and yet miraculously still survives, thanks to vast infusions of government money to cover his rent and upkeep and sustain essential employees. He is looking forward to reopening but is having a hard time finding employees. Many have moved to Florida. Others, he said, “are happy to live off government money rather than work.”

His main puzzle is how it can be true that the government has the resources to sustain so many businesses in a full year of lockdowns. The money is falling like manna from heaven.

“From all my years in business, every instinct tells me that this can’t be right. It might work for a little while but someone has to pay these bills. There is no magic money tree out there to achieve such things.”

The tree might not be magic but it does exist. It’s called the Federal Reserve. Here is the alarming chart of the broadest definition of national money, which reveals a quadrupling in the last year.

The effects of such a thing can be difficult to trace. And much depends on factors outside the Fed’s control. Even the attempt to reign in the long-run effects could fail. Even so, the short-term effects, combined with unprecedented increases in government spending, have been to create the appearance of near full recovery.

By the aggregated data alone, the US economy seems almost back to normal. Gross Domestic Product is higher now than pre-pandemic and poised to roar much higher. “What’s amazing,” writes the Wall Street Journal, “is that U.S. output is nearly what it was in the fourth-quarter of 2019 even with payrolls being about 5% smaller.

Consumer spending on durable goods is through the roof with a 41% increase for the quarter.

Private residential investment, which is to say consumer spending on housing, has blown past the point at which the last housing bubble blew up.

Is Valhalla really around the corner? New riches? What’s the downside?

Following a lockdown collapse in prices, the consumer price index is pointing toward inflationary signs. The Everyday Price Index is climbing at an annualized double-digit rates.

No question that much of this “growth” is fueled by historically high increases in government spending, producing charts we’ve never seen before.

These increases were not paid out of some resource reserve sitting in DC. They are paid by astronomical increases in borrowing. Here are the increases in the public debt to GDP ratio.

What all this aggregate data misses is the huge dislocations, distortions, and outright destruction that occurred because of the unprecedented use of extreme lockdowns in 2020. The New York Times provides a helpful analysis of existing sectors relative to what might have happened outside the pandemic lockdowns.

Thus are some sectors of the US economy booming to new highs, while others are still in deep depression. The sectors that were locked down (entertainment, art, food, hotels, recreation), and those other sectors indirectly affected by lockdowns (exports, transportation, energy) are still wallowing in misery, having been battered by compulsory shutdowns that wrecked so many business models or otherwise forced them onto the government dole.

One of the figures that fascinates me is the one on health care. It is still down 5.9% from what it might have been without the pandemic. Historians of the future will surely be amazed by such data. In a pandemic with such tremendous sickness and death, one would expect spending on health care to rocket higher than ever before.

Instead, what we see in health care is a collapse of fully 18% in the worst months of the pandemic, a statement that sounds ridiculous in the saying.

What this illustrates is one of the least-talked-about aspects of government policy over the past year: state government’s interventions in the medical system that essentially reserved most if not all hospital space for Covid patients. Routine medical care and “elective surgery” was put on hold. Dentistry services collapsed a year ago by 70%.

This meant missed cancer screenings, routine checkups, and normal doctor’s visits, not only because people were afraid but also because medical services faced a brutal form of central planning that had never previously happened. Thus do we get the most perverse results one can imagine: a collapse of spending on health care during a pandemic. It’s hard to isolate one piece of data that best captures the folly of government pandemic policy but perhaps this one is it.

It’s impossible to know precisely what the future portends for all these unprecedented policy shocks over the last year, from money supply and spending bonanzas to lockdowns to sky-high debt accumulation. But because a thing called cause-and-effect still operates in this world – we do not live in virtual reality – it seems wise to look at the seemingly great aggregate data with a gravely skeptical eye. We might be in the midst of the calm before the real storm hits.

This article, Is the US Economy a Virtual Reality?, was originally published by the American Institute for Economic Research and appears here with permission. Please support their efforts.