Is The U.S. Going To Transition From Stagflation Directly Into A Full-Blown Economic Depression? 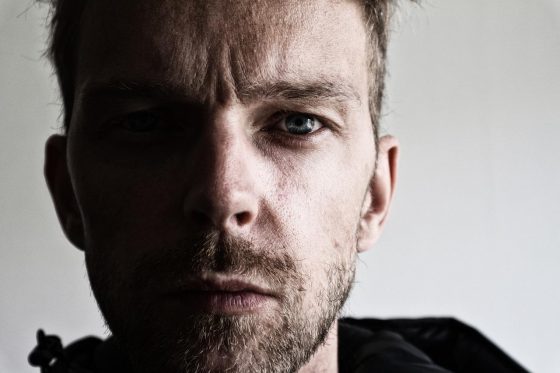 Should the fact that the U.S. economy actually contracted during the first quarter actually surprise any of us?  Since the start of 2022, there has been crisis after crisis, and now the war in Ukraine is depressing economic activity all over the planet.  What we are facing could most definitely be described as a “perfect storm”, and the truth is that this storm isn’t going to go away any time soon.  But where do we go from here?  Will the U.S. economy bounce back, or will this new economic downturn soon become even worse?  Most economic optimists are assuming that the former will be true, while many economic realists are issuing dire warnings about what is ahead.

I was actually thinking of writing about something else today, but I knew that my regular readers would want me to talk about this…

Gross domestic product unexpectedly declined at a 1.4% annualized pace in the first quarter, marking an abrupt reversal for an economy coming off its best performance since 1984, the Commerce Department reported Thursday.

The negative growth rate missed even the subdued Dow Jones estimate of a 1% gain for the quarter, but the initial estimate for Q1 was the worst since the pandemic-induced recession in 2020.

We already knew that inflation had started to spiral out of control in the United States, and now the “stag” part of “stagflation” has arrived.

So what caused this “sudden” downturn?  According to CNN, there are quite a few factors that can be blamed…

A push by the Federal Reserve to raise interest rates and combat high inflation. Supply chain shortages. An ongoing global health crisis. And of course, the geopolitical earthquake caused by Russia’s invasion of Ukraine, which is also threatening to create a world food crisis.

If the U.S. economy shrinks again in the second quarter, that will officially meet the definition of a “recession”.

But as John Williams of shadowstats.com has pointed out, if honest numbers were being used the U.S. economy would still be in a recession that started all the way back at the beginning of the COVID pandemic.

Everybody pretty much realizes that economic conditions are not great right now.

So are brighter days just around the corner?  That is what some pundits seem to think…

The US economy will return to growth during the second quarter, according to RSM chief economist Joe Brusuelas. “Without a doubt,” he said.

“This is noise; not signal,” Pantheon Macroeconomics chief economist Ian Shepherdson wrote in a report. “The economy is not falling into recession.”

Maybe they will be right.

But if the economy is so strong, then why are foreclosure filings absolutely soaring?…

Last month, 33,333 properties across the U.S. faced foreclosure, a 181 percent jump from March 2021 and 29 percent pop from February, according to a report by foreclosure tracker Attom. The first quarter saw 78,271 properties with a foreclosure filing, a 39 percent from the previous quarter and 132 percent from last year.

Needless to say, there are other experts that have a much more negative view on what is ahead.

For example, Nancy Lazar is warning of a “synchronized” global recession…

Piper Sandler chief global economist Nancy Lazar warned on Monday that the world is in the early stages of a “very significant” and “synchronized” recession.

In an appearance on “Mornings with Maria” Monday, Lazar noted that a recession is expected outside of the United States.

“It’s going to be a global recession pulling down [the] Euro zone in particular,” she told host Maria Bartiromo. “It looks like China GDP [Gross domestic product] in the second quarter could also be negative.”

Actually, if all we suffer is a significant global recession that will be really good news.

Because right at this moment inflation is dramatically spiking all over the globe, we are witnessing the largest land war in Europe since World War II, and the UN is telling us that we are heading into a horrific worldwide food crisis.

An increasing number of Americans are starting to realize that things are moving in the wrong direction.  In Gallup’s April survey, only 18 percent of Americans rated economic conditions as “good”, and only 2 percent rated them as “excellent”…

The GDP news comes on the heels of newly released polling data from Gallup that suggested that economy confidence is extremely low among the American public.

Those are terrible numbers, and they have very serious implications for the Democrats in the fall.

But instead of focusing on fixing the economy, Joe Biden wants Congress to give him another 33 billion dollars for the war in Ukraine…

President Joe Biden is asking Congress for another $33 billion to help Ukraine resist Russia’s invasion and provide humanitarian aid to the Ukrainian people.

The proposal, which the White House will send to lawmakers on Thursday, includes $20 billion in additional security and military assistance for Ukraine, another $8 billion for economic assistance and $3 billion in humanitarian aid.

This is complete and utter madness.

To put this in perspective, the military budget for Ukraine is normally about 6 billion dollars for an entire year.

And much of the equipment that the U.S. is sending to Ukraine is being blown up by the Russians before it can even get to the fighters on the front lines.

With each passing day it is becoming clearer to everyone that this conflict is really a proxy war between the United States and Russia.

And nuclear war is increasingly becoming one of the hottest topics on Russian television.  For example, the following is a recent exchange between two Russian television personalities that is making headlines all over the globe…

“Everything will end with a nuclear strike is more probable than the other outcome,” she continued. “This is to my horror, on one hand, but on the other hand, with the understanding that it is what it is.”

It was at that point Solovyov chimed in, “But we will go to heaven, while they will simply croak.”

“We’re all going to die someday”?

Unfortunately, many Russians are now entirely convinced that nuclear war is coming.

But instead of pushing for peace, Joe Biden and his minions just keep escalating the conflict.

If we continue to go down this path, it will end in a nightmare.

Our current economic problems pale in comparison to the possibility of a nuclear conflict, but most Americans still don’t understand the implications of the decisions that our leaders are making.

Because if they did understand, there would be giant protests in the streets of every single major U.S. city right now.