Is the Inflation Reduction Act Really a Climate Policy Game-Changer? 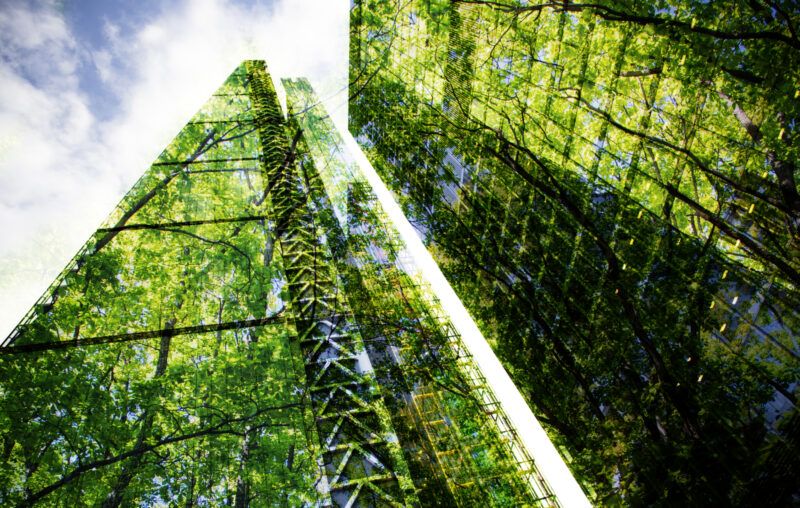 Supporters of the Inflation Reduction Act are touting it as a game-changer on climate politics. New York Times columnist Paul Krugman – who may be a bit given to hyperbole where partisan politics is involved – has even suggested the Democrats may have just saved civilization itself. Conversely some leftist critics of the bill argue it will do little to combat climate change because it also mandates oil leasing on federal lands, meaning continued use of fossil fuels for the foreseeable future. So what is it? Game changer or failed opportunity? Or, to adopt the weak student’s favorite thesis statement, is it a bit of both?

At the risk of being the weak student, I argue that it is a bit of both. Politically, by being the first successful bill that is explicitly aimed at targeting climate change – even if the Democrats had to hide that with a disingenuous name – it may be a game-changer. For the first time the U.S. has taken legislative action that, at least for now, commits it to active policies that will reduce greenhouse gas emissions, as opposed to just stated goals. Whether these policies will survive the 2024 presidential and congressional elections is unknowable, of course. Potentially this all gets repealed within a few years, forcing Democrats to start from scratch. But if not, it sets the stage for marginal enhancements in the future, just as the Clean Air and Clean Water Acts were successively strengthened in years following their original passage.

Much has been made of the expected great effect of production and investment tax credits on solar and wind power. But these are not new, they are extensions of existing tax credits that were due to expire this year. The investment tax credits, for example, have been extended to projects whose construction begins before January 1, 2025, and it is reasonable to assume they will yet again be extended after that, at least if Democrats control the government after the 2024 elections, or whenever they again do.

Solar power is still bogged down with supply chain issues and a federal investigation into alleged Chinese dumping. Not surprisingly, federal policy is at war with itself. We want more solar as fast as we can possibly install it, but we also want to design our foreign and economic policy around limiting Chinese, and promoting domestic, production.

In addition, installing more solar has limited value unless and until we can expand transmission lines to move it from where it’s produced to where it’s needed. Every model you may have seen that argues the U.S. can advance to 85 percent or more of renewables penetration in our energy supply is built on the assumption that this vast increase in our trans-continental transmission capability is built out. But that’s primarily under the control of states and communities. There is no unitary national policy or authority managing it.

The act grants $10 billion to the development of infrastructure for clean tech manufacturing, including wind turbines, solar panels, and electric vehicles. This is likely to be most heavily fought over by Atlantic Coast states, as they are the most advanced in developing offshore wind. But this is not the game-changer it might appear to be. It’s actually just federal money substituting for state and private funds that are effectively already committed. Federal subsidies don’t always make things happen that otherwise wouldn’t; sometimes they just appear to.

The act extends investment and production tax credits for renewable energy. But these credits have been repeatedly extended. They are the subsidy that never ends, despite claims that wind and solar are now cost-competitive with fossil fuel electricity production. So this is perhaps the single most predictable element of the bill. The most substantive change here is that to get the full amount of the subsidies (30 percent for investment tax credits, and $0.015 per kilowatt hour for production tax credits), firms must pay so-called prevailing wages. If anything, that added labor cost constrains renewables development at the margin by increasing its cost.

The subsidies for electric vehicles also are a continuation of past policy, rather than a substantively new policy, although this time it includes a tax credit for used zero-emission vehicles. But they come with new limitations that may hinder their effectiveness. In an effort to minimize the extent to which such subsidies have been a gift to the well-to-do, there are both income limits and limits on the cost of electric vehicles to which the subsidies can be applied. But these are still expensive cars, so to the extent the subsidy increases purchases instead of subsidizing purchases that would have happened anyway, they will be at the margin of those who were close to considering one anyway.

Worse, the subsidies will apply only to vehicles with batteries mostly built or assembled in the U.S. and with critical battery materials extracted or processed in North America or other countries with which the U.S. has a free trade agreement. The tax credit is split into two halves, with one half applying to each of those categories.

The assembly requirement begins at 50 percent and increases to 100 percent after 2028. The critical materials requirement starts at 40 percent and increases annually up to 80 percent after 2026. Most materials are mined outside the U.S. (and the Biden administration has made it difficult to open mines domestically), and China is the leading processor. It is questionable whether supply chains can adapt on such a rapid schedule.

By mixing social, economic, and foreign policy together, Congress likely has limited the effect of the continued subsidy on ZEV sales.

The act does provide some real benefit for consumers who want to, or in some states will be forced to, switch to electric appliances. Rebates of up to $840 for electric ovens or electric heat pump clothes dryers will be available, which is roughly two-thirds of the cost. Heat pump water heaters will get up to a 50 percent rebate. At a cost of over $1,500, these will still not be cheap, but for a family that’s forced to replace their water heater, it could make these more efficient appliances cost-competitive.

Homeowners will also be able to claim up to $4,000 for electric service upgrades and up to $2,500 for wiring to service the additional electrical draw from these appliances, a significant portion of the cost.

Less generous is the support for heat pumps – only up to $8,000 – and rooftop solar. The average cost of rooftop solar is around $20,000, and the tax credit is only 30 percent, leaving the average homeowner to pay $14,000 up front for a system that may take decades to pay itself off. There are likely better things for most homeowners to do with their money, and this is likely to be taken advantage of primarily by those who were seriously considering installing solar anyway.

But all that doesn’t get to the climate activists’ primary concern, which is the net effect on the U.S. greenhouse gas emissions and global warming.

The claims for the policy are a very aggressive increase in the decarbonization of the American economy. Roger Pielke reports that between 2005 and 2021 the intensity of carbon use per unit of GDP declined annually by between 4.3 percent and 4.6 percent per year, and notes that the claims for the IRA are a decarbonization rate of 11 percent per year through 2031. He asks whether that’s likely, and answers, “No, in my view, not remotely.” Anyone familiar with the venerable tradition of over-selling the effects of public policy are probably inclined to agree with him.

To sum this up, many of these policies are continuations of old policies, rather than a revolution. At the margin the act will help some people replace worn out appliances with electric ones, or electrify and make their homes more energy efficient. And the ZEV subsidies try to accomplish such conflicting goals that they are likely to have minimal effect on sales. In short, none of these policies are game changers. The only way this bill changes the game is if Democrats can keep Republicans from repealing it, or if Republicans (as with the Affordable Care Act) make a game show of pretending to try to repeal it without ever seriously intending to, which is a real possibility as more of them believe in climate change than are willing to say to their constituents. The act could then, in the tradition of previous environmental policies, be the basis for piecemeal expansion in subsequent years.

That may happen, but you bet on it at your own risk.

This article, Is the Inflation Reduction Act Really a Climate Policy Game-Changer?, was originally published by the American Institute for Economic Research and appears here with permission. Please support their efforts.