Is the Fed Paying Banks Not to Lend? 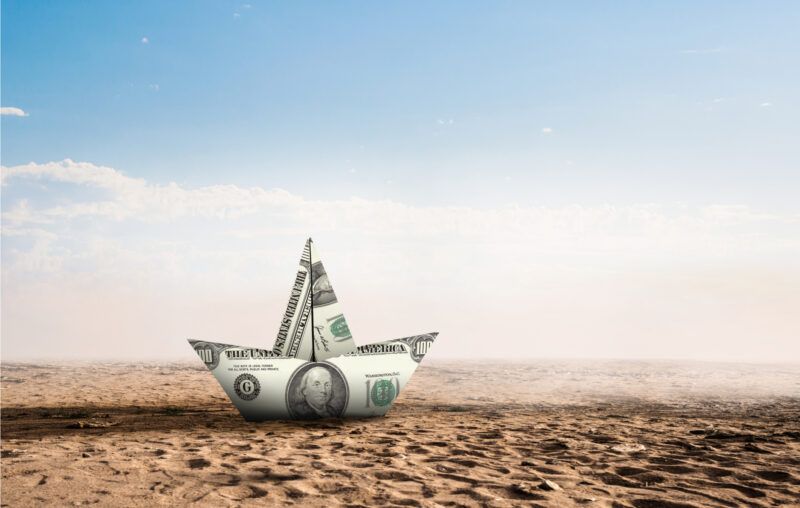 The Federal Reserve has added $2.6 trillion to the US economy since the start of 2020. These actions, along with recent fiscal spending programs, have caused many economists to worry about the risks of price level inflation and overheating of the economy, potentially sowing the seeds of future economic collapse.

The Fed conducted a similar expansion after the 2008 financial crisis. From 2008 through 2015, the Fed increased the supply of base money by $3 trillion through its repeated quantitative easing (QE) programs. Yet despite this massive expansion, the rates of inflation and GDP growth consistently undershot the Fed’s target for more than a decade.

One potential reason for the lack of economic activity is that the Fed is preventing economic growth by paying banks not to lend. Since late 2008, the Fed has paid interest on the excess reserves that banks hold at the Fed. If the Fed pays a high enough rate of interest on excess reserves (IOER), then banks may choose to hold the newly-created money as excess reserves rather than lending it out into the economy.

Economists remain highly divided about the economic effects of IOER. I examined the evidence in a recent paper published in the Journal of Macroeconomics (available for free download until July 14th). I found that the Fed’s IOER policy accounts for the majority of the decline in bank lending in the decade following the financial crisis.

At the peak of the financial crisis in late 2008, the Fed witnessed collapses in both the banking system and the broader economy. Despite access to emergency liquidity from the Fed, many banks stood on the brink of failure. Emergency lending had vastly increased the supply of money in the economy, as would the Fed’s upcoming large scale asset purchases. The Fed wanted a way to sterilize these monetary injections to minimize future inflation.

To address these problems, in October of 2008 the Fed started paying interest to banks on their excess reserves.

With this policy, the Fed saw a way to prevent bank failures and limit inflation, effectively killing two birds with one stone. First, the Fed was fortifying bank balance sheets by buying their risky mortgage-backed securities and replacing them with safe, liquid reserves. Second, paying IOER effectively sterilized the monetary injections from Fed’s emergency lending and QE programs. By paying banks to hold more reserves, the Fed could prevent the newly-created money from spreading to the rest of the economy and inflating the price level.

In some ways, the IOER policy worked as expected. Banks massively increased their reserve holdings. Figure 1 shows the total excess reserves held at the Fed, which increased from close to zero in early 2008 to more than $2.5 trillion by 2014. With each round of QE, the majority of funds were absorbed as excess reserves, effectively sterilizing these injections from affecting spending or inflation.

Some effects of IOER, however, were not as expected. The rate of IOER was expected to act as a floor or lower bound for the federal funds rate and other short-term, risk-free interest rates. But, as soon as IOER was introduced, the fed funds rate and other short-term rates fell through this supposed floor. Rather than cutting the IOER rate to match market interest rates, the Fed made this policy official by adopting a new target range for the fed funds rate with the rate of IOER being the upper bound of the range. In other words, the Fed began paying a rate of IOER that was higher, rather than equal to, short-term market interest rates.

Another effect that remains controversial is the relationship between excess reserves and bank loans. In theory, if the Fed pays a rate of IOER that is equal to short-term market interest rates, then banks should be indifferent between these assets. In this case, IOER would have no effect on bank balance sheet allocations. However, since the Fed was paying IOER that was higher than comparable market rates, banks used the new reserves as substitutes for other assets.

Some economists predicted that the banks would accumulate excess reserves in place of other short-term, liquid assets like fed funds or US Treasuries. But the high rate of IOER made excess reserves more attractive, even relative to other assets like bank loans. Figure 2 shows that the decline in loans as percentages of bank assets was almost fully offset by an increase in excess reserves.

It seems clear from Figure 2 that bank loans and reserves were inversely related. As banks’ reserve holdings increased after 2008, their loan holdings went down. But how much of this shift was caused by the rate of IOER compared to other factors, like banks’ need for safe assets or the lack of loan demand?

My recent paper, “Bank lending and interest on excess reserves: An empirical investigation” seeks to address this question. I used data on US banks from 2000 through 2018 to test how lending responded to changes in the rate of IOER. Accounting for other factors, such as changes in regulation, loan demand, and economic activity, I found the higher rates of IOER have strong negative effects on banks’ loan allocations.

Using these results, I was able to estimate how much banks would have allocated to loans if the Fed had not paid high rates of IOER. If the rate of IOER had been left at zero, I estimate that lending would have declined slightly in 2009, but it would have recovered more quickly thereafter. In total, the results indicate that the Fed’s IOER policy accounts for 63.9 percent or more of the decline in bank lending after the financial crisis.

The evidence shows that banks treated excess reserves as a profitable alternative to loans. High rates of IOER caused them to increase reserve holdings and decrease their loan allocations. The Fed was indeed paying banks not to lend.

This article, Is the Fed Paying Banks Not to Lend?, was originally published by the American Institute for Economic Research and appears here with permission. Please support their efforts.