Is Our Current Inflation Temporary? Look at the Numbers 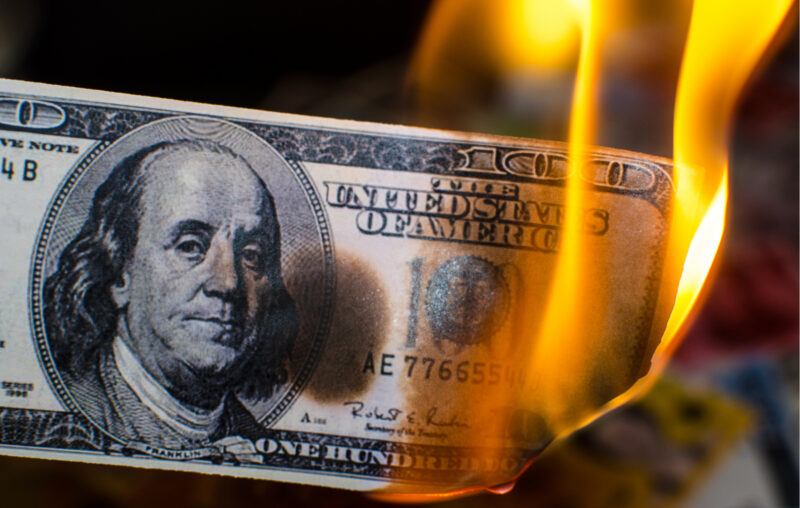 Jerome Powell, Chairman of the Board of Governors of the Federal Reserve System, has said that the current uptick in inflation is temporary, and he expects inflation to subside in 2022. Despite rising inflation, the Fed is not in an inflation-fighting mood.

Powell’s view rests heavily on interruptions in the supply chain that have caused temporary shortages leading to price spikes. Powell recognizes that declines in demand in 2020 led to low inflation that year, and says that the 2021 inflation spike is only offsetting unusually low inflation from 2020.

There are arguments leaning in the other direction, however–most significantly, the effect of inflationary expectations. Sellers are reluctant to raise prices when inflation is low, so it takes a while for inflationary monetary policies to result in actual inflation. Once people expect inflation, they are quicker to raise prices to keep up with the general rise in prices. As the 1970s showed, inflation, once started, can be difficult to stop.

Let’s set aside those various arguments and look at the official numbers from the Bureau of Labor Statistics. The most highly-publicized number is the year-over-year inflation rate (from June 2020 to June 2021), which is 5.4%. The Consumer Price Index rose by 0.9% in June alone. Those numbers reveal the spike that Powell says is temporary.

At the end of the linked article, John Williams, President of the Federal Reserve Bank of New York, says he expects inflation to be around 3% this year, dropping to 2% in 2022. That is unlikely.

Inflation in the first six months of 2021 (December 2020 to June 2021) has been 4.3%. That would be the year-end 2021 inflation rate if prices do not rise at all for the remainder of the year. That won’t happen. Williams’ projection of 3% inflation this year is wishful thinking.

People I talk with who actually buy things tell me the prices they pay are rising much faster than the official numbers. Maybe. But I’m looking at the government’s own inflation numbers and there’s not much in them to suggest that the current inflation spike is transitory.

John Williams, the New York Fed President, is expecting 3% inflation this year. I’m expecting inflation in 2021 to be above 5%. In six months, we’ll be able to look at the actual numbers and see whose estimate was closer.

This article, Is Our Current Inflation Temporary? Look at the Numbers, was originally published by the American Institute for Economic Research and appears here with permission. Please support their efforts.

Why People Are Most Likely To Retire Early Will Surprise You