Is Inflation Merely Catching Up? 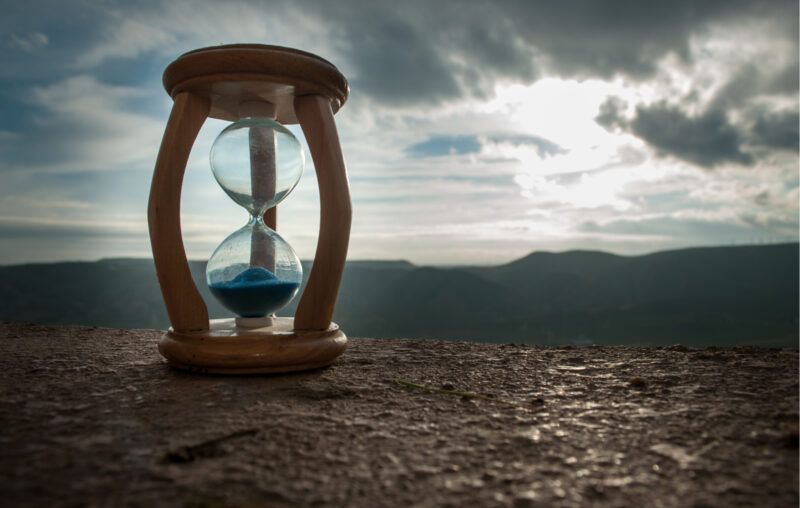 Everyone is talking about inflation. And rightly so. The consumer price index (CPI) grew by 5.4 percent from June 2020 to June 2021. That is a far cry from double-digit inflation. Nonetheless, comparisons with the 1970s abound.

To consider whether the price level was too high in June 2021, we must first specify the relevant counterfactual—that is, what the price level should have been. To this end, it is useful to distinguish the trend (or, average) rate of inflation from the rate that results when inflation deviates from trend for a period of time and the Federal Reserve (Fed) takes steps to offset those deviations.

Whatever the optimal rate of inflation is, the welfare consequences of consistently targeting a rate that is a little too high or a little too low are probably small. Far more important is that inflation is in line with expectations.

When people enter long-term contracts, they do so with an expectation of inflation in mind. Business owners agree to pay a nominal wage with some idea of what goods and services they will have to forego in order to compensate their workers over the course of the employment contract. Borrowers agree to a nominal interest rate with some idea of what real resources they will have to give up in order to make monthly payments. And so on.

It is very difficult to distinguish a change in aggregate demand from a change in the relative demand for the goods or services one produces. If aggregate demand declines, inflation falls below what was expected when contracts were entered into and production tends to stall. It is not enough, in that case, for the Fed to increase the rate of inflation to what was expected at the outset, as that would result in a price level that is persistently below the price level anticipated when those contracts were entered into. Business owners would have to forego more goods and services to pay their workers the agreed upon nominal wage. Borrowers would have to give up more real resources to make their nominal monthly payments. And so on.

In order to deliver a price level in line with what was expected at the outset following a period of time when inflation has been less than expected, the Fed must conduct monetary policy such that inflation temporarily exceeds the rate expected at the outset. It must make up for its past mistake by making an error of equal magnitude in the opposite direction. In doing so, it will cause the price level to increase back to where it would have been if its initial error had never been made and, in doing so, enable all those parties to long-term nominal contracts to continue honoring their agreements as expected, in real terms, from the start.

We know that inflation was relatively low last year. Is the inflation observed over the last few months merely a result of prices catching up to where they otherwise would have been in the absence of low inflation in 2020?

This is a tricky question to answer because it requires knowing (among other things) how much inflation was expected at the outset and how regularly long-term agreements are adjusted. But it is relatively straightforward to make some explicit assumptions, state a clear position, and then let others decide the extent to which those assumptions are reasonable––so that’s what I’ll do.

Here are my assumptions:

From (3) and (4), it follows that those entering contracts after February 2020 also expected x percent inflation.

Of these assumptions, (4) is perhaps the most controversial. To the extent that contracts entered into prior to February 2020 have not yet been renegotiated and new contracts have not been entered into, it is of little consequence. But, of course, some contracts have been renegotiated or entered into anew. Still, it seems reasonable to think that most Americans expect the Fed will prevent over- and underproduction to the extent that it can, even if they cannot articulate how or why the Fed would do that.

Assumption (3), of course, is underspecified. What rate of inflation did Americans expect prior to the pandemic? I will consider two possibilities.

One might reasonably think Americans expected the Fed to continue delivering more-or-less the same rate of inflation as it had delivered prior to the pandemic. From January 2015 to January 2020, the personal consumption expenditures chain-type price index (PCEPI), which is the Fed’s preferred measure of the price level, averaged around 1.6 percent year-on-year growth.

It would also be reasonable to think Americans expected the Fed would deliver the rate of inflation that it said it would deliver. The Fed has had an explicit inflation target of 2 percent since 2012. It revised its target to a 2 percent average inflation target in August 2020. Of course, the Fed consistently undershot this target in the years before the pandemic. And, for this reason, I think inflation expectations were probably closer to 1.6 percent than 2 percent. Nonetheless, one might reasonably maintain that 2 percent is the relevant rate. Considering a 2 percent rate also allows one to assess the extent to which Fed actions have been consistent with what it has said it would do.

Obviously, some of the high year-on-year inflation rates observed in recent months can be attributed to catching up. However, it is clear from the preceding figure that inflation has not merely restored the pre-pandemic price-level trend. PCEPI has exceeded the five-year trend since February 2021. Inflation hasn’t merely been in line with the Federal Reserve’s two-percent inflation target, either. PCEPI has exceeded the price level required to maintain an average rate of inflation equal to two percent since April 2021.

The high rates of inflation observed in recent months might be transitory, as Fed officials claim. Short-term supply constraints might push up the price level temporarily without having a lasting effect on the trend rate of inflation. It might be too soon to worry that inflation—that is, a persistent increase in the price level—will get out of hand.

But it is simply not the case that the observed inflation has merely been what was required for catching up. The price level today is greater than what it was expected to be in the absence of a pandemic and what the Fed implicitly said it would be given its two-percent inflation target. The price level has more than caught up with expectations. The question, now, is whether it will continue to grow so rapidly, remain elevated, or subside.

This article, Is Inflation Merely Catching Up?, was originally published by the American Institute for Economic Research and appears here with permission. Please support their efforts.