Is Inflation Above the Fed’s Target? 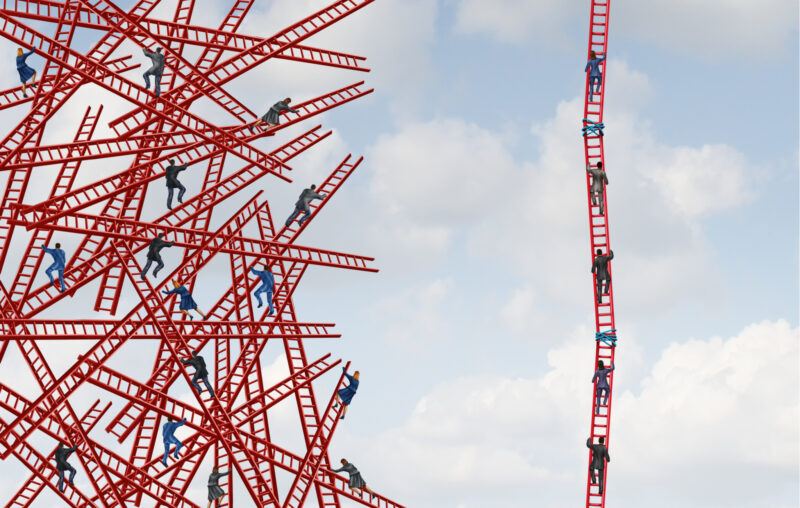 The Bureau of Economic Analysis reported year-on-year inflation of 4.3 percent for August. The annual rate of inflation was 4.2 percent in July, up from 4.0 percent in May and June. It is tempting to conclude from this that inflation is currently above the Federal Reserve’s 2 percent target. But that, it turns out, is not as easy to determine as one might think.

In August 2020, the Fed officially adopted an average inflation target. Rather than aiming for 2 percent inflation in any one period, the Fed declared, it would aim for inflation to average 2 percent over time.

The Fed’s Statement on Longer-Run Goals and Monetary Policy Strategy describes the new approach as follows:

The Committee reaffirms its judgment that inflation at the rate of 2 percent, as measured by the annual change in the price index for personal consumption expenditures, is most consistent over the longer run with the Federal Reserve’s statutory mandate. The Committee judges that longer-term inflation expectations that are well anchored at 2 percent foster price stability and moderate long-term interest rates and enhance the Committee’s ability to promote maximum employment in the face of significant economic disturbances. In order to anchor longer-term inflation expectations at this level, the Committee seeks to achieve inflation that averages 2 percent over time, and therefore judges that, following periods when inflation has been running persistently below 2 percent, appropriate monetary policy will likely aim to achieve inflation moderately above 2 percent for some time.

That, too, it turns out, is not so straightforward. It is easy to take an average, of course. But the Fed has not indicated the time period over which it aims to achieve an average rate of inflation equal to 2 percent. Is the Fed averaging inflation over one year? Two years? Five years? Is this period constant? Or, does it change based on the type or magnitude of the economic shock? The Fed doesn’t say.

Whether the Fed is above or below target at present depends crucially on when you start the 2 percent projection. Suppose one starts the projection in January 2020, just prior to the pandemic. A 2 percent average rate of growth over the 19 months since then means the price level should be 3.2 percent higher today than it was in January 2020. In fact, it is 4.8 percent higher. This would suggest that inflation is currently 1.6 percentage points above target.

Suppose, instead, that one sets the projection in January 2016, when the Fed revised its Statement on Longer-Run Goals and Monetary Policy Strategy to clarify that its inflation target was symmetric. A 2 percent average rate of growth over the 67 months since then means the price level should be 11.7 percent higher today than it was in January 2016. In fact, it is 12.6 percent higher. This would suggest that inflation is currently 0.9 percentage points above target.

Finally, suppose that we set the projection in January 2012, when the Fed officially adopted a 2 percent inflation target. A 2 percent average rate of growth over the 115 months since then means the price level should be 20.9 percent higher today than it was in January 2012. In fact, it is 17.1 percent higher. This would suggest that inflation is currently 3.8 percentage points below target.

This exercise demonstrates one significant problem with the Fed’s average inflation targeting regime: the target is not clearly specified.

The average inflation target is intended to anchor inflation expectations. Since we do not know the period over which the Fed aims to see inflation average 2 percent, it is difficult to determine whether its current actions are consistent with its stated objective. As a consequence, we do not know whether to believe that the Fed is credibly committed to its target, or that it has drifted away from its stated goal.

That reality leaves us with a much more difficult policy question today: what should the Fed do when it hasn’t done what it should have done?

Committing to a target price level growth path projected all the way back from January 2012 or January 2016 would show that the Fed now takes its target very seriously. However, it would also require monetary policy to deliver a price level that is much higher than was expected when the decisions relating to current production were made. Such a policy would probably encourage an unsustainable boom in production, which might end with a painful recession.

A more reasonable approach, I would argue, is to target a growth path from January 2020, just prior to the pandemic. Everyone recognizes that the pandemic was incredibly disruptive. That makes it easy to communicate anchoring on a projected price level growth path beginning in January 2020. The Fed could bill it as a return to the pre-pandemic normal.

Of course, anchoring on a projected price level growth path from January 2020 would also require monetary policy to deliver a price level that is higher than was expected at the time. (The Fed had systematically undershot its two percent target in the preceding years, and markets came to expect it would continue to do so.) But the gap between the target and what was expected is much smaller than those associated with projections from January 2012 or 2016. The cost of anchoring on a projected price level growth path from January 2020, therefore, would be smaller than the cost required by projections from the earlier dates. The Fed would signal that it is committed to hitting a 2-percent growth path going forward. But it would do so at a relatively low cost.

It is difficult to say whether inflation is above the Fed’s target today since the Fed has not clearly specified what it is targeting. We know that it intends for inflation to average 2 percent over some period of time, but we do not know how long that period of time will be. A better monetary rule would more clearly indicate the target in each period. Such a rule would more effectively anchor expectations over shorter periods of time and enable the public and elected officials to assess the Fed’s performance.

This article, Is Inflation Above the Fed’s Target?, was originally published by the American Institute for Economic Research and appears here with permission. Please support their efforts.