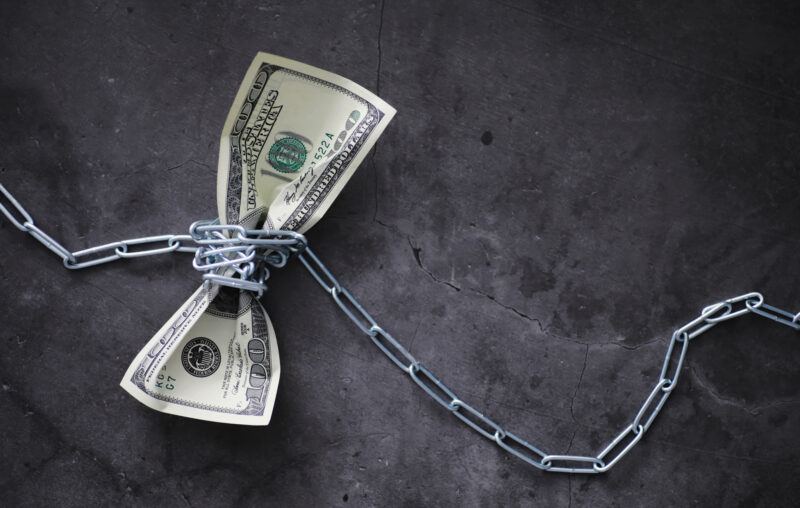 Is the Federal Reserve significantly tightening monetary policy? The conventional wisdom says yes. After a series of hikes, the Fed’s short-run interest rate target lies between 3.0 and 3.25 percent. Many commentators are worried about turbulent asset markets and the prospects of rising unemployment.

But other factors make the Fed’s stance less clear. The latest consumer price data shows year-over-year inflation at 8.3 percent. That means the real interest rate (after adjusting for inflation) is roughly negative 5 percent. The (nominal) policy rate suggested by the Taylor rule is likely in excess of 10 percent. While monetary policy may be tighter than it’s previously been, it hardly appears tight in an absolute sense.

We should also look beyond interest rates. As I recently wrote in a letter to the editor in the Wall Street Journal: “Monetary policy isn’t about interest rates. It’s about money.” So what’s happening to the monetary base and broader measures of the money supply? From a peak of $6.4 trillion last fall, the monetary base is down to $5.5 trillion. M2 has been flat since early this year. The Fed has declined to replace maturing assets with new purchases, which accounts for the small decline in its balance sheet over the same period. In this case the monetary data reinforces the interest rate data: tightening compared to previous policy, yet not tight on any reasonable definition.

The problem with Fed policy isn’t excessive tightness, it’s excessive inscrutability. We now know the Fed’s “flexible average inflation target” is asymmetric. Central bankers won’t tolerate periods of lower-than-2-percent inflation sufficient to make up for periods of higher-than-2-percent inflation. While Fed Chairman Jerome Powell has been striking a hawkish tone in his remarks to the media, he’s not committed to bringing inflation down to 2008-2020 levels. We should be glad the Fed is walking back its extraordinary post-COVID stances, but we would be unduly optimistic to expect a return to price stability anytime soon.

If the Fed’s new course results in a noticeable uptick in unemployment, it won’t be because of some mechanical relationship between disinflation and joblessness. Rather, the Fed’s lack of credibility is the culprit. Flexible average inflation targeting should come with a specific growth path for the dollar’s purchasing power. This would make the Fed’s policies more credible, and would also help labor markets put to work as many people as possible. But the Fed’s lack of clarity means inflation expectations (mainly reflecting the demand side of the economy) are poorly grounded. Unemployment is an artifact of unpleasant surprises, not monetary normalization per se.

Don’t expect a smooth ride, let alone a soft landing, until the Fed takes concrete steps to restore its lost credibility. At minimum, that means more concrete guidance about medium-term goals. While interest rates can sometimes be useful as a policy barometer, the various monetary measures (from the monetary base at narrowest to total nominal expenditures at broadest) matter far more. Unemployment and real output can only reach their potential if the Fed lays a strong foundation. Monetary policymakers aren’t currently doing that.

This article, Interest Rates and Fed Tightening, was originally published by the American Institute for Economic Research and appears here with permission. Please support their efforts.