Inflation and the Fed’s Failure to Act 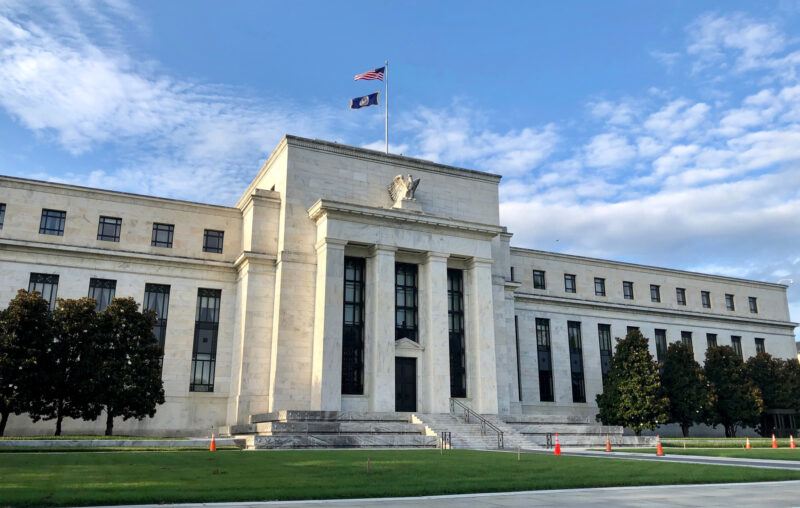 Prices are rising at the highest rates in 40 years. The Federal Reserve’s overly expansionary policy is the main culprit. Yet the Fed has taken only minimal actions to address this issue.

However, these rate increases were too late and too small to stem the current wave of inflation. The FOMC will need more drastic actions to get inflation down and signal to the public that it is taking inflation seriously. They should also seize this opportunity to implement long-term policy reforms.

Over the past year, the consumer price index (CPI) has risen by 9.1 percent, while the personal consumption expenditures price index (PCEPI) is up 6.3 percent. Americans face ever rising prices for regular living expenses like food, gas, housing, and clothing.

Fed officials have come to accept monetary policy as a major cause of recent high inflation. Auto computer chip and raw material shortages played a role in the early stages of recovery and high oil prices have contributed more recently. However, price increases have been widespread. Core PCEPI inflation, which excludes food and energy prices, is far above the Fed’s long-term target of two percent.

The inflation problem appears to be persistent, not “transitory” as Fed officials had previously claimed. Despite the recent rate hikes, inflation remains elevated. The FOMC projects inflation will be above target through 2024. Financial markets’ implied expectations of future inflation have declined over the last month, but still suggest inflation will exceed 2.5 percent per year over the next five years.

The widespread and persistent price increases appear to be a symptom of monetary policy. Why didn’t the Fed respond sooner to the threat of inflation?

First, Fed officials relied too strongly on their technical models, which predicted that inflation was transitory. They failed to learn from their mistakes in the Great Recession of 2007-2009, when overreliance on faulty models prevented the FOMC from cutting interest rates fast enough, which amplified the magnitude of the recession.

Second, the FOMC adapted the interpretation of its mandate in ways that allowed more inflation. It changed from an inflation target of two percent per year to an average inflation target of two percent over time (so they claimed), which delayed its response to high inflation. It reinterpreted its full employment mandate to be more inclusive and promised not to raise interest rates until the economy reached this expanded conception of maximum employment. In addition, Fed officials prioritized nonmonetary goals like inequality, climate policies, and emergency lending to nonfinancial companies, diverting its attention from the core task of keeping inflation low.

Third, the Fed monetized the fiscal deficit on an unprecedented scale. On its own, debt-financed government spending has little effect on total spending. The additional government spending enabled by newly issued bonds tends crowd out private sector spending, as businesses and consumers face higher interest rates. When the Fed monetizes those bonds, however, the new money boosts total spending and, with it, prices.

In response to the pandemic, Congress increased fiscal spending by $5 trillion. The Fed purchased around $3.4 trillion in U.S. Treasury bonds. In other words, the Fed monetized roughly 68 percent of the debt required to finance the fiscal policy response.

What can be done?

In the short run, the Fed must address the inflation problem. Increasing interest rates may not be enough. The Fed should adopt a monetary policy rule in order to increase their credibility and minimize uncertainty about their policies. As Scott Sumner and others have argued, a nominal spending rule might be the most effective way to achieve neutral, predictable monetary policy.

In the long run, the Fed should get back to basics. Fed officials must prioritize monetary stability over political objectives such as inequality and climate policy. To simplify its operations, the Fed should consider returning to the pre-2008 corridor system of monetary policy.

This article, Inflation and the Fed’s Failure to Act, was originally published by the American Institute for Economic Research and appears here with permission. Please support their efforts.