India Could Be Our Most Important Geo-Political Partner 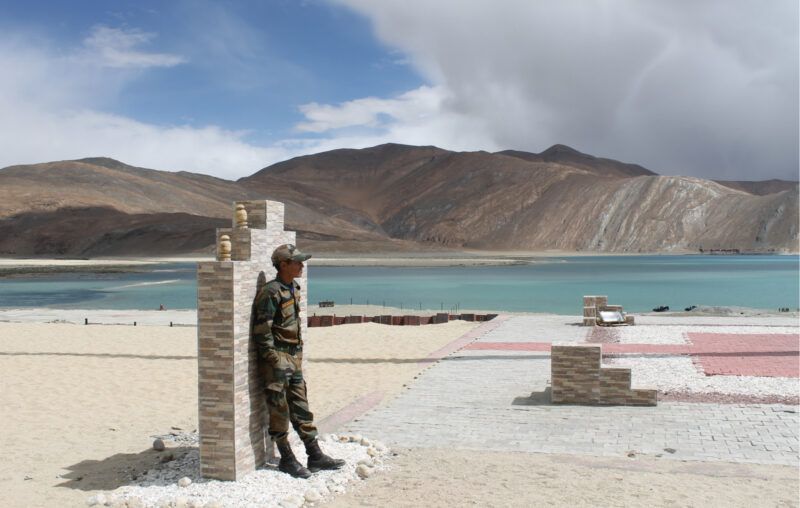 On Friday, June 26, 2021, John P. Waters, President of the Hudson Institute, held a conversation with the Indian Ambassador to the United States, Taranjit Singh Sandhu. They discussed the contemporary challenges and opportunities associated with US-Indian relations, to which there are many. Waters confidently proclaimed at the end of the meeting that deepening ties with India is one of the greatest strategic goals for the United States. He’s not wrong.

“Our Time Has Come”

Alyssa Ayres, a Senior Fellow at the Council on Foreign Relations, published a book entitled Our Time Has Come detailing India’s meteoric rise to near-global superpower status. The title of her book was inspired by the remarks of Indian prime ministers who made such comments in response to India’s recent and rapid economic growth. Although India has since stumbled upon some considerable growing pains, from crippling bureaucracy to rampant corruption, it would be ignorant to suggest that India has not arrived on the world stage.

Many Americans likely view India through the lens of various stereotypes much like they might have viewed China, prior to the narrative shifting towards them to being a geopolitical rival. When India is mentioned, people might first think about its backward and counterproductive caste system and desperate poverty, which is certainly an issue as it is with all developing countries. Even today, millions of people still live in deep poverty in China, but we tend to focus on the fact that they have made great strides in reducing that number as well as the overall power of its economy.

The same can be said about India, which began a successful economic liberalization campaign in 1991, shrugging off some of its anti-capitalist leanings left over from its independence from Britain in 1947. Bengaluru (also known as Bangalore) is known as India’s Silicon Valley and is widely known as one of the world’s fastest-growing tech hubs. India has since seen economic growth rates as high as 9% a year and is currently the 6th largest economy in the world which puts it between France and Britain. Much of that is because of India’s massive population that is set to easily overtake China within the decade, which gives it a dismally low GDP per capita of only $2,099 per person (2019). According to the US Trade Representative, India is currently our 9th largest goods trading partner with the United States being India’s top trading partner by a large margin.

All this points to the fact that India is nowhere near its economic potential. With proper economic reforms, such as increased privatization, the Indian economy could easily surpass the United States given its massive population. With its newfound economic strength, India has also begun to modernize and rearm its military, which is now ranked by Global Firepower.com as the 4th most powerful in the world.

With this in mind, India presents exciting new possibilities for trade and mutual cooperation for the betterment of humanity.

India, especially under its current Prime Minister Narendra Modi, has signaled its desire to look beyond itself and become a global player with its newfound strength. The good news is that for the most part, it seems India seeks to align itself with the United States rather than China. India has announced its support for mutual goals such as democracy as well as a free and open world.

The Trump Administration made an important symbolic gesture in 2018 by renaming its oldest and largest military command, the Pacific Command, to the Indo-Pacific Command. This symbolized a shift in understanding that recognizes the key role India plays in the Pacific region to US military interests. With the Chinese military becoming an increasingly troublesome presence in the Indo-Pacific region, threatening everything from billions of dollars worth of trade to core US allies, the US desperately needs a powerful partner in the region. Our traditional allies in the region, such as Japan, South Korea, Taiwan, and Australia, are dwarfed by China and could become liabilities if conflict breaks out.

Unlike China, India truly values democracy and a rules-based international order, with a particular desire to keep the Indo-Pacific region free and open. This is exactly what the United States needs. Looping back to the conversation between Ambassador Sandhu and Waters, India and the United States have a tremendous opportunity to collaborate on issues such as combatting piracy, reducing terrorism, and enhancing cybersecurity in the region. Furthermore, India seems to be shedding its previous Cold War policy of non-alignment. Jeff Smith from the Heritage Foundation makes the following comment regarding India’s non-alignment advocates:

“They are losing ground, however, to a growing chorus of Indian voices that see alignment with the United States as a way for India to secure its strategic autonomy vis-à-vis its principal security threat: China.

These debates have gained greater salience in recent years as India confronts an escalating rivalry with China that has entered a new chapter following the outbreak of a deadly crisis at the disputed Sino-Indian border this summer. At the same time, it has developed an increasingly intimate strategic partnership with the United States.”

During the conversation between Ambassador Sandhu and Waters, the ambassador noted that US military equipment (which the Indians increased their purchases to $3.4 billion worth during the last year of the Trump Administration), particularly vehicles like helicopters, played an important role in mobilizing Indian forces to the border to confront China. This again points to the important role the United States can play as a strategic partner with India and vice versa, in our shared vision of a free and open Asia. In fact, The Times of India reported that during the transition of power from Trump to Biden, the previous administration declassified a policy calling for the acceleration of India’s rise through “diplomatic, military, and intelligence support” to contain China.

India is the clear check on China’s power, being another massive country conveniently sharing a border with China. Furthermore, India shares proximity with a number of other countries with strategic interests such as Afghanistan, Iran, Pakistan, and many impoverished South Asian countries. A strong and assertive India could help bring peace and prosperity to the region.

India may say that it stands for democracy and human rights; however, its democracy is notoriously corrupt and full of identity politics, far worse than the United States. It’s common knowledge in India that bribery is necessary to get anything, even things as basic as a birth certificate. The caste system and severe regional ethnic conflicts left over by the British colonial government arbitrarily drawing borders make Indian politics particularly nasty. Furthermore, India’s human rights track record is also a concern, as many sources such as the US State Department report that the Indian government still engages in the repression of minorities and other abuses of power. In its Arms Sales Risk Index, the Cato Institute labeled India as one of the more risky nations to sell weapons to, likely due to its dangerous neighborhood, corrupt government, and history of cooperating with US rivals like Russia.

India’s economic reforms are also far from complete. According to the Council on Foreign Relations,

“The Indian economy remains relatively protectionist, and no clear consensus exists on the benefits of a more open economy or stepping up the pace of economic reforms.”

India’s bureaucracy is notoriously bad, as the BBC reports that India has been rated the worst in Asia, even worse than Communist China and Vietnam. American free-market personality John Stossel even highlighted in a video the difficulty of starting a business in India due to the sheer size and crippling incompetency of its bureaucracy. Such policies not only make it difficult for foreign investment to effectively engage with India but also for its citizens to prosper.

Finally, although India seems like a promising partner, it is always important to understand that India has traditionally been against aligning itself with any powers, be it the West or what’s left of the Soviet Bloc. It remains to be seen just how much India is willing to cooperate with the United States and the West. The last thing that needs to happen is a similar situation to China. That is, the Chinese made unkept promises to liberalize in exchange for greater support from the West.

The rise of India is an exciting occurrence not just because a prosperous India will unleash the productive and cultural energies of over a billion people, but because the US desperately needs strong partners. It is becoming increasingly more difficult as well as imprudent to be the world’s policeman, which has placed a significant strain on American taxpayers as well as the health of America’s limited government. If both countries can play their cards right, US-India cooperation could become an unstoppable force, accomplishing everything from containing China to fostering a free and prosperous Indo-Pacific region.

This article, India Could Be Our Most Important Geo-Political Partner, was originally published by the American Institute for Economic Research and appears here with permission. Please support their efforts.