Increasing Evidence that Lockdowns and Social Distancing are Harming Kids 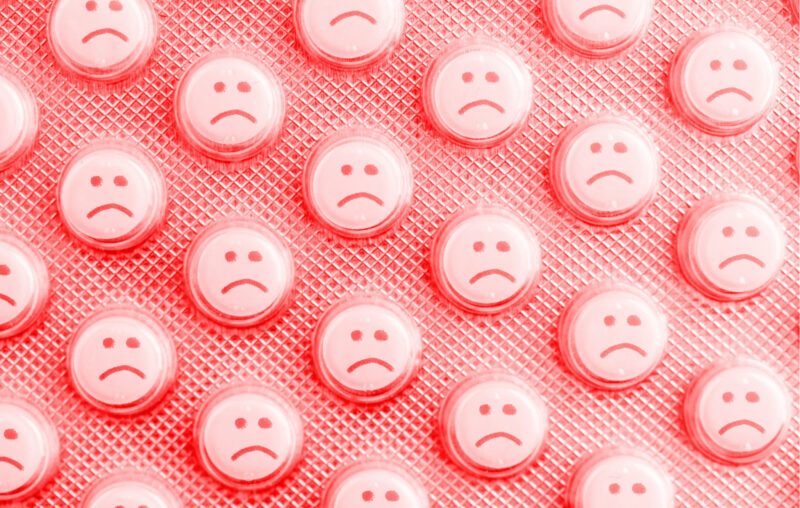 Last Thanksgiving, I argued that the state-mandated policy of lockdowns and social distancing to combat Covid-19 was an assault on our very humanity that was having grave consequences the central planners didn’t seem to even begin to understand. Opponents of lockdowns have been pointing out these unintended consequences from the very beginning, ranging from people falling back into their addictions, increased domestic violence, to a widespread failure to detect treatable diseases like cancer before it became too late. As bad as these are, the negative consequences for children have been especially heartbreaking as more and more evidence piles up that the government’s Covid mitigation measures are doing serious harm to children of all ages across the country. In short, the past year has been simply brutal for the mental and physical health of kids and young adults.

A recently released CDC report found that visits to emergency rooms for attempted suicide around the country for children aged 12-17 at first decreased when the lockdowns began in the Spring of 2020, but then quickly skyrocketed past the previous year’s levels for the same time frame compared to 2019. From July 26 to August 22, 2020 emergency room visits for suspected suicide attempts among adolescents were up 22.33 percent compared to that timeframe in 2019. This winter was even worse, with a 39.13 percent increase in visits for adolescent suicide attempts between February 21 and March 20 of 2021.

As unfortunate as it is, this data likely only begins to scratch the surface of the trauma and long-term negative effects the past year has had on kids. A research letter published in the Journal of the American Medical Association reports that children, like adults, have been gaining weight during the pandemic. The study separated children into three cohorts, ages 5-11, 12-15, and 16-17, and found that the percentage of children who were overweight or obese had increased in every cohort. The increase was greatest among the 5-11 cohort, with an 8.7 percent absolute increase from 36.2 percent before the pandemic to 45.7 percent when the study was conducted. For the 12-15 and 16-17 cohorts, the absolute increase was found to be 5.2 percent and 3.1 percent, respectively. The authors noted that “Most of the increase

among youths aged 5 through 11 years and 12 through 15 years was due to an increase in obesity” (as opposed to merely becoming overweight).

Given the numerous negative health effects that come from being overweight or obese, such trends should be setting off alarm bells for the public health officials who seem to be constitutionally unable to factor in the concept of trade-offs into their pronouncements and policy recommendations.

It is very possible that in the decades to come the cost of treating obesity-related health issues, both in human health and monetary terms, will far outweigh the supposed benefits derived from the Covid mitigation methods that led to the weight gain in the first place. For just one example, the CDC states that “Heart disease is the number one killer of both men and women” and being overweight or obese is a major contributor to heart disease risk factors. For reference, heart disease killed 690,000 people in 2020, over twice as many people as were killed by Covid itself.

But the data gets even worse. A recently released pre-print study that has been submitted to the journal Developmental Cognitive Neuroscience has found a disturbing decrease in verbal, nonverbal, and overall cognitive scores for infants born since the start of the pandemic when compared to infants born before January 2019. According to the authors, “Across all measures, we found cognitive scores were significantly reduced during the pandemic by 27 to 37 points (or almost two full standard deviations)” for children born during the pandemic.

The authors note that much more research is needed, but hazard some potential explanations, noting that “masks worn in public settings and in school or daycare settings may impact a range of early developing skills, such as attachment, facial processing, and socioemotional processing.” The authors also note that the fact that the staff conducting the assessments were wearing masks may have contributed to the shockingly low scores. It is worth noting that economist Emily Oster, who has been a prominent voice in the debate about reopening schools, argues that the results of the study are highly improbable given what is known about how IQ scores operate.

Hopefully, Oster is correct and infants born during the pandemic are not as developmentally impaired as the study suggests. On the other hand, it would not be surprising to learn that the widespread use of masks would be having a negative effect on infant development of some kind. Vanessa LoBue, an assistant professor of psychology at Rutgers, has written that “Decades of research from many different labs suggest that faces are quite special for infants right from birth” and that over the next few months of life “faces will become a newborn’s favorite stimulus.” LoBue notes that newborns have an amazing and rapid ability to learn about and differentiate between faces and expressions. She also notes that “infants’ expertise with facial expressions becomes an extremely valuable tool for learning in the second half of the first year” as infants look to others for facial cues to guide their actions as they begin to explore the world. It is a very real possibility that widespread masking is negatively affecting the development of this crucial developmental process.

While scientists are only just beginning to truly unravel the numerous negative unintended consequences of Covid mitigation efforts, these preliminary studies and data are clear that children are suffering under the masking and social distancing regime. While it is unfortunately too late to stop the harm that has already been done, it is not too late to stop such destructive policies going forward or to ensure that we learn from this disastrous episode in public health history and take steps to ensure that they are not adopted again in the future.

This article, Increasing Evidence that Lockdowns and Social Distancing are Harming Kids, was originally published by the American Institute for Economic Research and appears here with permission. Please support their efforts.