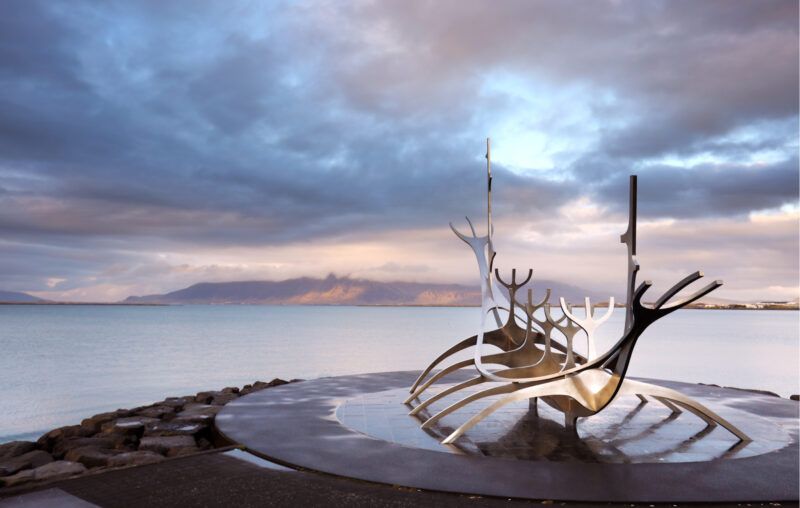 A lie can get around the world faster than truth can get its pants on, according to the adage apocryphally connected to Mark Twain or Winston Churchill (or Jonathan Swift).

One such kind of lie, or at least obfuscation, is what I call “progressive pop news” – pieces of news, usually quasi-academic studies or gripping anecdotal evidence, that pertain to confirm the long-held biases of progressives. They often have to do with environmental news (think the Arctic, or melting glaciers), but can be anything from the wonders of racial equities or gender-diverse corporate boards to the success of minimum wage laws. In the case of last week, our beloved progressives found issues with the nature of work itself – and the evil corporations that have us work too much, for too little pay.

We should therefore work less, for the same pay (also known as a raise).

Two trials of shortened work weeks in Iceland between 2015 and 2019 came to a stunningly positive result, suggested the British NGO and an Icelandic partisan one who authored the report. (Not wanting to participate in this PR campaign of theirs, I refrain from stating their names or linking to their websites. Interested readers are presumed competent in the art of googling.)

Following “longstanding calls from grassroots organisations and unions,” activists convinced the City of Reykjavík to begin trials with 66 people in select offices, measuring performance against a control. The work week was to be reduced by 1, 2, or 3 hours per week, with maintained pay. After some politicking and “initial success,” the trial exploded to 2,500 employees across all levels of the Icelandic state, with interested departments and offices self-selecting to take part. Any notion of controls disappeared. All employees involved were government officials, ranging from critically important services like the City Library and City Museum, to parking services and curators of the botanical garden (yes, really). Among those with the greatest reduction in work, 4 hours per week, we find the police department in Westfjord (which recently made headlines for chasing rumors of a stray polar bear) – a remote mountainous area of 7,000 inhabitants and a grand total of 22 officers.

The results were apparently astounding, with lots of positive comments by participants and no noticeable decline in any services. BBC reported that the “Four-day week” was an “overwhelming success,” with HuffPo and CNBC echoing the same sentiments. Covering 1% of Iceland’s workforce, the grandiose scheme had now been extended to possibly cover 86% of employees, we were led to believe. (Under the not-so-careful hands of Business Insider’s Chris Weller, it became 86% “now making moves for reduced hours”). Bloomberg reported it; the Independent ran hopeful political quotes by one of the think tank’s “director of research;” and fellow Nordic news and radio broadcasts were full of it.

And yes, by “it” I also mean bull. As with all progressive pop news, claims are very fishy and journalistic scrutiny is suddenly nowhere to be found.

Let’s begin with the organizations I won’t name: the British one openly describes itself as focusing “on the future of work and economic planning,” as if trying to plan the economy was a great feat to brag about. Their Icelandic counterpart is a typical small-scale, run-of-the-mill, politics-is-corrupt initiative, calling for extreme democracy over the economy, corporations run by employees, and power returned to the people from the “small and powerful groups” that now allegedly control everything.

Great. This is the progressive version of letting Westboro Baptist Church give testimony on the mental health issues in the LGBT community, or have a spokesperson for ISIS craft U.S. foreign policy.

Next, some of the outrageous claims. The trial included no 4-day work week, and whether it was a great success I’ll leave the reader to decide. Depending on the exact offices involved, some gave extra time flexibility, others running overlapping short vs. long weeks (with alternating shorter hours and Friday afternoons off). Most offices reduced working weeks by a paltry 1 or 2 hours, and through the activist keyboard warriors at BBC or HuffPo, this became a “four-day workweek” – presumably because the organizations behind the study explicitly considered that a policy goal. Other wacky commentary included Yahoo Finance, according to which workers apparently had three extra days off each week.

For the initial trial of 66 people, there were apparently some control groups involved. Then the initial “success” warranted a much larger pool, reaching the sensational “1.3% of the workforce” figure that international news outlets jumped on. Somewhere between the pompous description and the “analysis,” the control groups disappeared, probably joining the overall rent-seeking glory. The superficial metrics used for each office to measure their performance during the trials were vague enough to include the entire department’s activities (permits issued, traffic violations written, immigration cases closed, and average waiting times) and be impacted by variance much larger than what a few hours’ work would warrant. Relegated to the end of the report, the quantitative comparisons juxtaposed performance before the trial with that after, repeatedly indicating that no negative effects could be discerned. (What, one wonders, were the point of control groups if you only meant to do an observational study anyway?).

Thankfully, it seemed that the Westfjord police officers could write as many speeding tickets as they had before the trial and even close more cases the year after the trial began than they had in the two years before. Hurray.

Most news releases, perhaps in their eagerness to spread progressive gospel, played fast and loose with numbers. Some focused on the 1% of the labor force which, while approximately true, is highly misleading for a country whose population is just shy of 370,000. Others suspiciously aggregated all who had moved to shorter workweeks with all who “have gained the right to trim their working hours,” and those who “soon might gain that right” via ongoing union negotiations. Stunningly, such inclusive arithmetic yielded 86% of the workforce. In the wholly incompetent journalistic hands of Annie Nova at CNBC, this arithmetic magic became a certainty: she quotes Jack Kellam, researcher at the British NGO, saying: “Nevertheless, even though Iceland is a comparatively small national economy, 86% of the population has made the shift.”

To recap the ludicrous trajectory in the world’s progressive news media over the last few days, we went from 1% of labor force in trial for shorter working hours, to 86% of labor force potentially covered by union agreements that may soon, possibly, potentially work shorter hours, to 86% of the population having already made the shift to a 4-day work week. Blimey, how quickly the lies can grow, multiply, and expand across the world.

One private sector company, not part of the trial, was bullied by its union in 2020 to shorten work weeks by a full 35 minutes. Explosive stuff, I know (The report doesn’t reveal any further results from that employer).

And for the greatest cluster-f— of all: these are all government employees. Public officials. Civil servants. The kind that push paper for a living, when not dead set on annoying the rest of us with bureaucratic nothingness. The report stated that

“To be able to work less while providing the same level of service, changes in the organisation of work therefore had to be implemented. Most commonly, this was done by rethinking how tasks were completed: shortening meetings, cutting out unnecessary tasks, and shifts arrangements.”

If anything, the story suggests that government employees working less does not cause any identifiable harm to society.

Knock me down with a feather: You mean to say that government employees, the masters of needless paper pushing, in wholly inessential government services, could work less and nothing seems to have happened to their already questionably-measured “output?”

The interviews with selected employees were altogether positive – surprise, surprise – with lots of juicy quotes about more time for family and mental well-being. Well, why wouldn’t you, if you needed to attend your leisurely unproductive government job for a few hours less each week, with no cut to your income?

Snark aside, I don’t think anybody objects to removing “unnecessary tasks” or “shortening meetings” – inside or outside of government. The relevant question is, of course, how much that has anything to do with the length of the work week rather than the nature of government work.

May I be so bold and suggest an extension to this hyped-up trial?

Let’s go big, and do a 50% reduction in the length of the work week; then we can gradually move towards zero hours worked. At first, I’d be happy to maintain these officials on full pay, just to get them out of their offices, before we’d phase out their pay too. Yes, let’s altogether relieve them of their counterproductive working duties. Chances are we’ll find a lot more tasks that were “unnecessary,” a lot more “services” not doing anything but annoying the public, and a lot of public officials creating work for themselves rather than value for their citizenry.

In a terrible “study,” Iceland showed that we can reduce the hours worked by public officials without any meaningful negative outcome to society. Shocking, I know.

This article, Icelandic Study Suggests Government Workers Are Unnecessary, was originally published by the American Institute for Economic Research and appears here with permission. Please support their efforts.