I, Meal: The Symphonies of Cooperation on Made in a Day 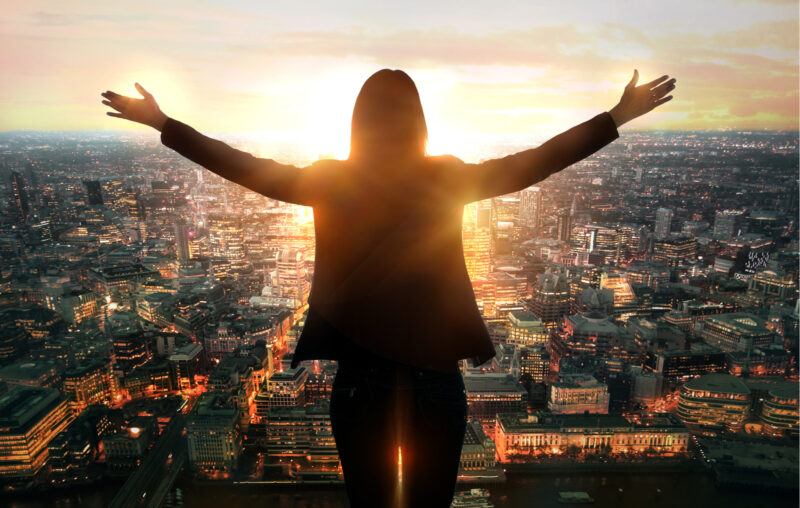 Recently, my family watched a series on Disney+ called Made in a Day. It’s a steady diet of wonders with episodes explaining Tesla automobiles, rockets, fire trucks, John Deere tractors, Jeep Wranglers, fire trucks, Gibson guitars, Tabasco sauce, Jack Daniel’s, New Balance sneakers, and GateGourmet airplane meals. Every product is a mundane miracle of knowledge, cooperation, and how “civilization advances” according to Alfred North Whitehead–”by extending the number of important operations which we can perform without thinking of them.” They are regular rehearsals of the lessons Leonard E. Read teaches in “I, Pencil.”

I don’t like the show’s title because nothing is “Made in a Day.” Something might be assembled in a day or shipped in a day, but by this point, it already embodies numerous processes and vast amounts of knowledge no single person knows. Both Gibson and Jack Daniel’s, for example, use a lot of wood for guitars, whiskey barrels, and charcoal. They don’t use just any wood, either: they use particular kinds of wood because they make the kinds of guitars and whiskey barrels worthy of the names “Gibson” and “Jack Daniel’s.”

These products emerged from years and years of trial and error. People might not see why this brand succeeded where that brand failed–or in precise detail why Jack Daniel’s has such broad appeal while other whiskies don’t. Fortunately, in a commercial society, whiskey consumers owe no one else an explanation beyond “At that price, I’m willing to buy it.”

The GateGourmet episode was especially fascinating. It focused on the GateGourmet kitchen at LAX and explained just a few things that make preparing airplane meals a unique challenge. GateGourmet serves some 530,000 meals a day–40,000 or so out of LAX alone–and the importance of risk management and timing in foodservice make this a compelling case. For example, they talked about loading a plane from LA to Sydney with 960 meals for 320 passengers: two meals and a snack. If their “success rate is a “mere” 99.9%, that would mean at least one sick passenger per LAX to Sydney flight.

The program also makes me think about how inaccurate it is to say something is “made in America” or “made locally.” For John Deere, some 70% of the materials come from outside Waterloo, Iowa. The parts for Jeep Wranglers “made” in Toledo, Ohio, come from around the world. However, John Deere owns a foundry that makes high-strength iron from recycled scrap and perhaps does the iron production in-house for quality control reasons (or tax reasons, as iron and steel are regulated, protected industries). As an economist looking from the outside, this puzzles me: why not buy the iron from a supplier? For now, I content myself with the knowledge that they have their reasons and are in a better position to evaluate those reasons than I am.

Every program emphasizes quality. Companies are not just making noise about it, either, because what looks successful in a one-shot game can be suicidal when the customers have options. Retail innovator Sol Price, the inventor of the modern warehouse club, once told a story about a farmer that started cutting corners by mixing a little bit of cheap straw into its horse’s hay. It didn’t seem to make a difference at first, so he kept trying to stretch the hay by adding more and more straw. Eventually, the horse died, and the farmer got upset because, after all, he had just taught the horse to eat nothing but straw.

The show emphasizes just-in-time production processes and inventory management. John Deere tractors receive multiple parts deliveries every day. The GateGourmet episode highlighted the premium they put on freshness. At the same time, GateGourmet had an enormous warehouse filled with carts, ovens, flatware, cups, plates, bowls, and all sorts of other things ready to go, which suggests profitable opportunities for people who can help them improve their inventory management.

I was especially interested in the discussion of how airplane meals have changed. When commercial air travel started, it was a luxury reserved for the wealthy. Since the Civil Aeronautics Board set minimum prices, airlines competed by providing better in-flight amenities. Moreover, they strategically protected their route monopolies by flying lots of planes below capacity. Then when a competitor applied for the right to a particular route, the incumbent could point at their half-full planes and say the route did not need another airline.

That broke down with the Airline Deregulation Act in 1978. Airlines cut back on competition through frills and started competing by lowering fares rather than offering more and better frills. As people have gotten richer, they have demanded better, and higher-quality food is making a comeback. The production process for an airplane meal is simply spellbinding (if you’re a certain kind of person). From where we sit, it looks flawless. I’m sure that’s definitely not the case on the ground, but it’s flawless enough that we eat snacks and food on planes without worrying too much about getting sick.

From the sidelines, it might seem silly to think having this particular corn for Jack Daniel’s whiskey or this particular vinegar for Tabasco sauce makes that much of a difference. Those of us on the sidelines, though, are not the ones with our reputations and livelihoods riding on those decisions. When companies have been found out for compromising on quality, consumers have punished them. I’m mature enough to care about quality now (I think), and I have an income high enough to pay for it; therefore, there are some places where I don’t buy meat or produce because I’ve had bad experiences with them in the past.

I like shows like Made in a Day for several reasons. First, they explore the wondrous in the seemingly-mundane. Tractor manufacturing might not stir the blood or fire the imagination like glory on the battlefield, glory on the football field, or intense scientific investigation, but it deserves a place alongside them. Second, they renew my appreciation for decentralized, spontaneous orders emerging out of a commercial system with no one in charge. Airplane meals, tractors, guitars, and whiskey are the products of human design, but they are the products of human design that are parts of a broader symphony of order and cooperation no one mind is composing.

This article, I, Meal: The Symphonies of Cooperation on Made in a Day, was originally published by the American Institute for Economic Research and appears here with permission. Please support their efforts.