Hyperbitcoinization: By Choice or by Force? 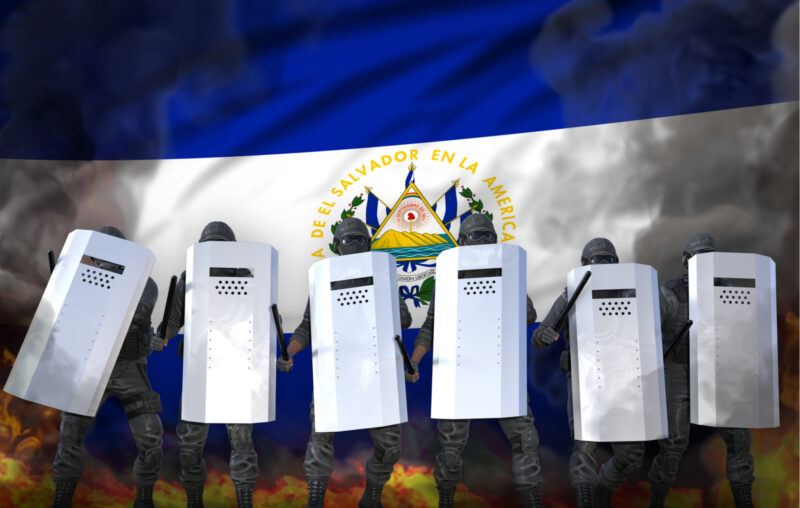 On June 5th, El Salvador became the first country in the world to require its citizens to use bitcoin. President Nayib Bukele made the announcement at a major bitcoin event and El Salvador’s Congress ratified Bukele’s Bitcoin Law a few days later.

Until now, bitcoin adoption has proceeded in a market-driven manner. Bukele’s announcement marks the first time that government force is being used to speed up bitcoin acceptance.

Bitcoin has always had a strong culture united around the values of freedom and choice. The community is still digesting El Salvador’s bitcoin-by-force law. But if it embraces it, this could represent a major shift in bitcoin’s ethos.

It is rare these days for governments to force retailers to accept a particular item as payment. In most parts of the world, acceptance of banknotes, coins, or cards is almost always a matter of choice. That is, merchants and their customers have the freedom to negotiate what payment method to settle a purchase. Don’t want to accept $100s? Fine. The government stays out of the way. Don’t want to accept Visa or MasterCard? No problem. You won’t go to jail.

What about legal tender laws? Legal tender laws don’t typically apply to spot market transactions—that is, purchases at a retailer. Rather, they define a list of instruments that a debtor can use by default to settle their IOU. Legal tender laws are usually innocuous and have almost no relevance to modern economic life.

By contrast, forced money rules like the one adopted by El Salvador can have a huge effect on commerce.

One of the few countries to adopt a forced money law is Denmark. Its cash rule was adopted in 1984 in response to the introduction of Dankort, a bank-run debit card, and requires any retailer that accepts cards to also accept cash. Exceptions are made for online stores and unstaffed gas stations. But, otherwise, the law forces retailers to accept cash.

There are also a number of municipal and state governments in the U.S. that have introduced rules obligating retailers to accept cash.

In his survey of forced money law, economist Dror Goldberg hypothesizes that the law’s appearance through history is a function of economic and political authoritarianism. Goldberg documents the law’s revival under the dictator Napoleon Bonaparte, who imposed a fine of “fine of six to ten francs and imprisonment of five days for relapse.” It was subsequently exported to the countries that France conquered.

And now El Salvador joins this list of jurisdictions which have forced money laws.

Let’s look at the legislation more closely. Article 7 of El Salvador’s newly passed Bitcoin Law requires merchants to accept bitcoin payments. “Every economic agent must accept bitcoin as payment when offered to him by whoever acquires a good or service.”

According to Article 12, merchants who don’t have technology are absolved of the obligation to accept bitcoin. But, as George Selgin suggests, once provided with the necessary training and hardware by the government, retailers and merchants will presumably no longer be exempt.

The government has promised to create a facility that allows retailers who don’t want to hold bitcoin to automatically convert it to US dollars. But the fact remains: El Salvador’s forced money law obligates retailers to maintain whatever hardware/software setup is necessary to comply with the new law.

A double standard has emerged. El Salvador does not have a forced money law for U.S. dollars. El Salvador officially adopted the U.S. dollar in 2001 with the passage of the Monetary Integration Law, which replaced the local currency, the Salvadoran colón. Scroll through the 2001 legislation and you’ll find no counterpart to Article 7. Retailers can say no to $1 bills, $100 bills, or any other bill. But, thanks to the new Bitcoin Law, they can’t say no to bitcoin.

Bitcoin-at-gunpoint is not compatible with bitcoin’s original ethos

Bitcoin has always had a strong grassroots community devoted to educating the public about bitcoin and driving adoption. From the get-go, this community has been associated with an ethos that embraces freedom, voluntarism, and free competition. It historically aligned itself with those who advocated choice in currency, such as the free banking community, which has long called for an end to the government’s banknote issuing monopoly.

With the appearance of Bukele’s bitcoin-by-force law, the Bitcoin community suddenly finds itself in strange company. Bukele can help the community with its goal of growing bitcoin usage. But Bukele’s approach exhibits the illiberal characteristics that the community once condemned.

Hyperbitcoinization is one of my favorite bitcoin ideas. It is probably the purest expression of grassroots bitcoinism there is:

“Hyperbitcoinization is a voluntary transition from an inferior currency to a superior one, and its adoption is a series of individual acts of entrepreneurship rather than a single monopolist that games the system.” [source]

Originally conceived in 2014 by Daniel Krawisz of the Nakamoto Institute, the high temple of Bitcoin thought, hyperbitconization is the idea that bitcoin is such a good currency that it will literally compel itself upon the world through “individual acts of entrepreneurship.”

According to Krawisz’s original definition, hyperbitcoinization is supposed to be a voluntary transition. It isn’t initiated by “a single monopolist” who “games the system.”

But Bukele is a single monopolist. He can create the system. And so he challenges the entire notion of hyperbitcoinization.

Some people in the bitcoin community were quick to criticize Bukele’s forced money law. Plenty of bitcoiners embraced it. It’s hard to avoid the conclusion that bitcoin’s culture is changing. Getting to 100% bitcoin adoption remains a core plank of the bitcoin community. But now all routes to that goal seem open, including the use of government force.

This article, Hyperbitcoinization: By Choice or by Force?, was originally published by the American Institute for Economic Research and appears here with permission. Please support their efforts.