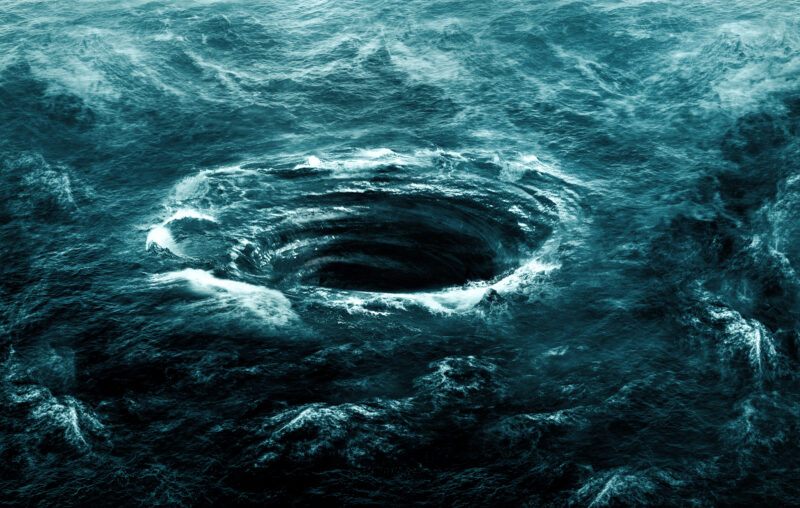 (By the time this article is published, Hurricane Ida will have made landfall and the aftermath will be already under assessment. One hopes, as always, that the damage is minimal in terms of lives and property, but the same nature which we so readily associate with beauty and balance has a brutal, indiscriminate side. My thoughts go out to the people in Ida’s path.)

Of the many industries which have been strained to the limit of their capacity over the last eighteen months, few have struggled as mightily, and “quietly,” as the resins and plastics sector. In part, the low-profile nature of their adversity has mostly to do with the obscure nature of what is otherwise a ubiquitous business.

The Covid pandemic struck producers of commodity polymers (relatively weak, cheap to manufacture, disposable plastics) hard from the very beginning. Among the first products to see a huge upsurge in demand were rubber gloves, face masks, and the plastic material used in packaging those and numerous other medical supplies.

There is an almost endless list of medical applications for plastics. Polyvinyl chloride (PVC) can be found in approximately 40% of all disposable medical devices, including flexible fluid bags, tubing, oxygen, masks, surgical gloves, etc. Polycarbonate (PC) is the material of choice for medical devices and equipment, replacing glass applications in items such as blood oxygenators, hemodialyzers, intravenous connectors, and high pressure syringes, in addition to safety glasses and face shields. Given its clarity and ease of sterilization, polystyrene (PS) is used for a wide range of applications, including tissue culture trays, test tubes, petri dishes, diagnostic components, and housings for tests.

In May 2020, the launch of the Trump administration’s Operation Warp Speed added mightily to that strain. By jump-starting a massive, parallel drug development program calling for hundreds of millions of vaccine doses, the need for plastic liners and wrapping were understandably immense. (The need for masks and gear during the associated clinical trials was similarly demanding.)

But none of that includes the incredible demand driven by millions upon millions of people confined to their homes worldwide and the commensurate explosion in retail consumption. Amazon, Walmart, and other retailers filled record numbers of orders, each of which required adhesive tape, bubble wrap, and clear packaging seal.

The industry shifted into overdrive to meet the exploding demand. In late March, workers at polypropylene plants in West Virginia and Pennsylvania volunteered to live at their workplace for 28 days in order to continue working and not violate lockdown and quarantine rules. Shortly thereafter the US Department of Homeland Security designated workers at chemical manufacturers as “essential,” but not before the effects of some 60,000 being sent home under the original pandemic restrictions had severely reduced output.

From the perspective that the need for plastic-containing medical and healthcare equipment was critical, the cancellation of other orders–for automobiles, construction, and so on–was in a sense fortuitous.

The Producer Price Index of Plastic Resins and Materials (100 = 1982) began 2020 at roughly 215; by the end of the year, it was up roughly 7% to 230, although standard caveats about indices and averages apply. Producers of the raw materials of plastics, including monoethylene, polyethylene, polypropylene, and others struggled to stay abreast of rapidly accelerating consumption, but by the end of 2020 market forces were responding. An example of three end-of-2020 letters sent by plastic and resin producers to wholesalers and retailers warning of imminent price increases can be seen here.

Like every other shortage of late, the abrupt, colossal increase in demand was a fundamental but not singular factor in the rising prices and plummeting availability of plastic products. Early in 2021, the first of several subsequent impediments appeared.

had [a] devastating impact on the plastics industry, shutting down major production facilities for polyethylene and polypropylene and decimating the power grid. The winter storm also halted production in the world’s largest petrochemical complex, causing a sudden shortage in almost 100 essential chemicals and derivatives used in much of Texas’ industry functions…the freeze alone cause an estimated 12% reduction in US polyethylene production, with Exxon Mobil Corp., Royal Dutch Shell Plc, Westlake Chemical Corp., and Dow Chemical Co…struggling to maintain Gulf Coast operations.

The effect can be seen below. The Houston PVC Suspension Polymers FAS Price tracks weekly dollar-per-metric tonne (USD/MT) prices of various chemical polymers manufactured in the Houston area. After being flat (productionless) for most of February 2021, the price rose 12% from the already-elevated price of $1,410 (the average 2020 price was $805 USD/MT) to $1,600 in the subsequent month. While these changes may seem small, it bears mentioning that much of plastic use is in retail goods, which tend to have exceptionally small margins (0.5% to 4.5% is typically estimated; Amazon’s margins are thought to be about 2%).

At least, it might be ventured, resins and plastics had been shipped uninterrupted up until the ice storms swept through the southern United States. But that view, too, would shortly be undermined. One month after the southern deep freeze, seven thousand miles east of Houston, TX,

[a] skyscraper-sized container ship [became] wedged across Egypt’s Suez Canal and blocked all traffic in the vital waterway…disrupt[ing] a global shipping system already strained by the coronavirus pandemic. The MV Ever Given, a Panama-flagged ship that carries cargo between Asia and Europe, ran aground…in the narrow, man-made canal dividing continental Africa from the Sinai Peninsula. Images showed the ship’s bow…touching the eastern wall, while its stern looked lodged against the western wall — an extraordinary event that experts said they had never heard of happening before in the canal’s 150-year history.

And so, as Harvard Business Review put it:

[T]he blocking of the Suez Canal by a container ship…[is contributing to] the supply disruption of another critical category of materials: plastics. Constraints on the supplies of their raw materials — especially polyethylene (PE), polypropylene (PP), and monoethylene (MEG) — are leading to factory shutdowns, sharp price increases, and production delays across a range of industries.

The delay of over 400 ships for almost one week accounts, in no small part, for the subsequent surge in the Houston price index, which rose an additional 12% from 1600 to 1808 between the ends of May and April 2021. Between the start of 2021 and the end of May, the PPI covering plastics and resins rose some 20%, with export prices of PVC tubing nearly doubling in the space of a year.

It was at this point that the plastic shortages became apparent more broadly. It was estimated that some 16,000 restaurants went out of business by July 2020 under the scourge of heavy-handed Covid mitigation policies; the actual number, by now, is assuredly higher. But the survivors have faced new considerable new challenges, one of which is that

[p]astic cups and takeout containers are in short supply…[S]mall, non-chain restaurants are in an especially difficult position, competing for supplies with big franchises that have much greater buying power…Shortages have been ongoing, and some specific availability changes week to week, [one restaurant owner] said. When the supplies she needs are in stock, sometimes they’re just too expensive, or the only distributor with the product is selling for double the regular price…”Some of our cups, lids, and other packaging have increased 30-50% in the past year, and if this continues to rise in price then we will have to bump prices to reflect the increase in costs,” said [another].

Drinking straws, disposable utensils, and bags are among the other items rapidly disappearing from establishments around the globe. (An inexplicable amount of the Suez blockage coverage focused not upon plastic or any other commodity, but on the sudden paucity of garden gnomes.)

Somewhat more troubling have been the effects upon immunization efforts. The need for plastic bags for bioreactors, filters, pipettes, vials, and stoppers in an attempt to increase vaccination levels is hitting hard limits. Even if, as is the current objective, 11 billion vaccine doses can be produced by the end of 2021, the storage, packaging, and redistribution requirements for them may not be met.

In the coming weeks

Innovators have, as they tend to, responded. One result has been the introduction of an online marketplace for Covid-specific factor inputs. Elsewhere, polymer scientists and chemical engineers are searching for substitutes, including polysulfone. Production costs and the specific material properties of alternatives, of course, factor into their usability. (The time and costs associated with redesigning or building new plants additionally impact the feasibility of adopting new materials processes as well.)

At this point, attention is being directed back toward the Gulf Coast and Hurricane Ida. Directly in the path of last night’s storm were a handful of oil and gas facilities and a number of significant petrochemical plants. If the storm causes considerable damage, already record level resin and plastic prices (320.60 on the associated PPI) may be topped, sending additional disruptive ripples through long global manufacturing processes. Life, limb, and property should be the first priority. Once those are safeguarded, a national discussion linking pandemic-related policies with a large and growing cascade of adverse outcomes should be a topic of some urgency.