How the Supreme Court Changed the Calculus for Hyperregulation 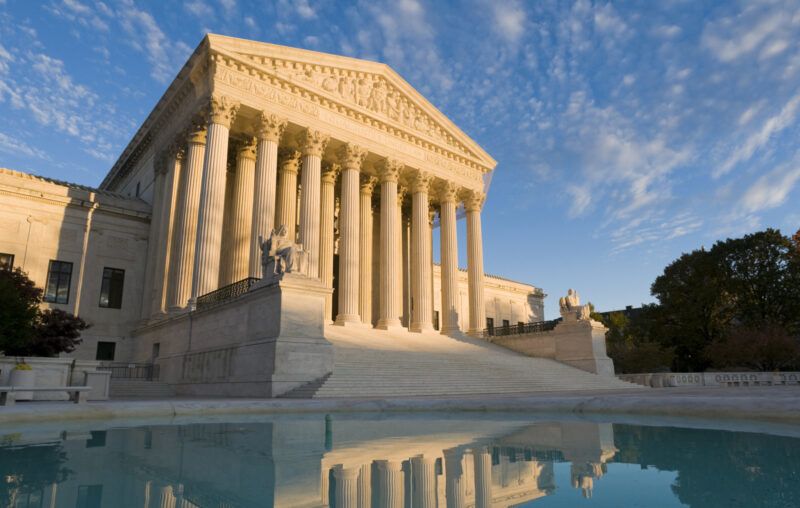 The Biden administration has so far trampled the hopes of those desiring liberty, good governance, and sensible policymaking. Seemingly every choice is geared to make Americans less free, less safe, and poorer. Now that sorry list includes something called an “Inflation Reduction Act,” legislation that would drop $369 billion on “climate change” and “clean energy” policies, add $510 billion in corporate subsidies and wealth redistribution, extend the “temporary” COVID-19 subsidies at a cost to taxpayers of $64 billion, raise taxes by about $4,500 per household, and send an additional $78.9 billion to the Internal Revenue Service to hire 87,000 more agents to shake down taxpayers.

The issue before the Court was how broadly the EPA could interpret its mandate from Congress in the 1970 Clean Air Act, especially Section 111(d), which has been described as “an ancient and seldom used provision.” The Court for the first time in a majority opinion invoked the “major questions doctrine,” under which it explained that “separation of powers principles and a practical understanding of legislative intent” means “the agency must point to ‘clear congressional authorization’ for the authority it claims.”

This doctrine is a welcome rebuttal to the presumptions under the regnant but highly problematic Chevron doctrine. As explained by Tom Merrill, author of The Chevron Doctrine: Its Rise and Fall, and the Future of the Administrative State, that doctrine had evolved to the point that “it is not necessary to identify a delegation of power to act with the force of law with respect to the specific statutory provision in question; it is enough that Congress has in general terms authorized the agency to act with the force of law.” Courts would essentially defer to an agency’s assertion of specific authority, even if the supposedly authorizing legislation delegated only a general authority — a devil’s playground for hyperregulation.

Regulators needed only a vivid imagination in their reading of an authorizing statute to justify power grabs for themselves that were never intended by Congress. See, for example, this passage from the Court’s ruling in West Virginia v. Environmental Protection Agency:

EPA claimed to discover an unheralded power representing a transformative expansion of its regulatory authority in the vague language of a long-extant, but rarely used, statute designed as a gap filler. That discovery allowed it to adopt a regulatory program that Congress had conspicuously declined to enact itself. Given these circumstances, there is every reason to “hesitate before concluding that Congress” meant to confer on EPA the authority it claims under Section 111(d).

Immediate reaction to the decision focused primarily on the particulars (CNN called it an “audacious blow [that] could affect the entire planet”). Nevertheless, by upholding separation of powers principle, the Court has changed the calculus on agency overreach for the better.

The separation of powers principle applies here regarding the difference between regulations and laws. As Congress, the EPA, the Court, and the hyperventilating likes of CNN know, regulations are not laws but they behave effectively as laws. Regulations are rules by executive branch agencies such as the EPA, but — and this is key — the agency does not have the constitutional authority to make laws. That authority belongs to the legislative branch, Congress, given them by the people who voted them into office, to whom they are ultimately accountable.

If regulations are like laws, how are agencies like the EPA, run by unelected bureaucrats not directly accountable to the people, able to impose them?

Formal rulemaking is governed by the Administrative Procedure Act (APA), a lengthy procedure with many hurdles. Nevertheless, it is much easier to finalize a rule than to pass a law. In their understanding of human nature and suspicion of consolidated power, the Founders made Congress a bicameral legislature with staggered terms of office, resulting in a system in which it is difficult to pass legislation even with partisan majorities.

The Congressional Review Act of 1996 (CRA) seemingly gave Congress the ability to disapprove of agency rules via majority votes. Even so, the cost to Congress is so great that the CRA was used only once in the first two decades of its existence. Nor has Congress yet been able to pass a stronger regulatory review act, the Regulations from the Executive in Need of Scrutiny (REINS) Act, though it has passed the U.S. House many times. REINS would prevent the implementation of any agency rule with an estimated economic impact above $100 million, or that would raise consumer prices, or pose harmful economic effects unless Congress took the time to issue a resolution approving it.

With the costs so stacked against Congress, and the courts so willing to defer to their imaginative rulemaking under Chevron, federal agencies realized they had nearly unchecked rulemaking power. They even learned they could regulate outside of APA rulemaking by making what regulatory expert Clyde Wayne Crews Jr. calls “regulatory dark matter” — their “guidance documents, proclamations, memoranda, bulletins, circulars, letters and more that are subject to little scrutiny or democratic accountability but carry practical, binding regulatory effects.” They’re not proper rules, but they’re things the agencies treat like rules.

This is why President Obama could boast of being able to rule outside of Congress with “a pen … and a phone.” Ironically, his hubris led to the most effective use of the CRA, because agencies under the Obama administration neglected to follow the law by reporting new rules to Congress, after which Congress has 60 days to pass the disapproving resolution. The “clock” had never started, so under Presisent Trump the CRA was used successfully to disapprove 16 agency rules. It was also used to block some regulatory dark matter when the Government Accountability Office determined that the guidance documents agencies were treating like rules counted as rules.

Nevertheless, it was the exception that proved the rule. The administrative state was shown to be a vast storehouse of unrealized though unconstitutional power. Even if Republicans were to gain control of Congress, they would face a daunting task to counter President Biden’s notorious “so sue me” approach to regulation. From his eviction moratorium to his vaccine mandates and more, Biden has shown he will openly suggest he lacks the constitutional authority to do what his administration is doing, trusting that neither Congress nor the courts would step into the fray.

For all those reasons, the Supreme Court’s elevation of the “major questions” doctrine in West Virginia v. EPA is an important judicial check. The administrative state’s cynical calculus has been upended. It can no longer count on courts to bless their claims of discovering hitherto unnoticed devastating powers tucked away in “gap filler” statutory language.

It’s good news. How good will depend on how serious the courts prove in the coming years about expecting agencies to stay within their statutory and constitutional bounds. In the meantime, Congress should reassert its legislative power by passing the REINS Act. The issue is systemic, not partisan. An out-of-control administrative state is an existential threat to the American system of government.

This article, How the Supreme Court Changed the Calculus for Hyperregulation, was originally published by the American Institute for Economic Research and appears here with permission. Please support their efforts.