How Tether Can Improve Its Pie Chart 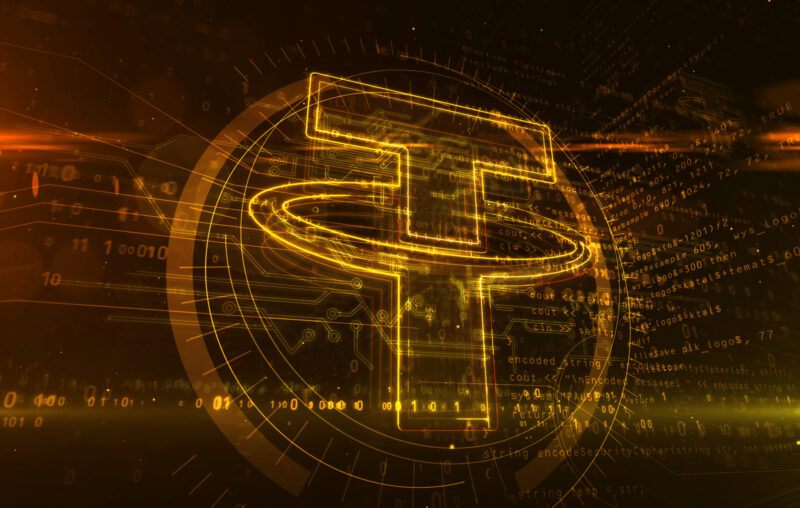 A multicoloured pie chart published in May by Tether, a stablecoin issuer, has become one of the most iconic images to emanate from the cryptocurrency sector this year. An illustration of Tether’s investments, the pie chart was tweeted, retweeted, mocked, and praised all over social media. Copious articles in the financial press were written on it.

Why should a pie chart attract so much attention?

Tether is controversial because it is a stablecoin, and stablecoins are an entirely new type of payment instrument. At $62 billion tethers in circulation, Tether also holds the distinction of being the biggest stablecoin. To boot, Tether has a colorful and checkered past, including recently being fined by the New York Attorney General. The firm is also reportedly under investigation by the U.S. Justice Department for lying to banks.

With Tether already under the microscope, the glaring lack of information in Tether’s pie chart only generated more controversy. Tether’s next pie chart will be published sometime this month. The company should consider improving the chart’s information content in order to dispel criticism.

A stablecoin is a version of the dollar held on a blockchain such as Ethereum or Tron. Up until now, most dollars have been held on centralized banking databases, say at JP Morgan or PayPal. Ethereum and Tron are anarchic, decentralized databases. Anyone can use them. To back its blockchain-based dollar IOUs, a stablecoin issuer typically holds assets at a traditional bank. The issuer allows people who hold its stablecoins to redeem them at $1. It is this promise to redeem that stabilizes a stablecoin.

People use stablecoins for a number of reasons. Their earliest role was as a proto-dollar account on cryptocurrency exchanges. Because many cryptocurrency exchanges were sketchy or lacked resources, they couldn’t get a bank partner that would allow them to offer regular dollar accounts to their customers. Tether filled this void by letting them provide a US-dollar look-a-like.

Stablecoins are also the fastest way for arbitrageurs to move dollars between cryptocurrency exchanges, in order to seize on mispricing. Their newest role is as a popular form of collateral in decentralized finance tools.

Which gets us to the famous pie chart. After poking and prodding Tether for several years, the New York Attorney General recently concluded an investigation into the company with an $18.5 million fine. The Attorney General accused Tether of not telling customers the true nature of its backing assets, which at various points in time have included highly-risky claims on third party affiliates. In addition to the fine, Tether has been required to publicize a breakdown of its investments each quarter.

The date of Tether’s first disclosure was May 13. That’s when it published its notorious pie chart, illustrated at the top.

Anyone who has accessed public financial data before would have been disturbed by the lack of information in Tether’s disclosure. Typically, a reporting institution that publishes a table or figure will provide a list of explanatory footnotes at the bottom. If not, the notes to financial statements section at the back of a financial document, which is always ten times longer than the statements themselves, will provide more colour.

Tether provided a tasteful colour palette, but it didn’t include a single footnote.

Courtesy of the pie chart we learned that Tether held 50% of its investments as commercial paper, a short-term corporate debt instrument. Some 9.96% was invested in corporate bonds and funds (with some of that in gold). Another 1.64% was cryptically labeled as “other.” Most financial institutions would have given some sort of insight into what sorts of commercial paper, corporate bonds, and funds it held. Was the commercial paper and bonds rated by an established rating agency? If so, what was the average credit rating? What bonds does it hold, and when do they mature? Are they investment quality? What funds did Tether buy, and what do these funds invest in? What is “Other?’”

Don’t get me wrong: people who hold Tether have certainly benefited from the pie chart. After years of no information whatsoever, they finally had some data about what secures their stash of Tethers.

But the company’s tactic of providing the lowest possible level of disclosure backfired on it. The point of disclosure, after all, is to fill an information void, to answer as many questions as possible. The pie chart has only added more holes to the Tether story, generating an even longer queue of questions.

The pie chart’s lack of data is only hurting Tether

In the 365-day period preceding the publication of its pie chart, Tether saw explosive growth. The number of Tethers in circulation rose from $8 billion to $58 billion. Since the date of its pie chart, Tether’s growth trajectory has pretty much flatlined. There are currently $62 billion tethers in circulation, only a little bit more than the pre-pie chart level of $58 billion.

Worse, Tether’s arch-competitor, USD Coin, has outpaced it over that same period, almost doubling from $16 billion to over $27 billion.

Circle, the issuer of USD Coin, has generally provided the public with more data than Tether has. Last month, it began to provide a monthly breakdown of USD Coin’s investments in table form. Circle also included useful explanatory footnotes at the bottom. (Yes, there were deficiencies to Circle’s disclosure).

Tether has good reasons to improve its pie chart. The stablecoin competitive dynamic is best characterized as a race to the top. In the long term, to the safest and most transparent issuer go the spoils. Let me explain.

From 2014 to 2018, Tether was the only stablecoin in town. So Tether could afford to be opaque. To boot, its users weren’t financially sophisticated. They didn’t have a need for disclosure.

But the dynamic is very different now. There are many stablecoin issuers. Users of stablecoins, particularly those in decentralized finance, are much more sophisticated. They want information about the assets backing their stablecoin holdings. Because stablecoins don’t pay interest to customers, customers aren’t compensated for bearing the risk of the issuer’s underlying investments. This incentivizes them to migrate towards the safest, most transparent stablecoins.

For its next edition of the pie chart, Tether should consider catering to this demand by providing a long list of explanatory notes.

Tether will be publishing its next pie chart sometime in the middle of August. Given its flagging issuance, Tether has every reason to do a better job than before. The whole cryptocurrency world will be watching.

This article, How Tether Can Improve Its Pie Chart, was originally published by the American Institute for Economic Research and appears here with permission. Please support their efforts.