How Societies Save For an Uncertain Future 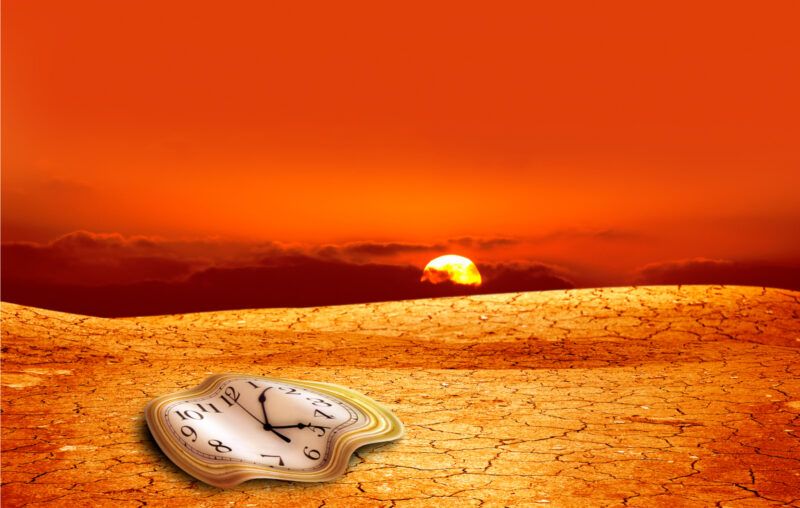 Last week I wrote about how money is society’s technology for moving value across time. Without defining it more narrowly (which monetary economists do to their heart’s content), money is the technology by which we arrange the division of labor: I do my thing; you do yours; and we can trade the surplus production with one another. I explained how this fundamental insight of human civilization doesn’t require money – we can trade in favors or promises to one another – but codifying those promises into a detached separate item makes it easier to use them. Especially if we’re transacting with a society of strangers numbering in the millions.

Zooming out across time, the problems you face when saving for your immediate or far-off future is a perennial problem that all human societies have faced. You’re trying to figure out how to maintain yourself – survive, and even thrive – when you’re no longer young, fit, energetic, or smart enough to produce the value that previously sustained you. We know that we will grow old; slowly then suddenly. We know that we will go through rough patches of illness. We must save economic value for such rainy days.

If we operated an economy no more complicated than a hunter-gatherer tribe or subsistence village, a structure of promises and goods-for-goods (1) works. We don’t have money, stocks, real estate, or many durable commodities, and would instead place our faith in the tribe’s future ability to provide us with what we need. We bypass the issues of money and monetary regimes by producing, distributing, and consuming directly the goods and services that we require.

Economists think this is efficient because you’re maximally using all the (few) resources you have access to. We’re using mutual trust in one another, storing value intangibly in one another across time; if I kill a buffalo today, I share it with you and the implicit exchange is that when I’m too old to kill one, or on days when I fail, I share in your successful kill.

In societies bigger than Dunbar’s number, (1) collapses. The history of human civilization has thus been a battle between (2) and (3) – between centralized structures that controlled mandated money, and structures using decentralized real-world resources for their monetary purposes. The minute we no longer fully trust one another (or can credibly commit or enforce deviations from such trust), those are the only two options available to solve society’s value-transferring problem.

Most of us have experience with central banks operating (2): issuing paper currencies of negligible nonmonetary value, and private banks issuing deposits on top of those currencies. Trusted issuers may operate tokens with no underlying use, but somebody, somewhere must still determine how many there should be. That impacts what their current and future worth is on the market – the purchasing power over time that is society’s eternal planning problem. If the person running the printing press misuses it – and in a world of infinite information, trillions of transactions and billions of people’s desires, how could they not? – if that someone has goals different from ours, if she is any less benign than Mother Teresa, the issuance constitutes a residual risk for anyone using the tokens. If the printer runs too fast, your tokens lose value; if it runs too slowly, acquiring money means giving up more of your production just to fit through the money pipes.

This is money as a Ponzi or Pyramid scheme.

(3) uses tokens that have some alternative use – “intrinsic value” in economist-speak – the material of which we are then “wasting” in token-passing rather than making other things with them. This is the domain of commodity moneys: copper, silver, or gold. Adam Smith’s famous analogy was with roads: they take up space that we could have used for farming (thus, inefficient) yet they serve a valuable purpose in allowing us easier transport: from here to there, and from the past to the present. This is the real-resource cost of (commodity) money.

It solves other problems, as we don’t need to trust the words of a stranger, or the edicts of a far-away authority, but only the item presented to us. It is decentralized and operates offline. Still, it is information-requiring as it sometimes takes effort to figure out if it’s real gold and it takes up resources that could have been used for other industrial purposes.

The virtue of (3) lies in its decentralized nature and fairly anonymized use. I don’t need to know who I am transacting with; I don’t need to involve a bank or payment processor to double-check that my customer is good for the money (all of which leaves electronic tracks); all I need is to make sure the payment items I’m receiving are proper. The drawback is that it almost only works in spot markets: any time you want to transact from afar, or temporally separate delivery from payment, (3) works very poorly for moving value.

Bitcoin is a strange mix of (2) and (3), an issue that has led to its classification problems. It uses real-world resources in the form of energy, however produced, and the proof of used energy then transfers into the digital domain where it overcomes the issue of trusting a centralized issuer. What bitcoin – like commodity standards of the past – managed to do fairly well was to include a trusted issuance of tokens (2) in digital and easily transferable versions, tied down and disciplined by the energy use required in (3).

What every person no longer able to provide for him-/herself faces is how to amass, and transfer, surplus value from when they could. In my previous article I wrote that “Any system for transferring value to the future carries risk to somebody, somewhere; it’s a matter of who ought to carry it.”

Primitive societies achieve the transfer through individual risk-sharing agreement and strong generational ties that includes older and younger generations in the spoils of today’s hunters. We don’t know what tomorrow’s hunters will bring home – better or worse game than today – but we share in their rewards nonetheless. We take upside and downside market risk, as we don’t know what we will get for our community “savings,” but only that we will receive a reasonable, socially-agreed-upon share of the loot. Vaclav Smil, the distinguished energy theorist, writes in Grand Transitions: How the Modern World Was Made that in premodern societies

“In the absence of pensions and capital markets, children are an asset that can provide support in old age. Establishment of capital markets and pensions for urban workers reduces the need for bringing up more children.”

Properly functioning financial markets replace family ties to future support with legal claims on an economy’s underlying production – ownership in firms or debt claims on corporations and government. By owning it, effectively fronting a company’s expenditures, you’re entitled to a share of its proceeds. Value today can thus be outsourced to lots of others that transform it into market-tested value tomorrow. Still, you face market risk from the inherent uncertainties of the future.

Large-scale welfare states, like primitive societies, provide livelihoods through generational promises, but as a centralized state it takes value from its producing subjects and hands it over to its deserving subjects. The state is, theoretically, infinitely lived, and can credibly enforce that generational agreement by repeatedly taking from those who produce to ensure that those who no longer can, may still live. We don’t know what the subject of tomorrow’s state will bring home, and in addition to primitive societies, we can’t be sure how generous or benign tomorrow’s state will be with us. We’re getting the market risks of primitive societies or capital markets, wrapped around decrees by whoever controls the democratically elected chamber of power.

Primitive societies don’t use money to move value through time, but future generations’ hunting skills. Large-scale welfare states on fiat money (2) doesn’t actually use money to move value either: they rely on extracted bounties from its future subjects; as a retiree, you receive a share of that loot, but like before that share is unspecified and what you may get in real terms is unclear.

A world based on bitcoin doesn’t, contrary to its proponents’ rallying cry (“Bitcoin fixes this!”), fix this. Human beings that are born and die in the care of others – with the critical in-between life where they create value – are forever faced with this time-traveling problem. And one way or another, we must tap into future society’s ability to produce goods and services. By fixing the quantity portion of the equation, it allows you to immutably know how many sats you possess; the rest of your community has a hard time confiscating those from you. Still, you’re left with market risk: you don’t know how much groceries, health care services, or Netflix shows your stash will provide you with.

When goldbugs used to say that gold is immutable and will keep its value, they were banking on a future where gold still has value in the eyes of other people – for saving reasons like yours, for jewelry, tooth-filling, industrial or adornment use. Plausible, but not guaranteed.

When bitcoiners rant against the horrors of forcing people into investment vehicles they are ill-equipped to manage or understand, they miss this fundamental aspect of our monetary economies: risk does not disappear – time traveling requires faith in someone or something. If you hold a full bitcoin, you know that you have at least 1/21,000,000th of the network’s purchasing power – a purchasing power that could be zero by the time you’re retiring. By moving from empty promises to goods and services in our current regimes, to cryptographically verified numbers in a bitcoinized world, only the promises go away: the bitcoin saved away today remains the same number of sats when later used for retirement. But you do not ensure that those same number of sats will purchase the retiree the goods and services equal to the savings they put in or can reasonably expect.

Thus, it’s not as splendid as its proponents pretend, but not as flawed as its critics think. Bitcoin doesn’t solve society’s time-traveling problem, but merely peels off one layer of uncertainty. You still carry real-world exchange rate risk, but abstract from much political risk.

This is the problem that all societies have tried to overcome – moving value through time and ensuring our individual livelihood when we’re too old to produce the value that sustains us.

In a complicated and ever-changing world of uncertain technologies, politics and other people’s shifting wants and desires, this fundamental problem remains.

This article, How Societies Save For an Uncertain Future, was originally published by the American Institute for Economic Research and appears here with permission. Please support their efforts.