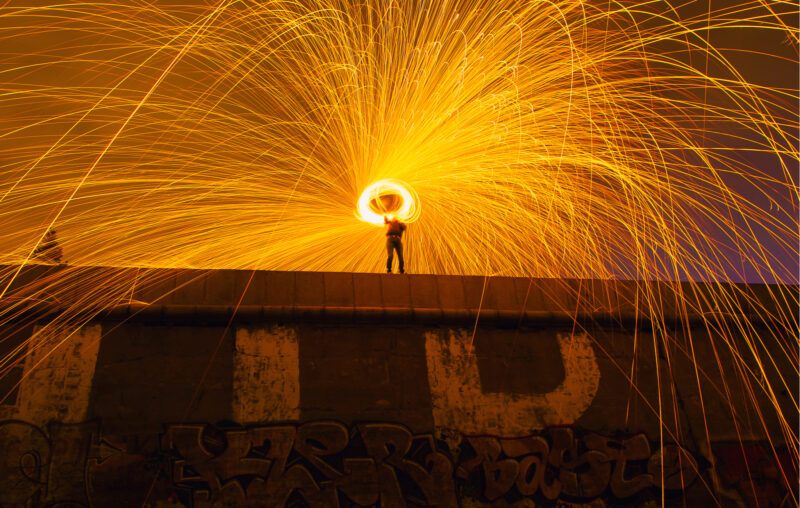 What moves history forward is a funny question. It’s a mesmerizing and all-encompassing query, but also impossible to convincingly pin down. To even get started, it takes grand theories of Zeitgeists, of Marx’s inexorable laws of history, of thinkers like the Annales school, or stories like Ray Dalio’s debt cycles. Any hopeful revolutionary who utters Victor Hugo’s old quote (“An idea whose time has come”) supposes that ideas act on their own, consume people’s minds, and propel history towards a select number of all possible routes it could take.

Niall Ferguson, the Scottish author and historian now at Stanford’s Hoover Institution, has repeatedly said in lectures and podcasts that all history is counterfactual history. Most professional historians would intuitively object, thinking that what they’re doing is uncovering the past and connecting the dots of what really happened. The problem is that whenever a historian connects two or more factual dots into a casual chain, they are implicitly assuming a counterfactual: had A and B not preceded C, we would not have had C. In other words: there was a single channel through which C emerged and I can decipher how the world would have unfolded in the absence of A and B.

A few years ago, I religiously watched the show Timeless, starring one of my favorite actresses (Abigail Spencer). If I’m being a little unkind, we could call the show’s two-plus seasons a hip, not-so-high-flying, Americanized version of Doctor Who. Good versus Evil, both sides equipped with time machines, running through famous episodes in history to change key events. Initially, Spencer’s team tries to thwart the bad guys as far as possible, all in service of rescuing history as we know it. Any minor change in the past can butterfly into massive changes today: if Abiah Franklin never gives birth to Benjamin Franklin, we’re short one revolutionary and America might remain a British colony when it was supposed to secede. Add drama, love, treason, and lots of good low-key conversations about fate, destiny, and what’s “meant to be.”

But history isn’t quite like that, hostage to key individuals and identifiable actions in their lives. Matt Ridley, the British writer, biologist and member of the House of Lords, wrote a book last year on innovation, foreshadowed in his previous book The Evolution of Everything. Rather than locating the source of innovative genius in individuals, he writes that: “[I]nnovation is not an individual phenomenon, but a collective, incremental and messy network phenomenon.” Our mistake is to associate the past with unique individuals, without whom history would have unfolded differently.

Does that mean everything is already set in stone? That God, fate, or some unique combination of unalterable chance have already prescribed a future? Are kings, in the Leo Tolstoy quote, “the slaves of history?”

Probably not. As similar problems emerged for people worlds apart (the wheel and even agriculture was invented in many different places at different points in time), certain inventions are inevitable. Not mandated from above, but bound to happen from the very forces of technology, climate, and human desires. History was thus primed for an agricultural innovation to happen, not because of determinism but because of the problems facing lots of people at the same time, and lots of people trying to solve that specific problem. Selection and time; not genius and Eureka moments. Thomas Edison, cherished as the inventor of the lightbulb, had competition by some 20-odd others who invented it around the same time. Simultaneous invention is a thing, so much so that there are anecdotes of people applying for patents for the same technology mere hours apart.

The implicit consequence of that reasoning is that had Edison (A) not invented a lightbulb (B), we’d never have light (C); had the Wright brothers never flown in 1903, we’d never have commercial air traffic; had Steve Jobs never launched a smartphone, we’d still be on those Nokias and Motorolas from the ’90s.

Wrapped in an entertaining drama show, Timeless grapples with such historical counterfactuals. In the opening episode, Spencer’s character Lucy goes back in time to the 1937 Hindenburg disaster, to thwart a terrorist who wants to blow it up when leaving instead of arriving. Partly unsuccessful, her crew returns to the present only to find out that Lucy’s sister has gone missing with no record of her ever existing – lost to the intricacies of time travel. The butterfly effect in action.

Fast-forward a dozen episodes, and the Timeless rescuers are forced to bring a teenage John F. Kennedy back to the future, to save him from those wanting to kill him in his youth. Skipping all the time-related confusion and the shock the young President has at all the technologies almost a century into the future, he reads his own and his family’s history off an iPad. He learns that his siblings die at a young age, that there’s a second World War, that he becomes President, and that he’s assassinated almost three years into office.

Learning all this, he naturally panics. Before the crew brings him back to his time, he asks if he was a good President: “One of the greatest,” answers Lucy. Hesitating for a moment, another character in the show begs young John not to go to Dallas in November 1963. When they return to the present from having left JFK in his historic life, they excitedly ask if he wins a second term, if he goes on to do great things with America:

Christopher: “What second term? JFK was assassinated two years into office.”
Rufus: “That’s not right. I-I told him. I told him not to go to Dallas.”
Christopher: “Dallas? It happened in Austin.”

In another time-travel drama, Outlander, set first in Scotland and then the U.S. in the mid-1700s, Caitríona Balfe and Sam Heughan’s characters try for months to prevent the events that lead up to the Battle of Culloden in 1746, what we think of as the end of the Jacobite rebellion and ultimately the Highland way of life. On the eve of battle, they reflect on their misery: thanks to Balfe’s character’s knowledge from the future, they knew this catastrophic battle was coming and did everything they could to stop it. Still, there they stood, powerless to affect change in the world.

While we might say that these are just dramas, fascinating stories that producers and novel writers artistically invented, they’re grappling with core questions of history. Like Jordan Peterson so often says, literature and drama are how we play out intricate and deep issues of human life so that we can observe it from afar and better understand ourselves.

These shows show how history moves forward. How at any given time there are forces opposing one another to create an outcome: individual desires and wants, technical problems that define us and restrict us, incentives that push us in one direction or another. History is just the sum outcome of all those desires, incentives, and actions taken by people in the past. JFK had a reason to go to Texas in 1963, political or personal or otherwise; his assassin was devoted and motivated enough to commit his crime. Rescheduling the visit to another location didn’t alter those forces.

History isn’t a slave to some predetermined idea either, playing out exactly as some Higher Power had once ordained. It’s the messy sum outcome of millions and millions of people’s incentives, desires, biases, and actions. An iconic quote from Jurassic Park is “Life finds a way,” uttered by the cynical chaos-theory chanting character Ian Malcolm.

History, it would seem, does too.

This article, How History Moves Forward, was originally published by the American Institute for Economic Research and appears here with permission. Please support their efforts.