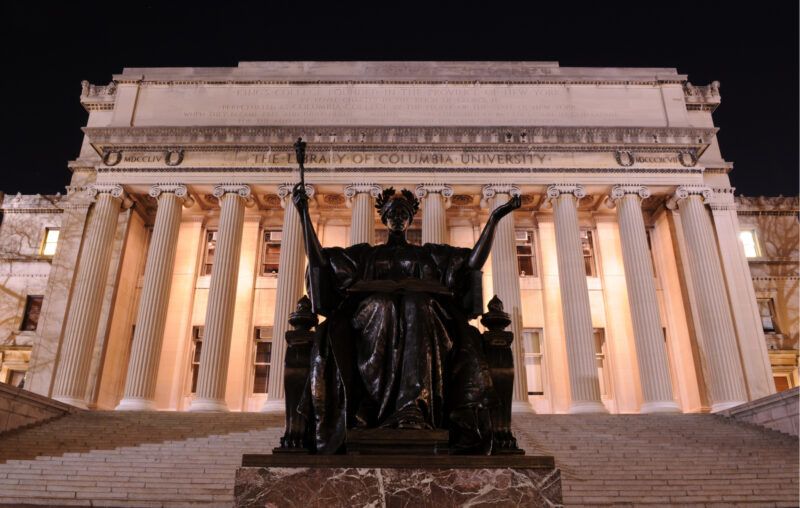 With the expansion of federal loans, the cost of attending college began to increase dramatically. College administrators realized that they could charge students more, since most of them were availing themselves of money that the government dangled in front of them. Tuition and fees rose much faster than the rate of inflation. President Reagan’s education secretary, William Bennett, explained in 1987 that the rapid cost increases were due to the availability of federal student aid money, but Congress just kept on increasing the amount of aid available because it was supposedly imperative to “keep college affordable.” Few politicians cared that college was becoming unaffordable precisely because of their “generosity” with student aid.

It’s important to note that federal student aid money could be used only by students at colleges and universities that were approved by accrediting agencies designated by the Education Department. Accreditation from those agencies was meant to ensure that students were attending “quality” schools rather than mere degree mills, but obtaining their stamps of approval always entailed scrutiny of inputs and procedures, not whether students were actually learning. In 2011, a book by sociologists Richard Arum and Josipa Roksa entitled Academically Adrift showed that at least one-third of American college students were coasting through to their degrees with scant intellectual gains.

Many of the students who have been lured into college with easy federal loans amass considerable amounts of debt while pursuing their degrees, which often takes five years or more. Total student loan debt now exceeds one trillion dollars. Default rates have been rising as many students find out too late that the money they can earn after college isn’t enough for them to cover the cost of their debt payments. Politicians looked at those circumstances and said, “This is a crisis — the government has to do something!”

One thing they have done to ease the supposedly intolerable debt burdens that college students get themselves into is to make repayment easier. The government allows student debtors to sign up for a program whereby they pay a “reasonable” amount each month based on their income, and after paying that amount for 20 years, any remaining balance is wiped out.

If, however, the student takes a “public service” job working for government or many non-profit organizations, his debt is wiped out after only 10 years of payments.

Of course, those generous repayment provisions mean that the taxpayers are stuck with the loss. Politicians never worry about sticking the taxpayers with debt when they can do something that looks “compassionate.”

And if easy repayment and substantial debt cancellation weren’t enough, we now have politicians pitching plans for “free college.” Such plans would force American taxpayers to fork over yet more money to pay for dubious education.

Another nasty side effect of the federal meddling in higher education is the phenomenon of credential inflation. What I mean by that is the way employers (including government) demand that applicants have college credentials for jobs that do not call for anything more than basic trainability. Work that has traditionally been done by individuals with high school educations is now blocked off to anyone who doesn’t have college credentials — even if their college studies have nothing whatsoever to do with the job. For example, today you often find that job postings for secretarial positions state that applicants must have a college degree.

Credential inflation occurs because, thanks to federal college subsidies, we have a tremendous glut of people in the labor market who have their degrees. Therefore, employers rule out people with lower educational levels — people who might be less easy to train — since they can fill their personnel needs with people who have at least shown that they can manage to accumulate enough college credits for a degree. I’m not saying that it should be illegal for employers to discriminate against people who don’t have “enough” formal education, but it is very wasteful to require that people have gone to college before they can be considered for jobs that most high school kids could easily do.

College education today has become heavily politicized. When colleges began their big expansion in the late 1960s, they also began hiring new faculty members who were not so much scholars as activists who saw their mission as changing the way students thought. From their point of view, the right way to think was “progressive.” (I maintain that a more accurate term is “statist.”) They had been schooled mostly by leftist professors themselves and entered the teaching ranks with a dedication to help solve the world’s problems through more government. At first, those new faculty members infiltrated fields such as English and history and the social sciences, where they slanted the material in favor of leftist interpretations wherever possible, and against the ideas of individual liberty, private property, limited government, and so on.

Later, new fields were created such as Women’s Studies, Black Studies, Hispanic Studies, and others where there was no true body of knowledge but merely a conglomeration of opinions, overwhelmingly hostile to American society. The professors who teach those courses hardly bother to make any pretense of objectivity or scholarly detachment. Students who offer “wrong” ideas are rebuked; those who agree with the professor are rewarded with high grades.

The ideological monoculture of many academic departments has now spread to entire campuses. On many, an intellectual intolerance reigns. Students and faculty members who dare to disagree with leftist notions are likely to be targeted for investigation by “bias incident reporting teams” or threatened with termination. Instead of places where truth can be sought through research and debate, our colleges and universities more closely resemble medieval churches where heresy was punishable by death.

Not all students succumb to the indoctrination, but many who entered college with statist beliefs leave it as thoroughgoing zealots. Again, the taxpayers are compelled to finance this proselytizing.

In only some 60 years, federal intervention transformed higher education from a rather low-cost service into one that requires prodigious outlays and heavy debt loads, from an efficient forum for teaching and research into a playground where accredited institutions sell increasingly dubious credentials. It catalyzed credential inflation such that people who don’t go to college are blocked off from many careers. It spurred the foolish ideas that everyone should have “access” to college and the nation’s prosperity depends on putting as many people through college as possible.

Higher education in America has become a hideous, wasteful mess, but what can we do?

Our regrettable status quo is very much to the liking of the statists who are firmly in control. It is helping them achieve their goal of a controlled society. They will not permit any small changes, much less the radical change we need, which is to get the government out of the business of subsidizing higher education.

Can’t those of us who believe in liberty fight back to reclaim our higher education system? I regret to say that it’s a lost cause. Most administrators are in league with the statists, and even when they aren’t, they prefer the comfortable status quo, selling useless degrees at high cost, to the free market. Very few faculty members remain who would put themselves at risk by arguing for a return to non-politicized education with high standards. Although a few politicians talk about “reforms” in higher education, they have no real clout.

All we can do is to preserve the autonomy of the small number of colleges that don’t take federal money and are not under Washington’s thumb (the three that come to mind are Hillsdale, Grove City, and Wyoming Catholic) and try to establish new, non-governmental colleges that can offer students true education at lower cost.

This article, How Government Meddling Ruined Higher Education, Part 2, was originally published by the American Institute for Economic Research and appears here with permission. Please support their efforts.

TOO CLOSE TO CALL: Pennsylvania GOP Primary Race Still Up In The Air, Recount Expected