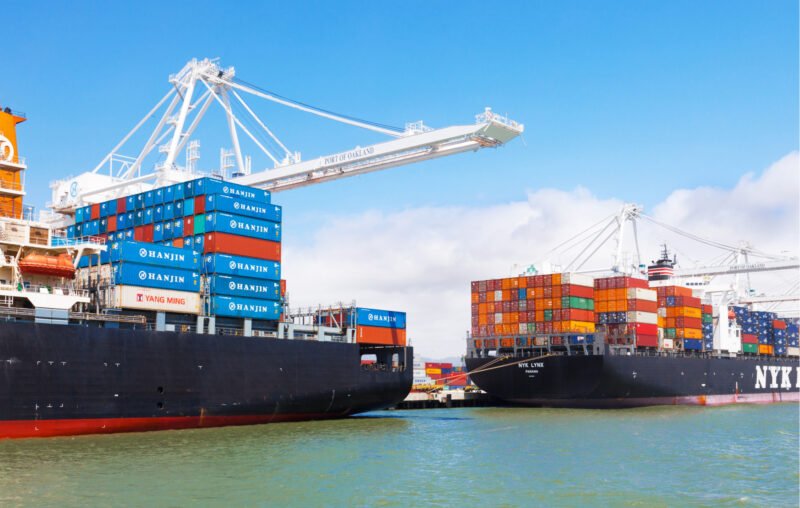 “Buying American” has long been a protectionist ruse dressed up as patriotism. President Biden, proving his ability to seize on bad ideas, recently bragged that his latest such plan would be even more tilted toward American producers than earlier plans.

Besides getting patriotism backwards (since what Americans share most in common is our role as consumers), the presumption that such policies will increase demand for American producers isn’t necessarily true either. The higher costs such policies impose will decrease output in industries that use the affected inputs. That will be particularly true for producers who compete in export markets with countries that do not similarly penalize their producers. And reduced export earnings will put fewer dollars in the hands of people in other countries, reducing their demand for American exports to them as well.

That has always been true, but almost always ignored by political sales pitches, which have worked in large part because it is difficult to “see” all the costs involved. But current events are making such effects clearer in the oil market.

That is the result of the search for ways to punish Russia for its Ukraine invasion. Many have been surprised to find out, despite America’s being the largest producer of oil and a net exporter, American imports of Russian petroleum products have averaged over 370,000 barrels a day the past decade. The subsequent rush of calls to stop Russian oil imports as retaliation is bringing up the question of why America has maintained such large Russian oil imports in the first place.

The ironic answer, at least in part, is a Buy American law—the Jones Act. The current version, dating to 1920, requires waterborne travel between domestic ports to take place on US-owned, flagged and built ships, dominantly crewed by American sailors. But those restrictions make the costs of building, operating, and crewing such ships significant multiples of costs for ships without those restrictions.

One consequence is that despite water-borne transportation of many goods being far cheaper than other modes, water-borne shipments from US producers to other US ports are often prohibitively expensive compared to similar transportation by non-US shippers from non-US producers, who do not share Jones Act hobbles. As such shipments illustrate, the “Buy American” Jones Act means not buying American.

To illustrate, California needs more oil than it produces. The cheapest source would be via ship, such as from Alaska. But such US to US shipments are so much more expensive than shipments from other countries to the US that it can be far cheaper to buy oil from elsewhere, such as Russia. As former Council of Economic Advisors Chief Economist Casey Mulligan put it, “the Jones Act upends the transportation logistics and further enriches Gazprom in the process.” And as the American Fuel & Petrochemical Manufacturers (AFPM), recently noted, reliance on Russian oil imports could be reduced if policymakers would “provide relief from…policies that make it uneconomic to transport crude oil and petroleum products domestically.” In fact, in 2013, so few ships could legally move oil between American ports that it may have raised U.S. gas prices as much as thirty cents a gallon.

Since in the case of petroleum shipments it is easier to see the geographic distortion of production and shipments involved than in many other cases, perhaps the anger at Russian imports will lead people to see the costs the Jones Act imposes in that case, and do something about it, despite the efforts of the special interests who want to keep it to fatten their bottom lines at the expense of domestic consumers and domestic producers who would ship domestically by water.

But it is important to recognize that it is not just the oil market that is distorted by the Jones Act. There is huge damage not just to domestic producers shut out of competition for domestic markets, but to states and territories that are not contiguous to the US, such as Hawaii, Alaska and Puerto Rico, particularly when combined with “Buy American” policies for the products in question. For example, Hawaiian families pay almost $1,800 every year because of the Act. Even more striking, I just looked up the cost of shipping a 40’ container from Los Angeles to Hawaii (under the Jones Act) online, and found an estimate of about $13,000, while I found a $960 quote for shipping the same size container from Los Angeles to Singapore (not subject to the Jones Act). Alaska’s Jones Act restrictions from shipping oil by tanker to any other state has resulted in a mandate that its governor “use best efforts and all appropriate means to persuade the United States Congress to repeal those provisions of the Jones Act.”

Similar results also hold for shipments between the contiguous states when the lowest cost means of transportation would be by water.

The Jones Act distorts agricultural markets, as well. Many American ranchers buy grain from Canada or Argentina rather than from the US, while Hawaiian ranchers ship their cattle to Canada rather than the US.

Another good illustration of Jones Act distortions is Rock Salt. After Hurricanes Katrina and Sandy, Jones Act restrictions had to be suspended because they hindered emergency responses. In 2014, New Jersey was not allowed to use a foreign ship to bring rock salt from Maine in time to respond to a snowstorm. A Jones Act-eligible ship required far more time and added $700,000 to the cost. And such problems extend beyond emergencies. Maryland imported rock salt from Chile rather than Louisiana, because shipping it all the way from Chile was three times cheaper than Jones Act domestic transportation.

We should also ask what the Jones Act has “bought” in the way of building up America’s shipping ability. It has produced an incredible record of failure. One of the clearest indicators is that Jones Act-eligible ships have fallen from 2,300 at the end of World War II to under 100 today. Another is that despite America’s abundance of liquefied natural gas (LNG), which would make shipment profitable in normal cases, there are no large Jones Act-compliant LNG ocean tankers (which could cost half a billion dollars more to build in the US.). That latter result is particularly notable, as a protectionist measure that can wipe out an entire protected domestic industry is a joke just waiting for economists to tell.

The Jones Act has shriveled America’s shipping capabilities in the name of protecting them, and it has done so at a monumental cost. It has produced something much more like extinction than preservation of critical capacities, making American ocean shipping capacity a seeming candidate for the Endangered Species Act. Perhaps Russian oil imports can be a mechanism to make the Jones Act ship out, freeing Americans from its long-term abusive grip.

This article, How “Buy American” Means Not Buying American, was originally published by the American Institute for Economic Research and appears here with permission. Please support their efforts.

Bitcoin Prices Have Been Holding Up Well Lately—What’s Next For The Cryptocurrency?

Tim Draper predicts bitcoin will reach $250,000 next year despite FTX collapse: ‘The dam is about to break’