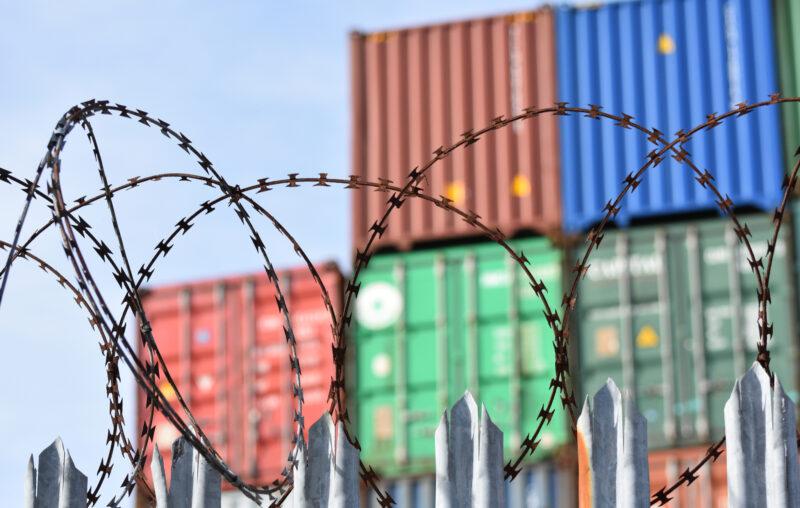 Donald Trump, the self-proclaimed “tariff man,” imposed a panoply of tariff increases in the misguided attempt to stimulate American production. However, Joe Biden, elected in large part by Trump haters, has in the words of the Orange County Register, “largely kept those tariffs in place.”

That raises the question about why parties with such sharply opposed rhetoric both sustain protectionist policies, when protectionism is just our government making war on some Americans to benefit others.

Perhaps protectionism seems attractive because its root is “protect” or “protection.”

We all want to protect ourselves and what is ours from others’ invasions of our “unalienable rights.” Since John Locke, that protection has been recognized as the primary task of any government that advances its citizens’ well-being. That is why a central federal role is national defense, to protect against foreign invasions. Similarly, police, courts and jails primarily protect citizens from neighbors’ invasions.

While they sound similar, protectionism is very different from the protections we all wish to enjoy. We all want ourselves, our property and our rights protected. National defense is to protect all of us. Police are to “protect and serve” all equally under the law. But protectionism cannot expand the protections all of us desire.

Protectionism provides special treatment for political favorites at the expense of others’ rights and well-being. In fact, it harms all American consumers not given special protection, by removing options they chose for themselves (as illustrated by the fact that undoing protectionist policies could lower prices paid by Americans at a time when rapid inflation is supposedly political topic number one), yet it persists.

I believe the underlying confusion involved is abetted by our use of the word “you” in English. Since we moved on from thou (singular) and ye (plural), you can be either singular or plural. You could say “this will protect you (singular),” meaning “it will protect the individual I am referring to, and harm others,” or it could mean “this will protect the individual I am referring to, without harming others.” The first is protectionism; the second is protection, but current usage is ambiguous.

Perhaps more useful would be to use y’all for the second of the two meanings above—protecting an entire group, without harming others. That would help us see that if you does not mean all in sentences such as those above, you are talking about protectionism, not defensible protection. Such policies go beyond protection of our common rights, necessarily harming some. It cannot benefit all. It restricts choices and competition, crowding out mutually beneficial arrangements for all but the specially-favored few.

That means the vast majority of Americans are left worse off by policies that can’t honestly be described as benefitting that meaning of y’all. That also leaves unanswered the question of why some deserve government-coerced charity from the rest of us. However, protectionists finesse that by focusing their rhetoric narrowly on how it will help a particular group (the you addressed), hiding the necessary harm to others from view. And they also often present it as giving the favored group “justice” from some unfair circumstance, ignoring the fact that giving favored groups such justice necessarily commits injustice against other Americans.

Protectionism is a negation of protection for all. Herbert Spencer thought it should be called aggressionism instead, to remind people that it is inconsistent with the natural rights Americans’ government was to defend. And aggressionism does describe what has become in many ways the essence of our government’s actions: violating some citizens’ rights–violating justice–to expand others’ claims beyond what is consistent with justice. And it can be simply recognized by asking whether “this will protect you better” can be replaced with “this will protect all better.” The frequency of “no” answers to that simple question would certainly be depressing, but it could help deflate the massively harmful and widely metastasized role of (rule of) government in our lives.

This article, Helping Y’all Understand Protectionism, was originally published by the American Institute for Economic Research and appears here with permission. Please support their efforts.