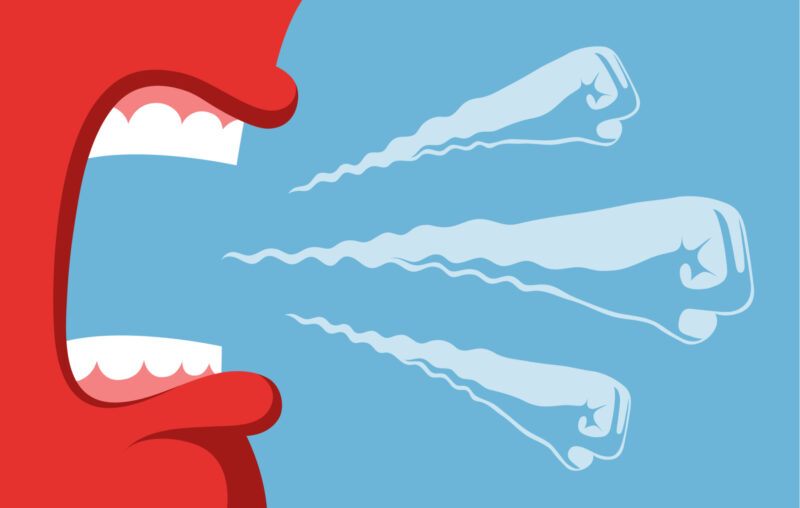 “No wonder people f—–g hate landlords.” That was what comedian Andy Richter tweeted (since-deleted). What caused that reaction? A landlord wanted six months advance rent on an apartment he was seeking for his son. However, that expletive reflects misunderstanding rather than justifiable derision, of a type I call greedy-bastard economics.

In greedy-bastard economics, rather than tracing their understanding of something they dislike back to its ultimate source, people only trace it back until they get to someone they can demonize as a greedy bastard. That is, scapegoats become what Frederic Bastiat called “what is seen,” while the real cause becomes “what is unseen.” And the real cause is typically the coercive hand of government, giving control of others’ property to itself, while blaming those it violates.

This reflects Walter Block’s recognition that “There is a positive relationship between the amount of governmental interference in an economic arena, and the abuse and invective heaped upon the businessmen serving that arena.”

The strident anti-landlord response illustrated here is striking, in that one need not look at all far to find what Thomas Paine called “the greedy hand of government thrusting itself into every corner” as the real reason, not some inherent evil in landlords. The unconstitutional CDC eviction moratoria made every renter a huge potential financial loss for the owner, because they could evade their agreed-to contractual obligations, with no assurance that landlords would ever be made whole.

However, when landlords are faced with very large, and often crippling, government-imposed losses, they try to protect themselves from such damage. Reducing such risks is the reason for landlord demands such as paying rent in advance. Of course, greedy-bastard economics practitioners then pile on still more blame for landlords trying to avoid being robbed of their property rights, rather than recognizing the problem for what it is (after all, renters who can avoid their obligations are the ones being stolen for, and the government is sponsoring it, making neither group particularly interested in such recognition).

In fact, the eviction moratorium version of greedy-bastard economics echoes a far longer-running version in which state and local governments target landlords. As Block put it, “the spillover effects of bureaucratic red tape and bungling” are blamed on landlords, rather than on the government policies and procedures that caused them. He recognized rent control as a primary culprit, because it “changes the usual profit incentives, which put the entrepreneur in the service of his customers,” into incentives where “the landlord can earn the greatest return not by serving his tenants well.”

Rent control undermines landlords’ incentives to provide the services tenants want, because it denies landlords the ability to receive adequate compensation to make their efforts worthwhile. What landlords are blamed for is in fact one of many predictable, adverse consequences of rent control, including housing shortages, increased discrimination, increased uses of subterfuges to evade the controls, reduced construction and deterioration of the housing stock. Landlords then not only get blamed for their unwillingness to do what tenants want but they won’t be adequately compensated for, but also for their efforts to evade controls that rob them, even though such evasions keep the available rental housing supply from falling as much as it otherwise would have.

These predictable effects follow without landlords being any greedier than anyone else. It instead reflects greed on the part of both renters benefiting at landlords’ expense and the government entities that sponsor them, which should place blame at the feet of the government body that imposed the controls. But many still blame the supposed greedy bastards they deal with directly rather than the real greedy bastards.

Both the federal government’s unconstitutional eviction moratorium regulations and state and local governments’ impositions of rent control and other restrictive regulations are major examples of “greedy bastard” economics. They both also illustrate why government “solutions” actually increase the influence of greedy bastards in society. After all, “greedy bastard” is an excellent description of someone who demands power over others without cost or their willing consent, or who supports such robbery simply because they gain from it, while tarring others for the problems that arise.

This article, Hating Landlords Misplaces the Blame, was originally published by the American Institute for Economic Research and appears here with permission. Please support their efforts.

Is Default On The Table?