Has The Great Shaking Of The Financial Markets Finally Begun? 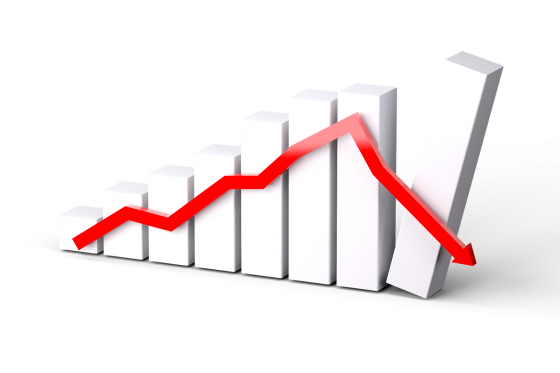 A whole host of prominent voices have been warning that volatility and chaos would be returning to Wall Street, and that is precisely what has happened.  But is this just a temporary blip, or has the great shaking of the financial markets finally begun?  Many stock market investors are very much hoping for the former, because the pain is already becoming quite severe.  The Nasdaq has fallen more than 5 percent this week, and it is headed for its second consecutive weekly loss.  But the bond market has actually been making even bigger news.  On Thursday, the yield on 10-year U.S. Treasuries actually exceeded 1.6% at one point, and that was the highest level that we have seen in quite a long time.  Some pundits are calling what just took place a “flash crash”, but it certainly appears that yields could move even higher in the days ahead.

Throughout the COVID pandemic, stock prices have just gone higher and higher, but everyone knew that the party would end eventually.

Have we now reached that point?  The numbers tell us that Thursday was the single worst day for stocks so far in 2021…

It’s “just a full on rout in the bond market. So that filters into everything else,” said Evercore ISI strategist Dennis DeBusschere. “It looks like we just had a flash move in bonds. With a puke move that drove [10-year] yields to 1.6%… We just have to wait for some form of equilibrium in bonds.”

Considering how much our money supply has been rising, there was simply no way that bond yields could stay where they were.  It was just a matter of time before inflation fears scared investors, and finally on Thursday the rush for the exits became a stampede…

“It is all about bond yields today,” said Ryan Detrick, chief market strategist for LPL Financial. “There was a flash spike in the 10-year yield and that upset the apple cart, as higher yields are spooking the stock market. Could there be more inflation coming than what most think?”

I can answer Detrick’s question in one word.

Eventually, we are going to see inflation rise to levels that most people never dreamed would be possible in the United States.

Meanwhile, the real economy continues to rapidly deteriorate all around us.

One day after Fry’s Electronics announced that it would be going out of business, Best Buy revealed that it will be letting 5,000 workers go…

Best Buy said Thursday that it laid off 5,000 workers this month and is planning to close more stores this year as more consumers buy electronics online.

The news comes at a time when big chains face growing competition from Amazon and other sites that sell items like TVs and laptops. Fry’s Electronics said Wednesday that it would abruptly close all of its stores overnight, ending nearly four-decades in business.

I have always had a soft spot for Best Buy, and so this made me quite sad.

So many iconic businesses are crumbling, and America will never be the same.

Of course one of the primary reasons why so many traditional retailers are failing is because online shopping has surged during this pandemic.  But as online shopping becomes increasingly dominant, it has created an epidemic of package thefts…

Forty-three percent of Americans shopping online experienced package theft last year, up from 36 percent in 2019, according to a recent market research study. Of that 43 percent, almost two-thirds reported packages having been stolen more than once. The New York Police Department does not keep data to that level of specificity, I was told, and the most recent figures available for the city estimated that 90,000 packages had disappeared every day in 2019.

The number really shocked me.

That means that on average at least 90,000 crimes are committed in just one of our major cities every single day.

If things are that bad in New York, what would the number for the entire nation be?

Everywhere you look, the social decay that is eating away at our society like cancer is getting worse and worse.  At one time you could trust that most Americans were law abiding citizens that would consistently try to do the right thing, but those days are long gone.

And as economic conditions get even bleaker, that is just going to feed even more crime, civil unrest and social decay.

In the short-term, a very large proportion of the U.S. population is counting on the federal government to bail them out…

Almost one-third, or 29%, of U.S. adults are counting on another round of government relief to get by, and another 24% say they need it but doubt it will happen, a new CNBC + Acorns Invest in You survey conducted by SurveyMonkey found.

People of color are more likely to be relying on the relief, especially Black women. Half of Black Americans and 40% of Hispanics said they were counting on it, while 57% of Black women said the same. Additionally, 24% of Blacks and Hispanics need it but don’t think it will come to fruition.

All the way back when the first round of “stimulus payments” was being proposed, I warned that we were opening up Pandora’s Box.

I warned that the American people would be demanding more payments in the future, and they will reward politicians that are able to deliver those payments at the ballot box.

Of course by borrowing and spending trillions of dollars that we do not have, we are destroying the reserve currency of the world and we are setting the stage for horrific inflation in the future.

In fact, the inflation that is already here is now causing a tremendous amount of instability in the financial markets.

But the “great shaking” is not here quite yet.  What we are experiencing now are early warning signs, and hopefully people are paying attention.