Has the Government Forgotten How Society Works? 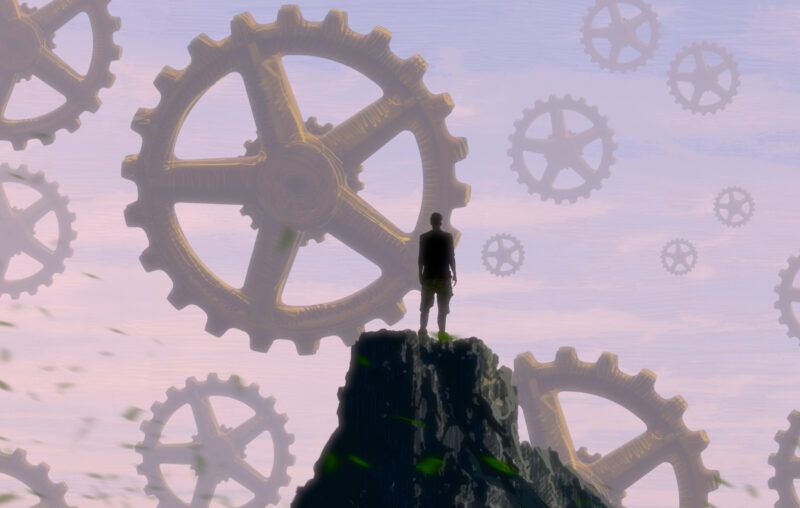 The American experience with Covid-19 and the policies unleashed by our government should have been the millionth wake-up call that perhaps, our leaders really aren’t with us. Lockdown policies based on no solid empirical evidence were upheld as if they had always worked.

This is all frightening and concerning, but with Covid-19 fading into the background here in the United States, the next step is to understand that this behavior was not unprecedented. For the past hundred years or more, our government has become increasingly out of touch with sound economic principles and social science. It has transitioned from a body instituted among men to facilitate a free and prosperous society, to seeing society as its experiment.

The Unprecedented Expansion of the Regulatory State

The regulatory apparatus has been expanding into more and more areas of economic life with little noticeable benefit while having substantial costs. The premise for the advent of a massive administrative state that can subvert the constitutional order is explained in a paper published by Princeton researcher Thomas Leonard. Leonard notes that there was a profound shift in the ethos of American politics in the early 20th century from one that was traditionally skeptical of government power to one that wholly embraced it. He explains the original attitude, which is associated with the great political economist, John Stuart Mill, by noting,

“Agency problems afflicted government bureaucrats no less than business bureaucrats. A career civil servant, Mill warned that government was badly informed, its employees were mediocre and often corrupt, and, moreover, politics continually threatened the goals of efficiency and fairness alike. Market ills were serious, but government cures were all too likely to be worse.”

This is the lesson our government and many of our fellow citizens have seemed to have forgotten. That is that the state cannot know everything when it comes to running society, nor is it staffed with angels that only pursue the public good. Mill’s ideas would later be expanded upon by Nobel Prize-winning economists like James Buchanan with public choice theory and Friedrich Hayek with the knowledge problem. However, it shouldn’t take that level of intellectual firepower to understand that government can’t run everyone’s life with technocratic precision.

This commonsense insight was swiftly abandoned at the turn of the 20th century during the Progressive era, most notably during the presidency of Woodrow Wilson. Leonard notes the ballooning of intellectual egos and delusions about the capabilities of the state by writing,

“The economists’ outsized confidence in their own expertise as a reliable, even necessary guide to the public good was nearly matched by their extravagant faith in the transformative promise of the scientific state. On its face this was a puzzle, for progressive economists judged American political life to be as disorganized, inefficient, and corrupt as its economic life. The professionalizing economists, like all progressives, thus placed their fondest hopes for economic reform in an institution—American government and its party system—they judged wholly inadequate to the task.”

At its core, this hints at a disdain for the private functioning of society, as such intellectuals believed that scientific planners in the federal government could run people’s lives better than they could themselves. That they understand more about how to run a business better than those actually involved in business.The Executive Branch exists to execute the mandate set by the Legislative Branch. It is essentially the sword and shield of the government as it possesses everything from armed agents to limited rule-making authority. The Founders intended these powers, which are the most acute of the three branches of government, to be used in a restrained manner in order to make sure the state is able to do its job. The governing process was intended to be a slow and deliberative affair, premised on the idea that government does not and cannot run society. It merely exists to be a servant of the productive natural order that exists regardless of government mandates.

At the beginning of the republic, there were only a handful of executive agencies but that has since exploded into the massive regulatory apparatus that exists today. These regulatory agencies, through over a century of legal precedent and expansion, exercise unprecedented authority over society with little constitutional oversight. This has not only opened the floodgates for a massive tidal wave of regulatory red tape, ensnaring all of the private sector in compliance fees and inefficiency, but also unleashed the egos of central planners onto society.

The most recent expansion of the administrative state came during the Obama Administration as one article in The Hill notes,

“Obama famously signaled his intent to use the machinery of government to further his policy goals after the 2010 elections, declaring: “Where Congress won’t act, I will.”

The use of the administrative branch in this fashion has always been in contempt of the democratic process. That is because Congress often faces gridlock as the country is frequently divided on certain issues. Especially if it’s controversial. This gridlock is productive because it serves to keep the federal government off the people’s backs. However, the use of the regulatory state to impose mandates on society subverts this check on power. The results have been nothing short of frightening as The Hill recounts on the Obama Administration by writing,

“Data collected by researchers at George Mason University’s Mercatus Center shows that the Code of Federal Regulations, where all rules and regulations are detailed, has ballooned from 71,224 pages in 1975 to 174,545 pages last year.

A recent report produced by the Cato Institute on the explosion of red tape and regulatory rulemaking discusses the three primary obstacles faced by start-up businesses, which have been in decline for decades. The first being legal obstacles that explicitly prevent businesses from operating freely. The report notes,

“Certificate of need laws were originally imposed on the railroad industry in the 19th century. Today, they are imposed in health care, utilities, pipelines, moving services, and taxi services. In some cases, it is disturbingly easy for existing firms and their allies in government to keep new firms out of an industry for no sound reason.”

The second barrier is mandated costs such as the minimum wage, which makes it arbitrarily more expensive to operate. They’re also massive compliance costs and hurdles imposed by extensive rulemaking. The Competitive Enterprise Institute produced a report that noted that the total cost of regulations for the American economy in 2015 was $1.9 trillion. Only big and established companies can absorb such compliance costs; innovative young companies are at a stark disadvantage.

The third regulatory barrier mentioned in the report was the outright banning of certain forms of entrepreneurship. The most relevant being marijuana, which is exploding in popularity and opportunity in the states that legalized it, but the states where it is not yet legal are artificially holding back a wealth of economic possibility. Another more mainstream example is craft beer, which the report notes,

“A statistical study by economist Kenneth Elzinga and colleagues found that the growth of the craft beer industry within states was partly driven by the legalization of brewpubs.”

Learning from this example, there is undoubtedly a wealth of new enterprises and avenues for growth that are being denied solely based on regulatory barriers and overly protective rulemaking. Society is less dynamic and less vibrant, not because of its own wrongdoing, but because of the meddling of so-called experts.

There is no doubt that certain functions performed by the government are necessary. The administrative state was created for a reason and the core of its functions are certainly helpful for the maintenance of a vibrant free-market system. However, the problem comes when it steps beyond its role of being a technocratic assistant to the government and becomes a technocratic form of government in and of itself. Such a doctrine is not only unconstitutional but adversarial to the notion of a free society. The premise for the modern administrative state is the dubious notion that the federal government can scientifically plan the lives of hundreds of millions of people. The practical outcome is a regime of sheer incompetence and counterproductive policymaking that is fundamentally at odds with the normal functioning of society. It is a system meant not for a nation of pioneers and entrepreneurs, but hall monitors and clerks.

This article, Has the Government Forgotten How Society Works?, was originally published by the American Institute for Economic Research and appears here with permission. Please support their efforts.