Gut and Amend Goes to Washington 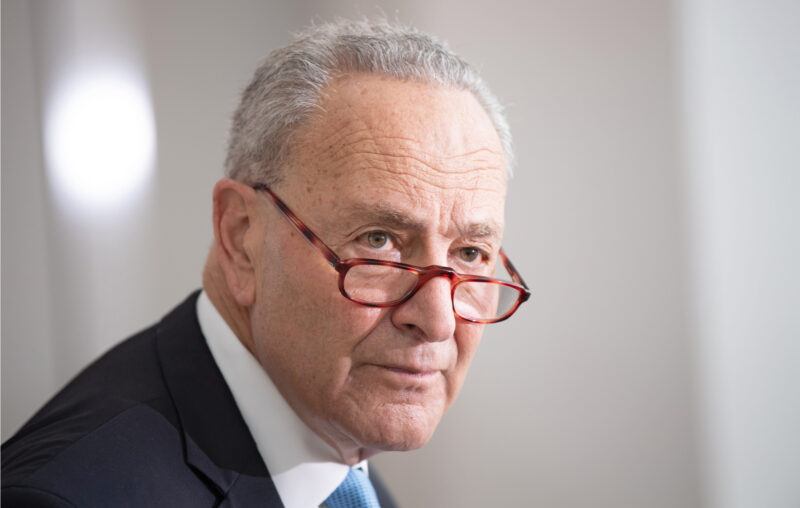 In civics and government books, “how a bill becomes law,” whether at the state or federal level, always shows multiple steps during which representatives seriously consider bills before enactment. Unfortunately, such responsible deliberation, necessary to even a minimal prospect of legislation advancing the general welfare, is often violated.

The “gut and amend” (G and A) strategy for bills at the end of state legislative sessions is a prime example.

As legislators race to pass bills under a tight deadline, power brokers gut bills that have cleared most legislative hurdles—hurdles that supposedly are there to guarantee responsible deliberation–and replace them with completely different bills. Then, in the last-minute frenzy, they rush them through the final steps with minimal scrutiny (e.g., with multiple committee hearings in one room in an hour). In other words, the strategy guarantees irresponsible legislation.

Consider some examples from California, where I live.

In 2020, an Assembly bill (398) passed unanimously, authorizing a school district to submit certain data through the California Longitudinal Pupil Achievement Data System (CALPADS), and was “amended” in the Senate to a tax on California business entities with more than 500 employees at a rate of $275 per employee. Another bill (AB 828) was changed from a human trafficking bill into a foreclosure moratorium bill.

You can go further back in time for plenty more of the same. A 2014 article titled “It’s Gut-And-Amend Time at the Capitol” featured a Silverlake Reservoir bill’s transformation into a requirement that gun buyback programs test weapons for involvement in crimes.

In 2013 there was a bill whose subject morphed from California Environmental Quality Act exemptions for housing projects to increased funding for alternative vehicle technology. A 2012 pension reform bill instead repealed a fire prevention fee. In 2011 there were 48 Gut and Amend (G and A) bills in the last three weeks and included morphing a measure to add allow tuberculosis information to be disclosed into one barring local governments from banning project labor agreements and converting a bill to raise filing fees for ballot initiatives into one allowing ballot initiatives only during November general elections. In 2010, a coastal development bill ended up regulating lobster trap dimensions, and a bill about nonprofits’ electrical service instead regulated ocean water cooling of power plants.

Perhaps most notably, from the perspective of responsible deliberation, was 2006, when G and A sausage-making included seven different committee hearings in the same room in under 40 minutes.

Unfortunately for citizens, such last-minute maneuvers often preclude reading, much less real evaluation. Since bills sensible enough to command sufficient consensus can pass in daylight, only requiring G and A fails that sensibility test.

Despite being blatantly at odds with advancing citizens’ welfare, G and A has defenders, particularly among the power brokers and their favorites it confers great power on. But their preposterous argument is particularly instructive.

G and A’s defense boils down to claiming that, despite missing deadlines or failing to get approval, sometimes legislatures “just need to act.” But that is not a reason; it simply assumes its conclusion—proponents must be allowed to circumvent the rules to enact failed pet projects and special favors just because they decided it was necessary.

The core problem is that for G and A bills to benefit citizens requires several things to be true which are not.

The bill would have to be the legislature’s business. Unfortunately, despite injecting itself everywhere, very little legislation can actually advance our general welfare. Benefiting some at others’ expense is another matter, but such bills deserve destruction, not being greased through.

Only the legislative body using the strategy must be competent to deal with the issue. Where people can work things out for themselves, or other bodies are competent to address the issues, no such legislation is needed, except repeal of what prevents others’ voluntary arrangements.

The problem must be too urgent to wait for ensuing terms. And the sponsor must know how to implement an efficient and equitable solution, despite being unable to convince colleagues of it.

Any bill meeting such requirements could navigate normal legislative processes. So a legitimate G and A candidate must also come as a sudden surprise. But imagining legislators can quickly develop real solutions to serious problems unrecognized just weeks before, yet need to sneak them through, fails the credibility test.

Gut and amend survives only because it lets urgency disguise legislators’ dictates from public accountability. Capitol power brokers may “need” it for their purposes, but it undermines rather than advances citizens’ well-being. So the latter is sacrificed to the former. It empowers those controlling legislative clout, who are rewarded by their backers, but that special treatment necessarily comes at others’ expense. That is why eliminating G and A is important. Unfortunately, it is also why legislatures repeatedly kill such attempts.

What triggered this reflection on G and A bills, however, was not another such abuse of Californians. It was Senator Chuck Schumer’s homage to such abuse in Washington, DC, to advance the Freedom to Vote Act and the John Lewis Voting Rights Advancement Act. The absence of GOP support for the bills and the Senate filibuster rules would normally derail the legislation. But Schumer is trying a “shell bill” approach to push it forward anyway. As reported, in Hot Air, legislation regarding leasing “underutilized” NASA property to private groups will have all its original language deleted and replaced with those two voting amendments. That supposedly makes the replacement just an amendment. That can then go to the Senate as a “message,” where the “amendment” can then be advanced to the floor with a simple majority vote, thus bypassing the Senate filibuster that is standing in their way.

Just as G and A bills in California are completely at odds with “sunlight being the best disinfectant” at the state level, the same is true of Schumer’s “shell bill” approach for the country. The arguments offered for both show a strong family resemblance, but they hold water worse than a sieve. It is clear that they both involve sacrificing citizens’ interests to those of power brokers on issues the brokers want but lack any consensus for.

That is the opposite of what would define “public servants” in any other role than in a farce. It seems like the Democratic leadership at both levels has given up on even pretending otherwise. But if voters would pay attention and notice the fact, their ability to be serial abusers would soon be far more limited.

This article, Gut and Amend Goes to Washington, was originally published by the American Institute for Economic Research and appears here with permission. Please support their efforts.