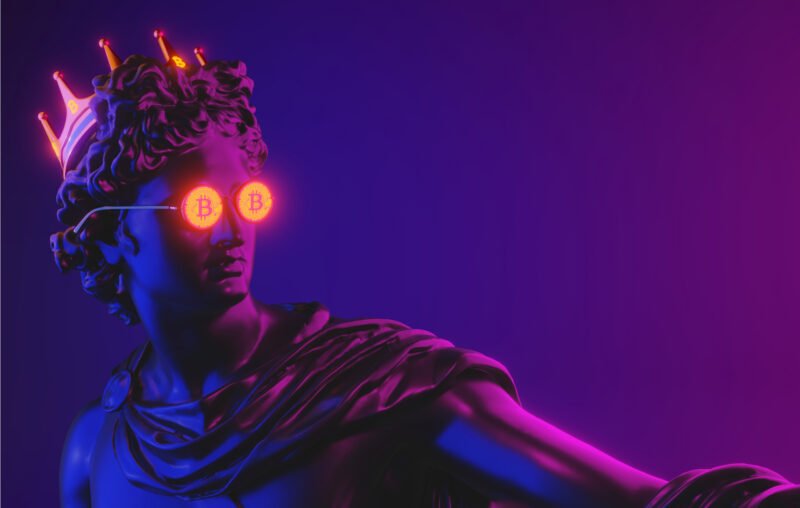 Those in favor of government monies offer a host of justifications to privilege their preferred monies at the expense of private alternatives. By issuing its own money, a government can raise revenue, called seigniorage. It can conduct monetary policy to influence the level of output and employment. It can designate specific kinds of transactions as illegal and, in some cases, prevent users from employing its money in those transactions. And, at least for digital money, it can collect information on transactions to assist in monitoring individuals.

Reasonable people might disagree with respect to whether a particular government is likely to wield any of these powers responsibly; or, whether such powers contribute to overall human flourishing. But it would be hard to deny that governments seem keen to wield these powers. A broad sweep of monetary history would show governments debasing coins, monopolizing the issuance of redeemable notes, suspending convertibility, and then devaluing the irredeemable notes in circulation. Perhaps this history has been good for the average person. Perhaps it has been bad. But it has almost certainly been good for the average person in power. As such, it seems likely that governments will continue to wield these powers when available and attempt to preserve them when possible.

Building on these earlier works, Joshua Hendrickson, Thomas Hogan and I show that the conclusion in the literature is not driven by the assumption that trading partners meet each other randomly. We employ a similar model where agents choose their trading partners prior to being matched. As with the earlier works, we find that government transaction policy works so long as the government is sufficiently large.

In addition to committing to use its money, a government might also designate it as legal tender. Typically, legal tender status means that a money must be accepted if offered in payment of a debt. It need not (but might) require acceptance in spot market transactions. Exclusive legal tender denotes that it is the only money that can be accepted.

Legal tender status works in much the same way as government transaction policy. By removing legal recourse to those who would prefer not to accept the privileged money for debt settlement, legal tender status leaves them in a take-it-or-leave-it position and, as such, effectively increases the lower bound for demand. If that lower bound is sufficiently high, people will choose to accept it in other transactions, as well.

Can a government successfully ban an alternative money like bitcoin? To consider this question, Joshua Hendrickson and I employ a model similar to those considered above, where trading partners meet in pairs, though the people in our model also have access to a common market. Government agents commit to accepting the government’s preferred money, as they did in the earlier works. However, government agents in our model also commit to punishing any person they encounter offering to use an alternative money. Whereas the earlier literature maintained that a sufficiently big government could determine the medium of exchange, we find that a government of any size can determine the medium of exchange so long as it is willing and able to mete out sufficiently severe punishments. More generally, our work suggests that both the size of government and the expected severity of punishments matter for determining which money will be used.

Some reject the view that governments can effectively ban alternatives like bitcoin. Jon Matonis, the Founding Director of the Bitcoin Foundation, claims “a government ban on bitcoin would be about as effective as alcohol prohibition was in the 1920s.” “The demand for an item, in this case digital cash with user-defined levels of privacy, does not simply evaporate in the face of a jurisdictional ban,” Matonis writes. “One could even make the case that it becomes stronger because an official recognition that Bitcoin is not only a ‘renegade’ currency but a ‘so-effective-it-had-to-be-banned’ currency would imbue the cryptographic money with larger than life qualities.”

Since the bitcoin blockchain is distributed and its users are pseudonymous, a government would find it difficult to successfully ban bitcoin. In May 2013, for example, California’s Department of Financial Institutions issued a cease and desist letter to the Bitcoin Foundation for allegedly operating an unlicensed money transmission business, to no avail. Matonis addressed the issue in a Forbes column at the time:

The Bitcoin Foundation is a nonprofit corporation registered in Washington, D.C. with mailing address in Seattle, WA. As a nonprofit, its mission is to standardize and promote the open source Bitcoin protocol and it receives generous support from individuals and corporations to advance those objectives. The foundation also boasts significant international membership.

One activity that the foundation does not engage in is the owning, controlling, or conducting of money transmission business. Furthermore, that activity would also be against the original charter of the foundation.

The California regulatory authority appears to have thought the Bitcoin Foundation was responsible for maintaining the bitcoin ledger when, in fact, bitcoin has no central entity and the blockchain is distributed over the entire network of users running the bitcoin protocol.

A government cannot levy punishments on bitcoin users if it does not know who they are. How, then, could it ban a pseudonymous system like bitcoin? For starters, it could take steps to tie an individual to his or her balance of bitcoin. The clearest path––which is also consistent with what the U.S. government has actually done––is to require on- and off-ramps to the bitcoin system to comply with know-your-customer laws. The Financial Crimes Enforcement Network (FinCEN), for example, requires exchanges to register as a money services business and collect identifying information on its customers. Then, if a bitcoin transaction can be traced through the blockchain to an exchange, the government can subpoena the information from the exchange.

Even if one were to acquire bitcoin without going through a regulated exchange, the government might still be able to discover his or her identity and levy punishments for use. Many transactions inevitably reveal one’s identity. Goods purchased online are typically delivered to the buyer or the buyer’s agent. Many services rendered are performed with the buyer present or with property that is owned by, or otherwise traceable to, the buyer. That one can send or receive payment from an anonymous account is often of little help if the other party to the transaction is a government agent.

Matonis is probably correct in noting that the government cannot technically prevent every bitcoin transaction. But most routine transactions would be relatively trivial to stamp out. Most people prefer to be on the right side of the law most of the time. A ban with significant punishments for those caught sending and receiving cryptocurrencies would surely see those “bitcoin accepted here” signs disappear. It would make finding a trading partner willing to use bitcoin more cumbersome. And those nonetheless keen to use bitcoin would have to take steps to obscure their identities and vet their trading partners.

Thinking in terms of the threshold utility of the alternative money relative to the government’s preferred money sufficient to warrant acceptance also suggests another strategy a government might take to dissuade people from using bitcoin: improving the quality of its preferred money. To warrant acceptance, bitcoin must be sufficiently better than the status quo. The government can reduce the difference between bitcoin and its preferred money by making bitcoin more costly to use. But it can also reduce the difference by making its own money more attractive to users. Indeed, it might pursue both strategies simultaneously. In January 2021, for example, a bill was introduced in India’s lower house, the Lok Sabha, to prohibit private cryptocurrencies in order to make way for an official digital currency issued by the Reserve Bank of India. Central bank digital currencies have been proposed in many other countries, as well.

It seems unlikely that a central bank digital currency in India or elsewhere would offer the same level of financial privacy or commitment to a tightly-specified monetary rule as bitcoin. But it would not have to do so. Remember: it is not enough for bitcoin to be superior to the government’s preferred money. It must be sufficiently better to warrant the cost of switching. And what is required to be sufficiently better is much greater when a central bank digital currency is offered, even if it lacks some desirable features of bitcoin.

Government obstacles to widespread adoption take many forms, from mere transaction policy to outright bans on alternatives while providing close substitutes in the form of central bank digital currencies. Moreover, since money is subject to network effects and bitcoin aims to be a global money, a government obstacle anywhere is, in some sense, a government obstacle everywhere. China’s prohibition of bitcoin exchanges, for example, means Chinese citizens find it more cumbersome to use bitcoin. When some Chinese citizens stopped using bitcoin as a result, the network size of bitcoin declined and, with it, the utility of bitcoin to those in other countries. That means bitcoin might fail to gain widespread adoption in relatively permissive countries because opposition from other governments render its network size too small.

This article, Government Opposition to Bitcoin, was originally published by the American Institute for Economic Research and appears here with permission. Please support their efforts.

Even One Of The Biggest Bears Expects The S&P To Dead-Cat Bounce To 4,100