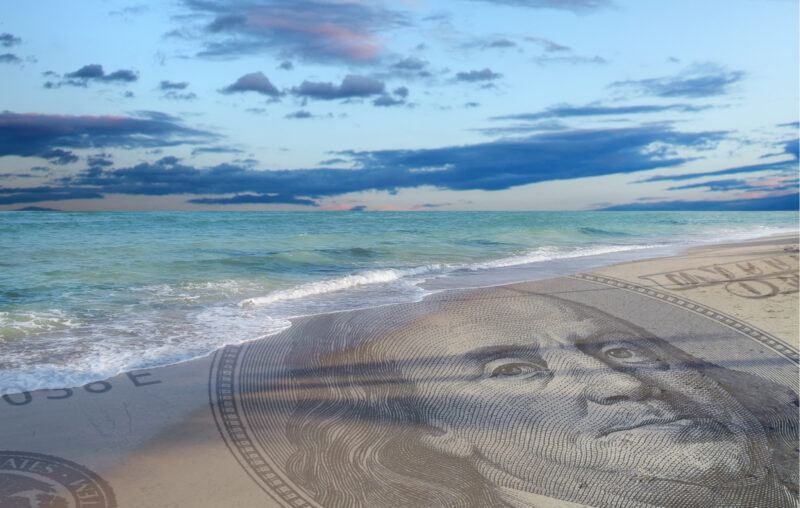 The recent East coast gasoline pipeline disruption produced complaints of shortages and “gouging,” words now well-worn by their use after every disaster and supply problem. President Biden made sure he was counted among the anti-gougers, saying he would work “to put a stop to price gouging wherever it arises.” And he has lots of company, with about two-thirds of U.S. states having laws against gouging, often in terms so vague that it makes enforcement almost totally arbitrary.

However, those shaking their pitchforks against alleged gouging should realize that price increases are the solution to shortages, and that artificially inhibiting the market mechanism that overcomes the shortages does consumers no favors. It is no more than raising prices in recognition of the fact that circumstances have rapidly raised the value of a good.

While someone always complains about paying higher prices, it only raises a furor during situations hyped as emergencies. Everyone seems to oppose “gouging” in a crisis. But it is even more important to allocate resources efficiently when they are scarcer than usual. And contradicting the “poison pen” press it receives, “gouging” not only accomplishes that, but it results in lower total costs to consumers of acquiring the goods involved than gouging laws.

Consider gas station owners who suddenly have people lined up for blocks at their stations. What costs are those customers bearing to get gas? They are paying not just the dollar price at the pump, but also the opportunity cost of waiting in line, plus the additional costs of searching for available supplies, often unsuccessfully, although those costs do not show up in price data. Perhaps more importantly, those latter costs do not benefit station owners, whose incentives to make more output available to consumers are the key to eliminating any shortage.

Self-interested owners (desirous of advancing things they care about, as we all are) would not want that situation to continue. They would rather consumers, who are already revealing their willingness to bear far higher costs than those at the pumps, bore them in a different form. They want the added costs to consumers to also produce added benefits for owners. That is, they wish to raise the dollar price, converting “wasted” search and idling costs into revenue for them.

When circumstances have suddenly raised the value of gasoline, however, such price increases are often called gouging, with the threat of government prosecution holding prices artificially low. That in turn, creates shortages that owners would otherwise eliminate by raising prices when the supply and demand situation warrants it (i.e., when others who want the good are willing to bear far higher costs to get it).

Given that “benefiting customers” is the constantly repeated rationale for anti-gouging laws, it is essential we recognize that the consequences actually harm them.

When an upward movement toward a new higher equilibrium market price is limited by gouging laws that effectively cap prices below that level, suppliers will not provide as much of their products as they would if prices were not legally limited.

With an effective price ceiling below the current market equilibrium level, sellers are willing to sell less than they would at the higher equilibrium price, because the benefits to them of doing so are reduced. With less offered for sale, buyers are willing to pay even more than they would if they were “gouged” by the equilibrium price (e.g., if there are only 5 million gallons available rather than 6 million gallons available at the higher equilibrium price, people would be willing to pay more for a gallon of gas that has been made even scarcer than it would have been). And that means some will get less gasoline than before, and many who would have gotten some may get none, an extremely odd way to help consumers desperate to get gasoline.

In other words, gouging laws raise rather than lower the total cost of getting gasoline above the “gouging” price consumers are supposedly protected from. It is only because those costs of additional search and waiting time aren’t as visible as prices that people don’t realize it, allowing anti-gouging politicians to pretend to be consumers’ friends rather than their enemies.

It may be that people don’t recognize that gouging laws will increase the costs to consumers, harming rather than helping them, because they are considering the wrong tradeoff. Someone who has already successfully located gas at a price held artificially down would gain by paying less for it. But that is not the situation of the vast majority of hopeful consumers. They lose precisely because they are less likely to find the item available when its price is artificially held down.

When circumstances have changed rapidly in a “crisis,” allowing market prices to change simply reflects those very different circumstances, aligning information and incentives for market participants. Anti-gouging laws, like explicit price controls, just pretend that reality away, undermining markets’ ability to produce better social cooperation in a world of scarcity. Yet many people support them, presuming they benefit from suppressed prices.

If, however, people realized that such laws actually harm them as consumers—that gouging laws gouge consumers–once all the costs they must bear are considered, perhaps we could put an end to this counter-productive way politicians illustrate Ronald Reagan’s quip that “the nine most terrifying words in the English language” are “I’m from the Government, and I’m here to help.”

This article, Gouged by Gouging Laws, was originally published by the American Institute for Economic Research and appears here with permission. Please support their efforts.

The $1.2 Billion Snub: Scholastic Corp. Boss Cuts Family From Will And Leaves Fortune To Former Lover