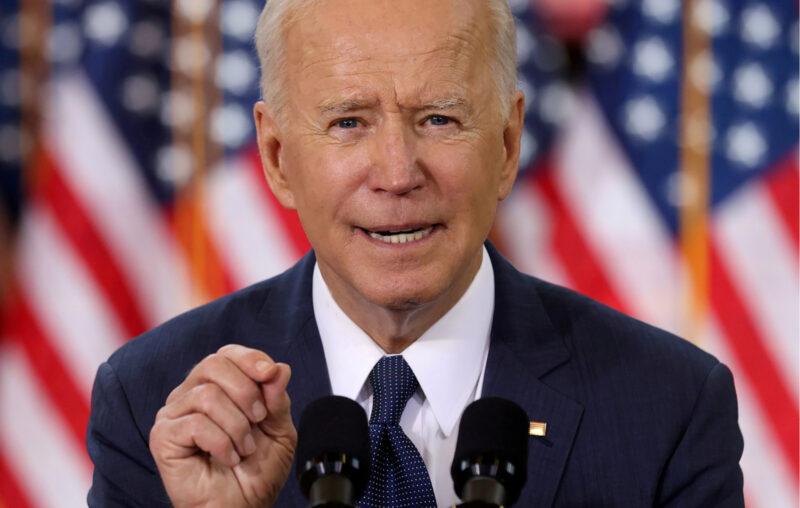 The U.S. government has become a gerontocracy where ancient ones like President Biden (78), House Speaker Nancy Pelosi (81), and Top Pseudoscientist Anthony “Sleek” Fauci (80) rule with a liver-spotted iron fist, imposing on the rest of the country what is best described as geezernomics, or a system of economic policies that profits superannuated elites at the expense of most other Americans.

The Bible, mothers, Plato, and common sense tell us to respect our elders but that doesn’t mean we should be ruled by them. At some point, loss of mental acuity outpaces any gains from added experience, which is why we do not just make our oldest geezer president. For the unconversant, in American slang an “old geezer” is a very elderly person, often one who is odd or cranky.

Geezernomic policies are also quite odd, the stuff of monetary and fiscal cranks who have little to no incentive to “support the general welfare,” whatever that is. Instead, they pursue self-interested policies with even more gusto than their younger colleagues.

Like Mancur Olson’s roving bandit, the ancient ones would rather raid than trade and prefer taking to making. While their younger colleagues want to preserve taxpayers for future exploitation, the superannuated want everything, and they want it now. They do not care that their policies increase the already massive national debt and money supply or damage the English language by calling anything they want “infrastructure,” racist policies “antiracist,” and political ploys “science.” They do not care if their policies destroy the nuclear family, the educational system, and moral and religious value systems, the very pillars of civil society.

The expected costs of behaving badly almost vanish for the elderly. What good would it do to stick Fauci, or even Andrew Cuomo (63), on death row for their crimes against humanity? Both will be dead in bed before they die in “the chair,” even if arrested today.

Maybe politicians care a little bit about how future generations will judge them but they must realize that they cannot hide their decades of sin forever, so the marginal reputational cost of some extra sins at the end is small. They must also know that future historical interpretations of them will wax and wane with the politics of the time, or the cultural Zeitgeist, just as it has for George Washington, Alexander Hamilton, Thomas Jefferson, Abraham Lincoln, and so forth. The only certainty is that the winners write history, so best to be a winner by getting as rich as possible. Big trust funds will give their progeny plenty of time to write whitewashed biographies of them.

Most importantly of all, the gerontocrats will not have to live long under the poor policies they create so they can impose ineffective, short-sighted ones without personally bearing the costs. Just as our healthcare system can persist as one of the worst in the developed world on a cost-benefit basis (almost 20% of GDP for so-so results) because members of Congress created a much better system for themselves, so too can Fauci lie about every major aspect of the pandemic, Treasury Secretary Janet Yellen (74) can change her tune about huge federal deficits, and President Biden can turn formerly fierce military warriors into Woke Social Justice Warriors. Ashley, Hunter, et al will live on as wealthy party royalty, whether in the Democratic Party or the CCP.

Mandatory retirement seems the only reasonable solution to the geezernomic policies desired by the gerontocracy. Like in the Oak Ridge Boys’ song “You Don’t Have to Go Home (But You Can’t Stay Here),” which is also a line in a Semisonic song called “Closing Time,” mandatory retirement doesn’t mean that you have to stop working, just that you can’t work here anymore. The federal government itself imposes mandatory retirement on some of its own workers. FBI special agents and federal firefighters, for example, have to retire at age 57. That makes sense as both jobs have significant physical components that older people have demonstrably more difficulty fulfilling.

Mental acuity generally declines later and is more difficult to detect but nonetheless certainly occurs in most people. The federal government recognizes that, so unless they are given a special exemption, foreign service employees in the State Department must depart at age 65 and most other federal employees must retire at age 70.

Rules for state government employees vary. In Massachusetts, for example, only police officers, firefighters, and correction officers must retire at age 65, plus judges at age 70. To be a good judge requires mental acuity that many older individuals simply can no longer consistently display.

For that reason, judges in many states must retire at 70 or 75. SCOTUS justices, though, may serve for life. The wisdom of that policy, however, is being questioned once again. But why stop at SCOTUS? Why should any superannuated individual be allowed to ruin the world, deliberately or not, as they exit it? Maybe we should add a maximum age for POTUS? Amend the Constitution so nobody over 62 can run for the office, so if he or she serves two full terms s/he will be out of office before hizzerher 70th birthday. Ditto members of Congress. It is not like there is a dearth of people qualified to hold those offices after all.

There is precedent for mandatory retirement for policymakers and executives in federal law. Although under the Age Discrimination in Employment Act of 1967 employers in the US usually cannot force employees to retire, an exception is made for “executives and policymakers.” After all, it doesn’t matter much if an office assistant or line worker is “losing it,” but if a CEO or board chair is no longer “all there,” for- and nonprofit entities can suffer big losses. So federal law recognizes that they should be able to protect themselves from the depredations of entrenched cronies and straight up geezers who may have seemed fine at the beginning of their terms but by the end may prove to be ineffective or even disastrous.

A critic might argue that “the people” choose to vote for gerontocrats, but do they really? No candidate receives more than half of the votes of the entire electorate because voter participation rates are so low. Moreover, the choice with any possible impact on the election is almost always between two major party candidates selected by an even smaller slice of the population. Picking between the geezer with the elephant and the old timer with the donkey next to their names doesn’t really solve the root incentive or superannuation problems identified here.

Of course the best solution would be to strip government officials of most of their power and restore stringent checks and balances, especially in fiscal matters, so that our national government remains one strictly limited to defense and diplomacy, as the Founders intended. Barring that miracle, let’s at least not let the ancient ones destroy the country with huge deficits and senseless “solutions” to drummed up or government-induced problems related to climate, income distribution, and race relations. Most babies born today will (one hopes) live to see at least the opening of the 22nd century. Why should some self-interested geezers with “one foot in the grave” born before the mid-20th century be able to diminish the quality of their lives?

This article, Gerontocracy and Geezernomics, was originally published by the American Institute for Economic Research and appears here with permission. Please support their efforts.

FBI: China Is Behind Past Oil & Gas Pipeline Cyberattacks