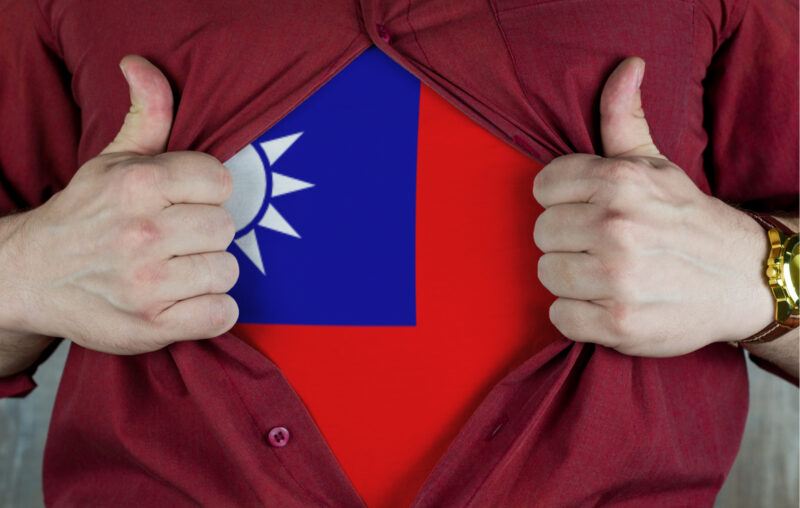 While the issue is still relevant, rallying to support Taiwan has become a sort of meme that has both comedic and moral value. I covered the context to this in an earlier article here.

Essentially, the ever petty and highly authoritarian Chinese Communist Party has taken offense at American celebrity John Cena calling Taiwan, a nation it wishes to conquer, a country. In response, the satire website Babylon Bee published an article proclaiming Taiwan Is The Country of the Year. This also happened to be the first time this award was given out.

Taiwan News reported that CM Punk, a former wrestler with over 2.6 million Twitter followers changed his profile bio to “Taiwan is a Country.”

It goes without saying that hopping on the “Taiwan is a Country” comedy train is not only an easy way to amuse yourself but it also shows support for one of the freest and well-behaved democracies in the world. Taiwan boasts a bustling market economy, is actively engaged in humanitarian aid, is closely aligned with the United States, and routinely thumbs its nose at the Chinese Communist Party. Supporting Taiwan is not only affirming the right of freedom-loving people to live independent of oppression, but also a well-deserved middle finger to the CCP and its antics.

It should go without saying that China is an existential geopolitical rival but military confrontation would be catastrophic and former President Trump’s trade war has been utterly counterproductive. As the people with fancy political science degrees figure out a new strategy, regular people around the world can fight the good fight by using our personal resources to annoy the CCP as well as show our discontent with their actions. As if you didn’t want to do so already.

Back in March, I noted that the CCP mobilized its population to boycott Western companies for accusing them of using slave labor in Xinjiang. Millions of individuals rushed to tow the party line for the CCP. Perhaps it’s time for freedom-loving people around the world to raise our voices as well and show them that not only can we do it better, we can enjoy ourselves while we’re at it.

This should be common understanding now but Winnie the Pooh, the beloved animated bear, has been banned in China after numerous comparisons have been made between Pooh Bear and China’s General Secretary Xi Jinping. Authoritarian regimes are unusually petty when it comes to their leader’s image. For example, in North Korea, its citizens are taught that their leader Kim Jong Un does not need to use the bathroom and has been able to drive since the age of three.

The Chinese wish to not only squash all dissent, but they take serious issue with the comparison of Xi, whose portrayed image is as a competent, technocratic, and dedicated leader, to Winnie the Pooh, a harmless and silly character. However, there has never been a better match.

Now this one is a little bizarre and I only learned about China banning the children’s cartoon Peppa Pig when I was studying abroad in London during a party with a lot of Chinese students. I have not stopped laughing. The Independent writes,

“The censorship came after Peppa’s likeness became popular with a subculture of internet users known as “shehuiren” or “society people – a group who some say hold “anti-establishment views” and “gangster” attitudes.”

If you don’t know what Peppa Pig looks like, it gets more amusing when you do.

I may have a background in political science, but it is truly beyond me why a regime that is currently engaging in what can be described as ethnic cleansing is also afraid of an animated anthropomorphic pig.

Although a trade war against China isn’t advisable, that doesn’t mean you shouldn’t enjoy high-quality Taiwanese goods! In many ways, you probably already do, as Taiwan is a global trade hub and the world’s biggest producer of semiconductors. At the moment China is currently engaging in economic warfare against Taiwan to slowly erode their morale, as China is Taiwan’s top trade partner by a large margin. This Rand Corporation report explains their strategy in greater detail. Taiwan desperately needs to diversify its trade with other countries. Now the best way to do this is to pursue free trade agreements and encourage other countries to make similar arrangements.

Clearly, the average person does not have the capability to affect this kind of change but you can consume Taiwanese products and be absolutely obnoxious about it to annoy China.

Taiwan has its own domestic beer, appropriately named Taiwan Beer. There are certainly better beers in the world but they don’t say Taiwan on it. Either way, drinking a Taiwan Beer is a great way to quench your thirst while also supporting a freedom-loving country actively resisting Communist China.

The Taiwanese diaspora is worldwide and you can find plenty of Taiwanese communities and businesses in countries like the United States. Many Taiwanese staple foods like soup dumplings, bubble tea, shaved ice, and other foods are already deeply integrated with the American diet in many parts of the country. Although this article will name some great international chains, there are plenty of mom-and-pop establishments to explore. The main idea is that China really wants to erase the Taiwanese identity much like it’s trying to do with the Tibetans and the Uighurs. I’m sure the CCP would be really annoyed if all across the Western world people continued to embrace Taiwanese culture.

Taiwan is widely known for being a top tourist destination likely due to its rich culture, tropical island weather, friendly people, high standard of living, and scenic natural wonders. Tourism is a major component of the Taiwanese economy and another great way one can support the country while also enjoying themselves. Furthermore, the Chinese have been pressuring airline companies to drop references to Taiwan as its own country. To reiterate, China is trying to erase Taiwan both physically, economically, culturally, and diplomatically. It’d be a real shame for the CCP if people just start visiting the country even more now, not only supporting Taiwanese tourism but strengthening its bonds with the international community.

This should be common sense but it is common for countries that engage in geopolitical hostilities to adopt unfavorable views of the ethnic group that hails from the opposing country. The US in particular has an ugly history when it comes to racism, anti-Asian racism included. In World War II Japanese-Americans were infamously rounded up and sent to internment camps because they looked like the enemy. Chinese people are not the problem, the CCP is the problem. Chinese-Americans are just as American as the next person. Nothing in this article should be construed to suggest that racially motivated aggression in any form towards people of Chinese descent is acceptable.

The CCP has routinely leveraged racial tensions in the United States in its propaganda efforts. China Daily, a news company owned by the CCP, noted in one article how members of the Black Panther Party were invited to China during the civil rights era.

This is of course the same CCP that is engaging in ethnic cleansing and genocide while also allowing its police departments to implement arrest quotas for practicing members of religious faiths and other persecuted minorities.

The United States in particular is a place where Chinese people live better than their counterparts in China because of our free and open society. According to China’s Bureau of Statistics, the average urban household in 2019 brought in 42,359 Yuan or $6,637. The average household income for Chinese-Americans in 2018 was $85,424. Therefore, perhaps one of the best ways to stick it to China is to have confidence in our political system of markets and liberty, which has clearly produced better results for people of all backgrounds, despite our shortcomings and despite our past.

In a previous article, I explained why the United States should not become economically and politically more like China to be more competitive. The same goes for upholding our enlightenment values of openness and individual worth.

Much of this may seem like fun and games, and perhaps some of it is. However, in the grand scheme of things, international pressure in the form of social signals and preferences is the best tool at the moment in the absence of a sound military or economic response. China is deeply concerned with its global image and is also highly sensitive to having its narrative broken. Although this article was written in part with jest, a greater motivation is to explain the necessity for the West and its allies to voice discontent with China’s behavior. The best ways to annoy China are ultimately to shine sunlight on its lies and to restore our confidence in ourselves as a civilization that treasures individual liberty rather than kicking ourselves down the road of self-pity and regret.

This article, Fun Ways to Annoy China and Support Taiwan, was originally published by the American Institute for Economic Research and appears here with permission. Please support their efforts.

What To Watch From The Fed And Earnings