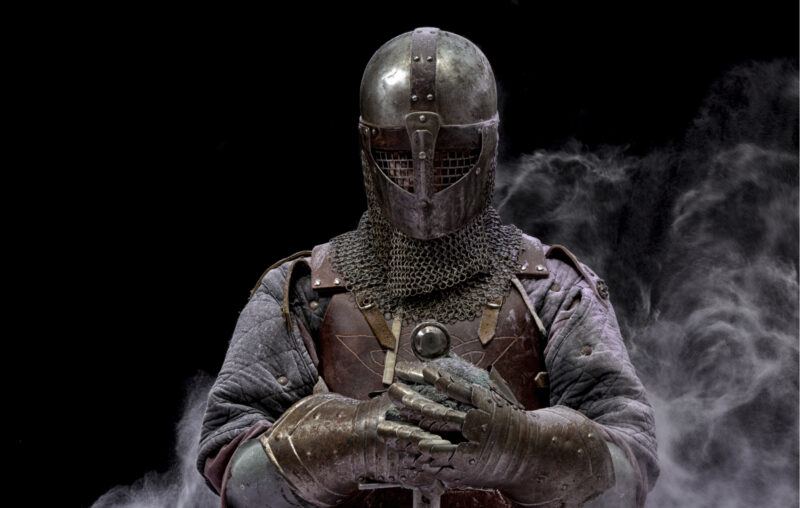 Increasing prosperity over the course of generations is made possible by what economists refer to, in the short term, as economic growth; prosperity is the broader concept, as it entails not merely more output (economic growth), but a quality of output valued by buyers. Prosperity itself brings something more concrete: a higher standard of living. With that we enjoy better health, longer lifespans, and greater happiness.

Unfortunately, for those who want higher living standards in America, empirical measures show that its economic growth rate is decelerating. It’s not a transitory problem, either; it’s been happening for decades and coincides with slower productivity gains. Sadly, few leaders in academia, economics, or politics recognize the grim trend; few can explain it; some even prefer it. Some attribute it to “secular stagnation,” but that’s more a descriptive than an explanatory term.

Let’s first ground our discussion in facts. Figure One summarizes growth rates in two common measures of U.S. economic growth: real (inflation-adjusted) Gross Domestic Product (GDP) and the Industrial Production Index (IPI, which records real output from manufacturing, mining, and utilities). The IPI excludes the services sector, which has been a rising share of total U.S. output in recent decades, but that alone needn’t entail a slowdown in IPI growth. Yet Figure One makes clear that growth in America’s IPI has decelerated significantly over the last two decades.

Biased economists and market analysts are known to “cherry-pick” their data and time periods to push preconceived notions, so let’s use the two common, most widely accepted growth measures, as well as broad, comparable time periods. We thereby also avoid the temptation to attribute disparate performance to this or that president or political party (as is also the wont of biased investigators). In Figure One I parse the data into three, equal, two-decade periods: 1960-1980, 1980-2000, and 2000-2020. I also calculate compounded annual growth rates in each measure.

Consider some of the intergenerational implications of Figure One. If an economy can grow 4.3% per annum (the highest number in Figure One), it will double its productive prowess every 16 years. If you lived in such a robust economy over your entire life (assume 70 years), you’d experience, at your end, an economy twenty times as productive as it was at your beginning. The improvement in living standards would be material and noticeable. Many elderly Americans in the 1940s could recount, in amazement, such stupendous change, when looking back to the 1870s. That could not be said by many populations (or countries) in the decades since the 1940s.

If instead of 4.3% per annum an economy can grow by only 0.3% per year (the lowest number in Figure One), it requires not 16 years but 233 years to double its productive prowess (in 7-8 generations). If you lived in such a stagnant economy over your entire life, at your end it would be not twenty times as productive but only 23% more so. Not much would have changed, for the better, during that time (assuming the advance came off a base akin to that for the multiple change). Your life experience probably would feel like it did to elderly Americans in the 1740s, just prior to the Industrial Revolution (and the adoption of capitalist institutions), when the prior seventy years didn’t see economic gains as stupendous as those that would follow.

History and theory alike demonstrate that capitalism is the source of large (and sustainable) gains in prosperity. This is so mainly because it’s the system that best preserves, protects, and defends the free operation of mind, spirit, and body, that which leaves the best human minds free to think, that which rewards innovators and creators of all type, in every field – including in the sciences, business, politics, and the arts. Capitalism achieves this because it’s a system uniquely comprised of private property rights, the rule of law, the profit motive, the shareholder model of corporate governance, sound money, minimal regulation, low (and uniform) tax rates, and free trade.

Hybrid political-economic systems exist, of course; indeed, they dominate today. But basic truths and principles still hold, as do the principles of nutrition, even though a diabolical dietician might commend a hybrid diet of both fresh and rotted foods. To the extent an economy is capitalist, it will be dynamic, prospering, and growing; it will be innovative, and see technological advances. It will face no technical or existential limits that don’t also constrain non-capitalist systems. To the extent an economy faces anti-capitalist attitudes and policies, it will be static, impoverishing, and stagnant. The growing economy will deliver more unequal results, of course, due to naturally unequal talents, ambitions, and career choices; the stagnant economy will see more equal results – excepting the few favored oligarchs – just as egalitarians prefer, despite less liberty and lower living standards).

Much of America’s severe growth slowdown over the past two decades (and similar slowdowns globally) is attributable to increased government spending, taxing, and regulating, which I’ve documented in previous studies (“As the U.S. Government Grows, American Prosperity Slows” and “Supply-Side Neoliberalism Sure Beats the Alternative”). Some economists attribute economic slowdowns to slower technology growth, but that’s a more immediate (and technical) influence which doesn’t necessarily negate the institutional causes I’ve stressed. Nor does technology operate inexplicably or exogenously, apart from “the economy” itself. Slower growth in technology also isn’t inevitable; it too will result if there’s excessive taxation and regulation.

In recent decades there have been many more prominent proponents of this anti-capitalist policy mix relative to the number of influential pro-capitalists (as I explain in my recent book). The anti-capitalists can no longer so openly evade the evidence that capitalism is the sole, viable engine of prosperity, that it “delivers the goods.” They prefer to push the notion that there’s nothing good about an ever-greater production of goods.

Early anti-capitalists insisted that capitalism would impoverish labor, then fail of its own accord amid worker revolutions; instead, capitalism yielded stupendous, unprecedented abundance, and broadly so. A huge middle class formed – and was derided by socialists as “bourgeois.” Instead of admitting their error and becoming pro-capitalists, subsequent anti-capitalists defensively and arbitrarily changed their criterion and insisted that abundance itself wasn’t worth it (due to inequality or insufficient leisure time), or else was dangerous (to the planet, or human longevity) and (still) “unsustainable.” Anti-capitalists have been “foretelling the end of capitalism” for more than 150 years now, reflecting what a recent author calls a perpetual series of “intellectual misadventures.” In fact, a major problem is that so many anti-capitalists are also anti-intellectual, having convinced themselves that non-volitional factors rule the world.

The “end of capitalism” is possible of course, but by its nature it won’t simply die of its own accord, of “natural” causes (despite the dogma of early anti-capitalists); it must be murdered with a cord around its neck, while bleeding a thousand cuts inflicted not by disgruntled “workers” or even “woke” CEOs but by the new, non-working (but otherwise quite active) anti-capitalists.

That robust economic growth in America isn’t even an expectation or priority of policymakers any longer can be seen in the fact that the Biden regime this year issued a 10-year budget with the assumption of long-term GDP growth of only 1.8% per year (Figure Two). That’s the average rate over the past twenty years of relative economic stagnation (Figure One); at least the regime doesn’t project a further deceleration, but that’s not saying much. One might credit the forecasters for being conservative, or “realistic,” in their outlook, but they may also be declaring that they know Biden’s policies will cause economic stagnation, and they have no problem with that. I would laud them for candor, but not if they candidly preferred no higher living standards.

The evidence is clear. America, once the world’s most economically-robust nation, has been shifting from fast growth to nearly no growth – and “official” policy now accepts stagnation as a norm, a goal, an “ideal.” The next step, from a still more radical administration in the not-too-distant future, could be a push for “de-growth,” which means successive contractions in economic output. “De-growth” writings and proposals have existed for many years and are multiplying (begin with the 2009 book, Farewell to Growth, by Serge Latouche). If today’s slow-growth preference can be so easily normalized, so perhaps can the de-growth preference. The principle is the same – that human flourishing is unimportant, or secondary) – and differs only in degree. Remember, J.S. Mill’s Principles of Political Economy (1848), which was published in the same year as Marx and Engels’ Communist Manifesto, included a section extolling “the Stationary State.”

Today’s de-growth acolytes are a minority, but decades ago the slow-growth fans also were a minority; the former want the most advanced nations to return to pre-capitalist times (and “living” standards). Whereas some anti-capitalists wish earnestly for capitalism’s end and yearn for a future utopia of non-capitalist wealth (a contradiction), others of them yearn for the world known before capitalism, the non-capitalist world that was fundamentally feudal and medieval.

This article, From Fast Growth to No Growth to De-Growth, was originally published by the American Institute for Economic Research and appears here with permission. Please support their efforts.