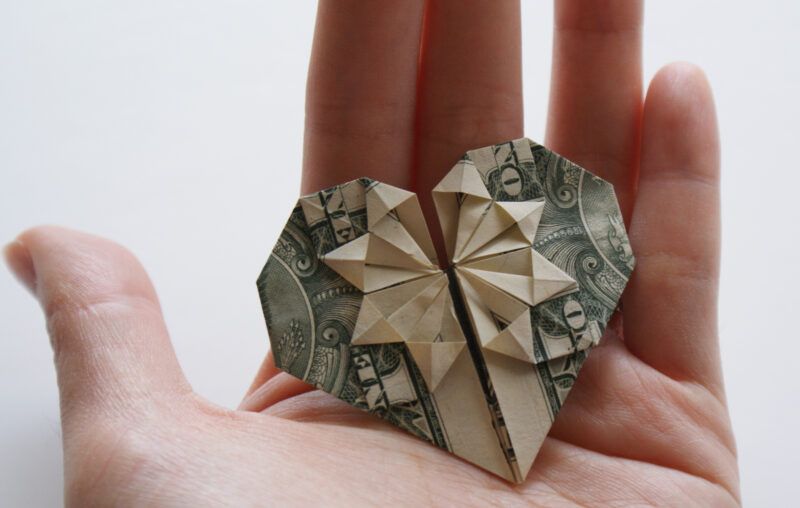 America is an amazingly generous country. Citizens invest large amounts of time, effort, and money to help the poor and hurting, and to advance other worthwhile causes. But given that fact, it is worth asking why so many people presume we need to use government to take from some, backed by coercion, and give to others, instead of relying on individuals and voluntary associations for charitable purposes.

One rationale derives from an alleged free-rider problem, which results in people giving less voluntary charity than they “really” want to contribute, if we left those choices to their voluntary efforts. In a nutshell, the central argument is that my personal contribution will have virtually no effect in reducing poverty. Consequently, even though I want to help, I contribute less, or perhaps not at all, because the problem of poverty dwarfs any impact my resources could have.

That argument has led to the conclusion that we need government, and its ability to coerce people, to tax us more than we would have voluntarily given in order to force us to give “what we really want to give,” which supposedly makes “donors” better off, despite the coercion involved.

This is an unconvincing argument. The “helpless in the face of the magnitude of the poverty” problem does not mean people now give less than they wish to. As E.C. Pasour wrote, “The free rider concept…has…been widely misused in the case of charity.” While it is true that my potential contributions are far too small to appreciably reduce the existence of poverty, my potential contributions are large enough that I can do something about the poverty of a particular person, circumstance or group I encounter. In such circumstances, the free rider problem only arises if I care about poverty in some aggregate way, but not about those poor individuals I do encounter. And that seems to be a very implausible combination of preferences. Further, we can also join with others in groups where our contributions are even more impactful towards “making a difference” in particular areas (which was, in fact, one of the primary principles at a church where I oversaw charitable giving for years).

But that is not the biggest problem with the “government coercion makes us give what we really want to” argument. To the extent the free-rider problem does arise, it is true that government intervention can change how much charity is provided. But that does not mean the result is closer to what we “really want” to give than what we actually give. A major reason is what is called expressive voting.

Imagine there was a one-in-a-million chance that your vote would swing an electoral outcome to a result you valued at ten thousand dollars, which is far higher than the odds you faced with your 2020 vote. Viewed instrumentally–solely as a means to an improved end–the expected value of casting that vote is one cent ($10,000 divided by 1 million). Such a small payoff cannot explain choosing to vote, much less adamant support for a particular candidate or measure. Even if the payoff grew to $1,000,000, its instrumental value would still be only $1 ($1,000,000 divided by 1 million), generating virtually identical results.

In addition to the instrumental value of voting, though, people often also care about the expressive value of voting–what they believe their vote says about them. They might want to vote for something because it makes them feel better by embellishing a noble self-characterization or “cheering” for a position they wish to be associated with. For instance, a vote could validate one’s sense of self-worth by illustrating that “I am generous,” “I care,” “I am patriotic,” “I am not a racist,” etc.

As an illustration, consider one of the “1 percent,” faced with a vote on whether to raise taxes on “the rich.” With a one-in-a-million chance of changing the electoral outcome, the expected instrumental cost of voting to raise one’s own taxes by one million dollars is $1. Therefore, if the value of demonstrating their generosity to themselves and/or others by voting for the proposition exceeded $1, such voters would benefit (i.e., advance what they care about) by voting against their instrumental self-interest.

So, once we incorporate this expressive motive for voting, can we be sure that voting for a proposition that would give one million dollars to particular government poverty efforts from the voter’s pocket (i.e., $1,000,000 would be their share of the tax bill) is a closer match to how much they “really want to give” than what they actually choose to do with their own resources? No.

Many people would be willing to bear an expected additional burden of $1 to vote for giving their $1,000,000 share of such a tax, but would not be willing to actually donate $1,000,000 of their own money for the same end. In other words, the cost of voting to give that $1 million through government is far, far lower than the cost of actually giving $1 million, and that artificially low price makes some willing to vote to give far more charity than they actually wish to give.

As a result, we cannot say that how much charity people would vote for (their share) is a more accurate indicator of what they want to do than what they actually do with their own money. Further, if the free rider problem is not very large (i.e., those who care about poverty also care about the poor people they come in contact with, so their private giving approximates to some degree what they want to give) but the massive effective subsidy inherent in expressive voting is quite large, the opposite would be true. Even if free-riding does exist to some extent, I believe that what we actually do with our money is a more accurate indicator than what we vote to do with it, because of the massive effective subsidy to voting to feel good about oneself.

In fact, it is highly plausible that such voting for charitable purposes could make people far worse off. And that “solution” to the free-rider problem would also make government massively larger, which is seldom an effective means of advancing society’s well-being.

In addition, I think my view reflects the Constitution and the beliefs of those of that era. The Constitution does not mention a federal role in charity, nor does its widely accepted meaning earlier in American history. As Grover Cleveland said roughly a century later, in vetoing federal aid to drought-stricken Texas farmers:

I can find no warrant for such an appropriation in the Constitution, and I do not believe that the power and duty of the General Government ought to be extended to the relief of individual suffering which is in no manner properly related to the public service or benefit…The friendliness and charity of our countrymen can always be relied upon to relieve their fellow-citizens in misfortune…Federal aid in such cases encourages the expectation of paternal care on the part of the government and weakens the sturdiness of our national character, while it prevents the indulgence among our people of that kindly sentiment and conduct which strengthen the bond of a common brotherhood.

This article, Free Riding, Expressive Voting and Charity, was originally published by the American Institute for Economic Research and appears here with permission. Please support their efforts.