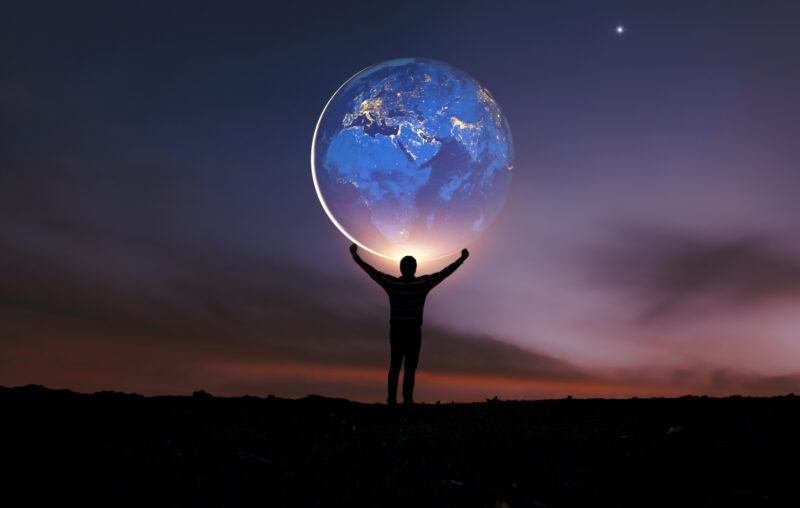 If there’s a particular purpose for my presence on this earth – other than being a loving and responsible father for my son – that purpose is to teach principles of economics. Even adjusting (as best as I can) for professional bias, I have no doubt that no body of knowledge is more important for understanding society than is economics, with few bodies of knowledge being as important. And the part of economics that, far and away, is most important is economics principles, popularly known as “Econ 101.” Probably as much as 90 percent of the many harmful government policies being pursued or proposed at any moment would grind to a halt if a majority of the populace had a solid grasp of basic economics.

At the beginning of each semester, I – unlike most teachers of economics principles – devote a couple of hours to the task of impressing upon my students (most of whom are still too young to purchase adult beverages) just how very different is the world they know from the world that was known to most of their ancestors. I identify four ways in which the lives of those of us in the modern, capitalist world differ categorically from the lives of almost everyone until just a few centuries ago.

The most obvious way in which our lives today differ from those of our pre-capitalist ancestors is that we’re fantastically wealthier. Ordinary people today sleep beneath hard roofs and walk on hard floors in homes equipped with indoor plumbing, electric lighting, and featuring cupboards full of food, closets full of clothing, and garages or driveways full of automobiles. We’re so wealthy that it’s quite plausible that our pets today live materially better lives than did our human ancestors before the industrial age.

Although recounted frequently, this truth about modern standards of living cannot be told too often. We’re so accustomed to our spectacular wealth that we take it for granted. And that which is taken for granted is seldom appreciated and correctly understood.

A second way in which our lives differ categorically from the lives of nearly all of our ancestors is that we, unlike our ancestors, depend for our survival almost exclusively on strangers. Prior to capitalism, Jones personally helped to produce many of the goods that he or she consumed. Jones likely had a hand directly in the hunt, building the family hut, weaving cloth for the family’s clothing, or tending the crops and animals destined to become the family’s meals. Most of the other goods and services consumed by Jones but not directly produced with his or her labor, were produced by people known personally to Jones, such as the village blacksmith, cobbler, cooper, butcher, tailor, tanner, carpenter, and wheelwright.

Consider the shirt now on your back, the shoes on your feet, the salami in your refrigerator, the lightbulb above your head, your smartphone resting nearby, the gasoline in your car, and the polio vaccine that still protects your body. Ask: Who made these things? You have no idea of their names, faces, religious beliefs, political affiliations, or physical whereabouts. And none of these people know you. But nevertheless these strangers who don’t know you – and, hence, who presumably don’t care about you – somehow were led to toil to produce valuable things for you.

The Strangers are Multitudinous

A third way that our lives today differ categorically from the lives of all humans who lived before the dawn of capitalism is that the sheer number of people whose knowledge, skills, and efforts are necessary to produce the goods and services that we are accustomed to consume on a regular basis is astronomical. Not only are we today utterly dependent for our survival on strangers, the number of strangers on whom we depend is mind-bogglingly large.

This reality is true for even seemingly simple goods such as pairs of jeans, oranges, and window panes. But this reality is better seen by pondering a more ‘modern’ yet still commonplace good, such as a smartphone. The glass on the phone’s face is made of materials that some strangers found by exploring and that were then processed by other strangers into glass. Yet different strangers programmed the codes that allow the phone to work, while other strangers designed the microprocessors – little marvels that were physically produced by machines made by still other strangers and then transported to the factory for assembly by yet different strangers. Each app, of course, is the product of the minds of other strangers still.

I don’t know – no one could possibly know – the exact number of persons whose efforts were devoted to producing your smartphone and keeping it operational. But I’m confident that this number is much greater than one million – in fact, it’s likely multiple times greater. When this number is added to the number of strangers whose efforts were devoted to producing your living-room couch, your HVAC system, the latest medicines that you ingested, your automobile, and the commercial-air flight that you’ll next take to visit your parents or to close that business deal, the number of strangers who routinely work for you likely numbers well over a billion.

No One Knows How to Make Any Modern Good

The most famous explanation of this marvelous reality is Leonard Read’s brilliant 1958 essay “I, Pencil.” The production of something as commonplace, as inexpensive, and as seemingly simple as an ordinary pencil requires the knowledge and efforts of so many different individuals that no one person – indeed, no committee of tireless geniuses – could possibly possess such knowledge. This inconceivably vast amount of knowledge is dispersed across the minds of countless specialized producers, nearly all of whom are strangers to each other as well as to the final consumers of their products. And yet we have pencils in such abundance that an ordinary American worker today need toil only 13 seconds to earn enough income – ten cents – to purchase a new pencil.

Reflect on this fact: An ordinary (“nonsupervisory”) private-sector American worker today, who earns about $27 per hour, can earn enough income in a matter of seconds to purchase something the production of which is so complex that no human being can hope to know fully all that is involved in its production and, hence, that requires the knowledge and labor of millions of strangers.

What causes the great and overwhelmingly successful coordination across the globe of the productive efforts of billions of strangers? And why is this coordination so silent and incessant that we take it for granted? We hardly notice it.

We hardly notice this vast occurrence of global cooperation and coordination, that is, until our attention is drawn to it by a competent teacher of Econ 101. That teacher’s task then becomes that of revealing the logic of how market prices, profits and losses, competition, and innovation drive the specialization and the innumerable efforts that make our marvelous world a reality.

The learning adventure is glorious!

This article, Four Amazing Differences, was originally published by the American Institute for Economic Research and appears here with permission. Please support their efforts.