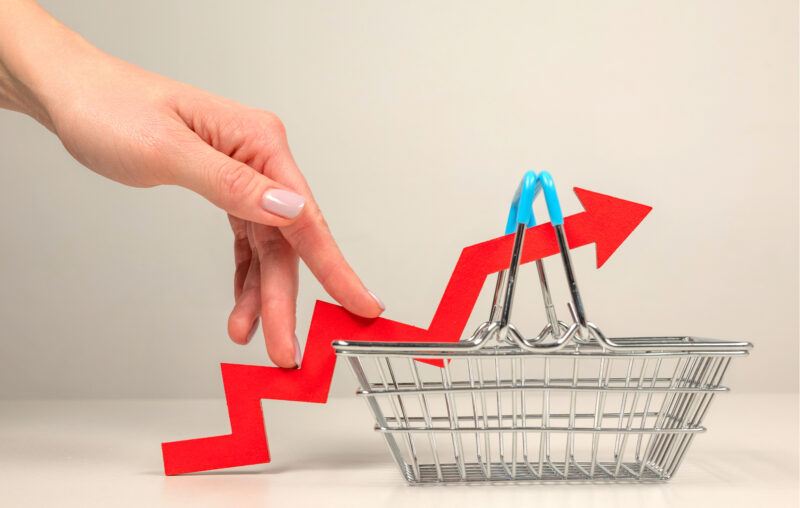 At this week’s meeting of the Federal Open Market Committee (FOMC), monetary policymakers revised up their projections of inflation. The move was to be expected. Prices have grown much faster than the Fed had projected back in December. Ahead of the meeting, bond markets were pricing in around 3.3 percent inflation on average over the next five years.

FOMC member projections provide useful information for those interested in forecasting prices over the near term. The FOMC sets the course of monetary policy. And monetary policy is arguably the most important factor for forecasting prices. If the FOMC takes an accommodative stance, prices will continue to rise rapidly. If, instead, the FOMC tightens sharply, inflation will decline.

It is difficult to know how the FOMC will conduct monetary policy over the next few years, but FOMC member projections provide some indication. Members are asked to project inflation under the assumption that the Fed conducts monetary policy appropriately, as he or she sees it. Hence, the projections indicate how inflation will evolve if FOMC members do what they say they should do.

Higher projected inflation rates over the next three years suggest prices will be much higher than implied by Fed officials back in December. We forecast prices from FOMC member projections under the assumptions that (1) FOMC members set monetary policy consistent with their projections, (2) inflation is constant from month to month across each year, and (3) there are no unforeseen shocks to the economy over the forecast period. Forecasts from projections made in December 2021 and March 2022 are presented alongside the actual time series from January 2020 to January 2022 in Figure 1.

Our forecast of the price level based on median FOMC member projections indicates that prices will be roughly 11.8 percent higher in January 2023 than they were in January 2020, just prior to the pandemic. That amounts to a continuously compounding annual rate of inflation of 3.7 percent since January 2020. In December, the median FOMC member projected prices would be just 9.4 percent higher in January 2023–-or, that prices will have grown at a continuously compounding annual rate of 3.0 percent since January 2020.

Last summer, one might have thought there was a chance that the Fed would adhere to its Statement on Longer-Run Goals and Monetary Policy Strategy and deliver 2 percent inflation on average. We don’t see how anyone could possibly believe that today. FOMC members are very clearly projecting that they will take no action to offset the high inflation observed over the last year; that inflation will likely remain above target through 2024; and that the price level will remain above its pre-pandemic trajectory forever.

Fed Chair Jerome Powell’s November statement killed the idea that inflation would be transitory. The most recent projections from the FOMC show how deeply that idea has been buried.

This article, FOMC Projects Higher Inflation, was originally published by the American Institute for Economic Research and appears here with permission. Please support their efforts.