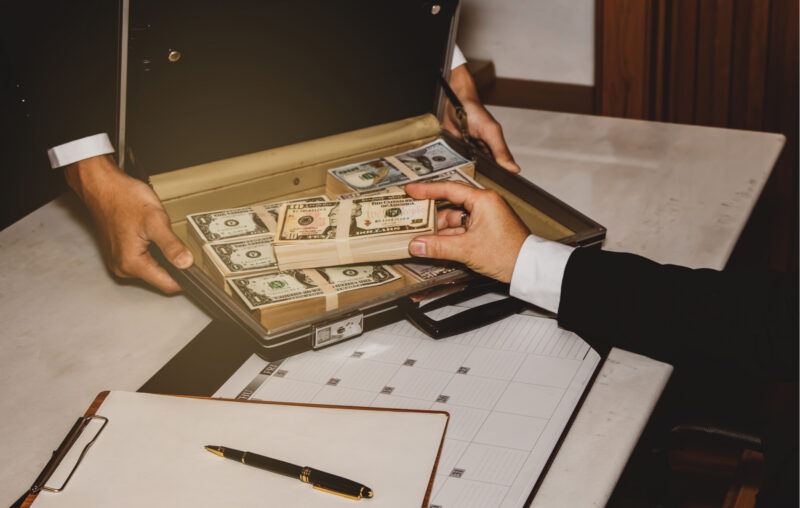 “FNB Corp. reported third-quarter profits rose 36 percent from a year ago on record revenue as the Pittsburgh-based bank benefited from the release of reserves it had set aside to cover bad loans,” the Post-Gazette reports.

So why is the obviously healthy banking giant receiving $10 million in public money to help it build the now-$240 million skyscraper on the site of the former Pittsburgh Civic Arena?

So, what business does the government have handing this financial behemoth a public subsidy to build a 26-story office and retail tower?

“FNB Corp. delivered strong fundamental performance,” CEO Vincent J. Delie Jr. said in a statement Monday. “As we head into the end of the year, we are well-positioned to benefit from our investments in technology and continued strong customer activity across all of our markets.”

Hmmm, “well-positioned” and “continued strong customer activity.” Sounds like quite the positive outlook. So, why, again, are taxpayers taking on millions of dollars of capital costs that FNB alone should bear?

“FNB, the region’s third-largest retail bank, released $1.8 million in loan loss reserves in the most recent quarter. That compares with $27.2 million that it set aside a year earlier,” the Post-Gazette adds. “Most banks had beefed up their reserves as a hedge against an extended pandemic-related economic downturn, which wasn’t as bad as some had feared. As a result, banks have been recapturing some of those reserves,” it reported.

So, things are looking pretty good for FNB, eh? All the more reason for seeking and receiving a little taxpayer juice? Perhaps taxpayers should feel guilty that FNB didn’t receive the full $15 million it initially requested?

Lest we forget, as the Post-Gazette also reminds, “In July, FNB announced a deal to buy Baltimore-based Howard Bank for about $418 million in stock, which would expand FNB’s presence in Maryland, Washington D.C. and northern Virginia. The transaction is expected to close early next year.”

So, FNB can afford a $418 million bank buyout that expands its footprint (and you can bet its profits) but claims its new Pittsburgh office tower headquarters could not have been built without $10 million in taxpayer grease?

Consider it a greasing of another kind.

As we have done twice before, we are forced to revisit the rationalizing words of FNB spokesperson Jennifer Reel, who defends the public subsidy as “necessary to continue FNB’s investment in the project in a post-COVID economic environment:”

“We believe this is a priority project for the city and region because it creates several thousand construction and permanent jobs, generates millions in tax revenue and helps restart our economy at a critical moment,” she said.

And as this scrivener said at the time:

“So, apparently, the project would not have been done without a $10 million freebie from taxpayers? Would it not have been built without taxpayer dollars?”

Sure, it would have been; it’s just that taxpayer dollars are such an easy “get,” right? In fact, they’re a darn near automatic “get” anymore, aren’t they?

But yet another multimillion-dollar subsidy for a Pittsburgh banking giant – think of PNC’s $48 million raid on the public kitty in 2007 – is not the only problem here.

Taxpayers are being forced to add to the glut of top-notch office space in the city, a glut that existed long before any of us had heard the “Covid-19” moniker.

The bottom line here is that it remains ethically and morally wrong for taxpayers to be subsidizing a project for a very wealthy banking giant that clearly has the wherewithal to pay for itself. For shame.

That big bankers and their government toadies continue to play the public for suckers is abhorrent. That’s especially true as, on one hand, they tout all the “public benefits” of their projects as their other hand turns out taxpayer pockets.

Reprinted from the Allegheny Institute

This article, FNB’s Shameful Public Purse Raid, was originally published by the American Institute for Economic Research and appears here with permission. Please support their efforts.