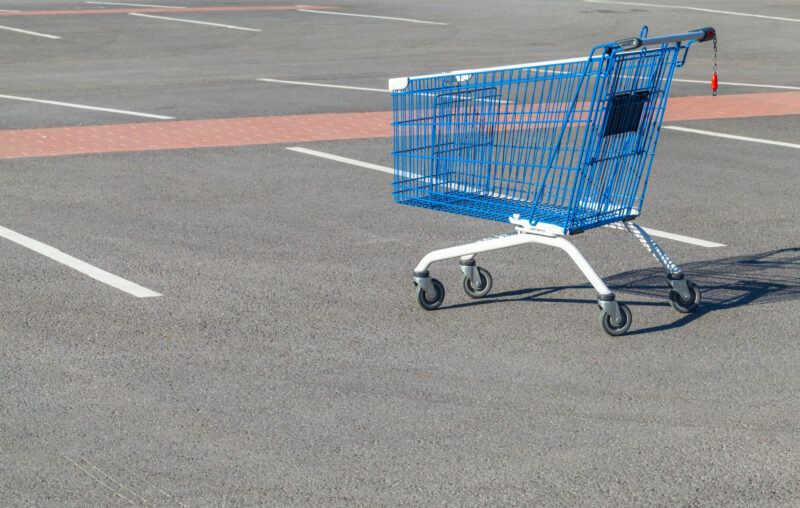 No government intervention into a market economy is as certain to do damage as price controls. Market prices make possible the successful, productive coordination of the efforts of countless specialized workers and firms spread around the world. Market prices also coordinate the resulting massive flows of economic outputs with the demands of consumers.

Every government-imposed control on prices reduces the effectiveness of this coordination.

Although economic theory provides an elegant and useful explanation of the formation of supply, of the formation of demand, and of the interaction of each with the other to create prices, the basic idea is commonsensical: Apple seller Emma and apple buyer Chris find each other and mutually agree, for each and every exchange, how much money Chris will pay – which is the same amount as Emma will accept. Market exchanges being voluntary, each such exchange improves the welfare of both the buyer and the seller.

Now suppose that Joe, loaded gun in hand, intrudes himself into Emma’s and Chris’s process of exchanging. Joe insists that Chris pay a price lower than Chris had earlier agreed to pay to Emma. A kindergartner can see that Emma’s gain from commercially engaging with Chris will fall.

But the kindergartner might miss the fact that Joe’s intervention has downsides also for Chris.

Price ceilings in the real world, of course, aren’t imposed on one particular buyer’s dealings with one particular seller. Price ceilings – such as, for example, prohibitions on the so-called “price gouging” that occurs after natural disasters – are imposed on entire markets, which are comprised of many buyers and potential buyers, and many sellers and potential sellers. The negative effects of price ceilings in the real world are even worse than are the negative effects that appear in the above example of one buyer and one seller.

This shortage creates the second consequence of a price ceiling – namely, the necessity of some means of rationing the price-ceilinged good. After all, with the price ceiling in place, there’s simply not enough of the good supplied to satisfy demand. What process, what ‘force,’ what mechanism will determine which of these demands get satisfied and which of these demands remain unsatisfied? This determination might be done by random chance or by luck – for example, buyers lucky enough to happen to live closest to the store will find units of the good available for purchase while buyers who live farther away will find the store shelves empty.

Or a more pernicious means of rationing might arise – for example, violence. Those persons who are most willing and able to threaten physical harm to others get the available supplies while more peaceful people do without.

The important point here is that the shortages created by price ceilings necessitate the use of some means of rationing.

The fourth consequence of a price ceiling is that it increases the cost that consumers incur to get the good. Even those consumers who are among the fortunate ones actually to acquire some units of the good almost certainly pay for each unit of the good more than they would have paid without a price ceiling in place.

The reason price ceilings raise consumers’ costs of acquiring the good is that price ceilings prohibit only the monetary price of the good from rising. Price ceilings don’t – and cannot – prevent consumers from directly spending non-monetary (“real”) resources in their attempts to acquire the good. When consumers are prevented from competing to acquire the good by offering more money to sellers, consumers compete for the good in other ways, such as rushing to the store or waiting in long lines. Also possible is the offering of tit-for-tat favors. Some of these favors are innocuous, such as a buyer offering to a seller a six pack of beer. Other of these favors are corrupt, such as the town mayor offering to a seller an exclusion from a zoning requirement.

And because price ceilings reduce the quantities of goods supplied to market, the value of each unit of the good that is supplied is higher than is the value of each unit supplied without price ceilings. I remember well the price-ceiling-caused gasoline shortages of the 1970s. In August of 1979, my father learned one Friday that a gasoline station about two miles from our home was to open at noon on Saturday to sell five gallons of gasoline to each motorist on a first-come, first-served basis. My father drove the family car to that station at midnight. He was second in line. He waited in the car until I relieved him at 6:00am. I then waited – in the suffocating New Orleans heat and humidity – the remaining six hours until the station opened at noon. I pumped five gallons of gasoline into the car’s tank, gave the clerk $3.50 (the gasoline was priced at 70 cents per gallon) and then drove home.

You’ll have no trouble believing me when I say that my father and I would have preferred to have paid whatever would have been the market monetary price – the non-ceilinged price – of gasoline than to have paid for this gasoline largely by waiting in line for 12 hours. That low-priced gasoline was inordinately expensive.

The fifth and final negative consequence of a price ceiling is that it reduces not only the good’s quantity, but also its quality. Because the amount demanded of the good exceeds the amount supplied, sellers who allow the quality of the good to fall will lose some potential buyers but will likely still be able to sell all the units they wish to sell. In short, you get what you pay for.

The public often supports price ceilings – support that would surely disappear if the public understood the basic economics of this harmful government intervention.

This article, Five Negative Consequences of Price Ceilings, was originally published by the American Institute for Economic Research and appears here with permission. Please support their efforts.