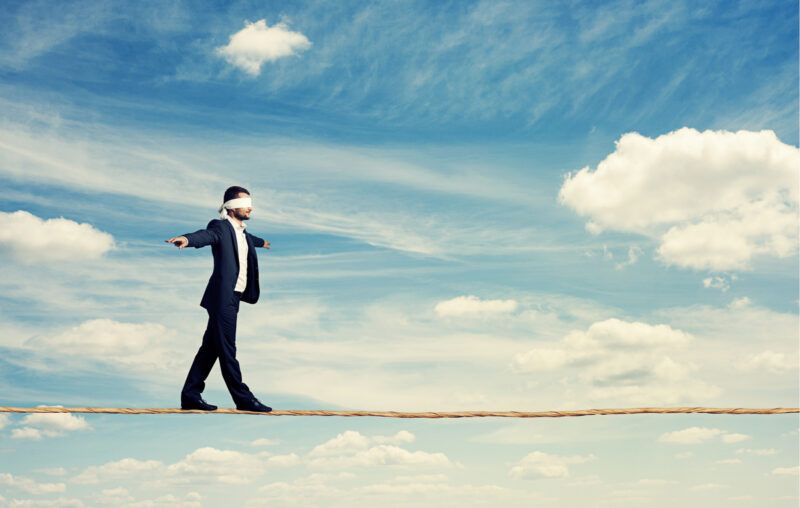 The U.S. financial regulatory agencies are tasked with stabilizing the financial system. They pursue this mission by monitoring the operations of financial companies and restricting their risk-taking activities. However, the lack of quantitative analysis in their rule-making process may prevent them from producing regulations that create net benefits for the financial system and the U.S. economy.

Consider, for example, the Net Stable Funding Ratio (NSFR), a new rule that recently went into effect for U.S. banks. The rule is intended to prevent illiquidity in the banking system of the kind witnessed during the 2008 financial crisis. The regulators claim that the NSFR will stabilize the banking system and create net benefits for the economy.

Unfortunately, there are many problems with the proposed and final versions of the NSFR rule. The regulators misrepresent the findings of the academic literature and provide no quantitative evidence that the benefits of the rule will exceed its costs.

What is the NSFR?

The NSFR rule specifies the level of stable funding a bank must have relative to its short-term liabilities. The amount of stable funding, such as multi-year obligations and long-term bonds, must exceed the bank’s expected liquidity needs over the coming year so that the bank can fulfill its obligations in the case that short-term funding is unavailable.

The NSFR rule was designed by the Basel Committee on Banking Supervision (BCBS). It was first proposed in the United States in 2016 as a joint rule by the Federal Reserve, the Federal Deposit Insurance Corporation (FDIC), and the Office of the Comptroller of the Currency (OCC). The final version was issued in February of 2021 and became effective on July 1st. The rule applies only to banks with $100 billion or more.

The objective of the NSFR is to stabilize the financial system by preventing bank failures. Yet there is little evidence that the rule will in fact accomplish this goal.

The proposal claims that “If the NSFR reduces the probability of a financial crisis even slightly, then the benefits of avoiding the costs of a crisis, specifically a decline in output, would outweigh the relatively modest aggregate cost of the rule” (emphasis added).

However, the regulators provide no quantitative evidence that the NSFR will reduce the probability of a crisis “even slightly.”

The authors explicitly state that the benefits of the rule “can only be qualitatively conjectured, on the basis of the information that is available” (emphasis added). Yet despite the complete lack of quantitative evidence, the regulators still claim that “the final rule is likely to increase the overall resilience of the banking system.”

They claim that the benefits will be larger than the costs, even after admitting that the magnitudes of the benefits are completely unknown.

Costs of a crisis?

While the benefits of the rule are not quantified, the proposal provides some basic data on the cost and probability of a financial crisis based on a 2010 study by the Basel Committee on Bank Supervision (BCBS):

A BCBS study estimated that, prior to the regulatory reforms undertaken since 2009, the probability that a financial crisis could occur in a given year was between 3.5 percent and 5.2 percent and that the cumulative economic cost of any single crisis was between 20 percent and 100 percent of annual global economic output.

Notice here that the cost estimates are based on data “prior to the regulatory reforms undertaken since 2009.” There is no discussion of whether, or by how much, the probability of a crisis has been reduced by new regulations since that time, despite the fact that the number of banking regulations roughly doubled over that period. The more we believe that these regulations were effective at reducing the probability of a crisis, the smaller the benefits we should expect from the NSFR.

More importantly, the quotation above does not accurately represent the costs of a crisis because the numbers provided in the BCBS study are merely assumptions, not “estimated” as described in the quotation. In fact, the BCBS study does not estimate the cumulative cost of a crisis. It simply cites a 2010 speech by Andrew Haldane of the Bank of England. As the BCBS study explains, “Haldane (2010) provides a range of estimates for the 2007–09 banking crisis assuming that a varying fraction of output losses experienced in 2009 will be permanent – the fractions are 25 percent, 50 percent and 100 percent” (emphasis added).

In other words, the numbers 25 percent, 50 percent, and 100 percent are totally made up. Haldane is not providing evidence of the economic cost of a crisis. He’s just saying, “Let’s see what happens in these three scenarios.”

Those percentages are assumptions by Haldane. They are clearly not estimates, as claimed in the NSFR proposal. Thus, the only quantitative “evidence” of the effectiveness of the NSFR is not really evidence at all.

While the NSFR proposal does not itself provide evidence of the benefits of the rule, it does refer to a cost-benefit analysis in the BCBS study discussed above. Unfortunately, the proposal wrongly claims this as evidence that the NSFR will have net benefits in the United States.

In an article published in the Journal of Risk and Financial Management (free download here), I calculated the net benefits of the NSFR based on the estimates from the BCBS study. I find that the rule would create a net cost to the U.S. economy of approximately $11.7 billion per year.

To be clear: According to the main evidence cited by the bank regulators themselves, the NSFR will create a net cost to the U.S. financial system, not a net benefit.

This analysis excludes other costs such as the “macroeconomic costs” described in the NSFR proposal. Many studies have pointed out that complex regulations can create bad incentives for banks, such as causing them to increase their holdings of mortgage-backed securities (MBSs) prior to the 2008 financial crisis. Excessive regulation also increases income inequality by stifling bank lending. These problems are not even mentioned in the NSFR proposal.

The NSFR and other rules by the U.S. bank regulators are not based on sound economic policy. The regulators claim that the benefits of the rule exceed its costs, but they fail to provide any quantitative evidence to support that assertion. They repeatedly misrepresent the findings of the academic literature and ignore the damages created by their misguided policies.

This article is based on “A Review of the Regulatory Impact Analysis of Risk-Based Capital and Related Liquidity Rules,” published in the Journal of Risk and Financial Management.

This article, Financial Regulators Ignore the Costs of Regulation, was originally published by the American Institute for Economic Research and appears here with permission. Please support their efforts.