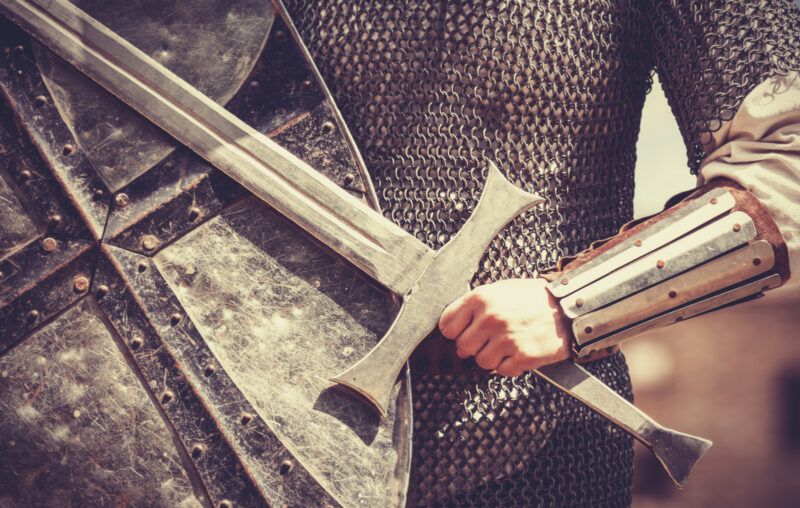 In a galaxy not so far far away, we used to fight real enemies. Tangible ones, with guns or cannons or bows-and-arrows, who shot back when we invaded their lands or defended our own keeps against their aggressions. In the twenty-first century, many things have changed – most of them, luckily, for the better – but one change is, if not worse, then at least seriously disturbing. Apart from the handful of hot wars America now wages around the world, the wars our supposedly enlightened societies wage are against invisible enemies.

We wage war against “poverty,” an invisible state of being such that nobody really knows what it means, and the definition of which is an affront to the 800 million or so truly poor in the world. Then we play sophisticated statistical games to establish that no matter how well off we become, a portion of society always counts as “poor.”

We wage war against the patriarchy, another invisible force that’s supposed to dominate our lives, from the smallest child to the most enlightened scholar. Even most tolerant, egalitarian, and open societies in which women and men live their own lives as they see fit to a greater extent than ever before in human history is said to be ruled by the invisible power that endows men (in aggregate) with some never-defined privilege vis-à-vis women.

We wage war on carbon dioxide, an invisible gas that takes specialized equipment to detect and university-level training to convolutely assess before we may solemnly establish that a gradually rising atmospheric concentration is bad.

We wage war against the tyranny of biology and chromosomes, demoting our tangible bodies into playing tricks with our wholly convinced minds: I belong in a different sort of body, and God forbid you question that invisible persuasion, or do anything that detracts from my unhindered progress towards it. As a man, newly discovering my imaginary womanhood, I may compete in women’s sports, enter women’s shelters and locker rooms, and police the speech or beliefs of anyone who dares say “Hang on a minute…”

We wage war against being offended against, as feelings now routinely trump both facts and what until recently counted as common sense. Feelings, wholly subjective and invisible, are the perfect invisible enemy as they may shift in a heartbeat, cannot readily be observed by anyone yet still carry with them the ultimate stigma. Don’t hurt others’ feelings, we tell our kids; don’t offend – but the offense is subjectively determined by the recipient and so the war cannot end.

And with the wonderful Covid-19, we’ve added yet another invisible enemy to the ranks of allowable targets: invisible, as we can’t tell who has it, and it can therefore be anywhere, at any time, ready to strike at our infantilized minds and implausibly defenseless bodies.

The Lay of the Battlefield

Beginning with the latest of our invisible enemies, Tim Stanley in The Telegraph writes about George Orwell’s notion of perpetual war in Nineteen Eighty-Four as a way for leaders to keep the masses in check. Ensure that we remain poor, frightened, and divided: “War is peace because it guarantees elite control.” Stanley is writing about Britain’s policy interventions for the pandemic, and the looming threat that restrictions on the poor Brits – who’ve already endured too many government atrocities in the last fifteen months – may not be lifted out of fear that a new coronavirus wave could paralyze the country (despite a 60%+ vaccination rate, one might add).

The Covid-19 coronavirus is invisible to the human eye, and it takes tests and specialized equipment to detect it (often with a time delay) which means that anyone, anywhere, could be a potential threat to you. The mythology surrounding the pandemic turned not so much the pathogen invisible, but the threat of extreme and unpredictable harm. Remain vigilant and nervous, always.

Stanley argues that keeping a perpetual invisible enemy around is a handy tool for a government keen on controlling the lives of their subjects. “Sickness is health,” continues Stanley, “because it automates perpetual care.” While he rightly characterizes the narrow question of Covid-19, he doesn’t go far enough: his reasoning applies to many more topics.

Poverty is another, a state of being that we may subjectively interpret but struggle to objectively describe. The European Union defines poverty as “60% of national median equivalised disposable income” thus neatly capturing income inequality rather than deprivation. Only with narrow enough differences in income (i.e. the lowest earners sufficiently close to the median) would there be no statistical poverty. Whether some people really would be poor is another matter, and whether others feel that they are is the war now fought.

America, too, has excelled at fighting the invisible enemy that is poverty. When Lyndon Johnson declared “War on poverty” in 1964, the official poverty rate had already been falling for years, eventually settling into a long-term range of between 11-15%. Despite trillions of aid, employment assistance and welfare programs, nothing seemed to have made a dent to this left-behind segment of society. In a Cato Policy Analysis observing the 50th anniversary on the War on Poverty, Michael Tanner and Charles Hughes concluded that

“In recent years we have spent more and more money on more and more programs, while realizing few, if any, additional gains. More important, the War on Poverty has failed to make those living in poverty independent or increase economic mobility among the poor and children.”

Calculated as incomes below 3x the cost of a minimum diet, it almost by construction guarantees a segment of the population to be considered poor, yet still doesn’t capture the expenses of health care and housing that are of most crucial concern. And government programs designed to help the poor – such as food stamps or the earned income tax credit – don’t count towards the income figure, which means that the target variable of the policy is completely insensitive to any alleviating programs. A great recipe for perpetual policies, always keeping the specter looming and the mirage alive.

The point of waging war against invisible enemies is that the struggle never ends. There is no armistice, no unconditional victory. No overview of the battlefield and no assessment over what more is to come. So, the war keeps going, on and on and on, with no end in sight – and indeed, nobody desires the surrender.

For every success that the feminist movements of the twentieth century achieved – franchise, no-fault divorce, pills and abortion – a new generation of activists picked up the rallying banner and kept surging ahead with ever more furor. Never mind if there was a worthy battle ahead. Sure enough, equal pay acts, parental leave, and tax-funded kindergarten, yet the war still wasn’t remotely won: now we must overcome the next obstacle in our invisible battle against the patriarchy – displays of sexuality, dimorphic dress conventions, subtle differences in workplace behavior, sex-differences in occupational choices or work-life balance, imperceptible to anyone but a statistically-equipped bureaucrat, aggregating outcomes over millions of people.

How to Make Sense of All of This?

The medieval legend of Saint George has some bearing on our invisible wars. The story goes that a sinister dragon demanded tribute from the city of Silene. At first, only sheep; then the dragon escalated his (her? their?) demands to human sacrifices that the people elected. When the king’s daughter was chosen, Saint George gallantly and chivalrously set out to slay the dragon, espousing all the Christian virtues and morals of a great tale when he later gave away the king’s rewards to the city’s needy.

The Australian political theorist (and fellow USYD student!) Kenneth Minogue once described what happened to our beloved hero after his grand deed was done. He grew dispirited and anxious, looking for more dragons to slay:

“He needed his dragons. He could only live by fighting for causes—the people, the poor, the exploited, the colonially oppressed, the underprivileged and the underdeveloped. As an ageing warrior, he grew breathless in his pursuit of smaller and smaller dragons.”

A few years ago Douglass Murray resurrected this “St George in retirement” syndrome in his Madness of Crowds: Gender, Race and Identity. In the ‘syndrome’ extension, George returns from his glorious battle but gets restless, chases the high of his recent past. Not sure if there’s anything left to kill, he ventures out to slay small dragons, then anything that looks remotely like a dragon before he one day ends up swinging viciously at thin air. The truly heroic battles were gradually replaced with figments of his imagination, a once-noble warrior now without a purpose, without a glorious battle to fight.

That’s where our societies are now, forever stuck fighting invisible enemies. Covid-19, or its many offshoots, are just the latest enemies to the party.

This article, Fighting Invisible Enemies, was originally published by the American Institute for Economic Research and appears here with permission. Please support their efforts.