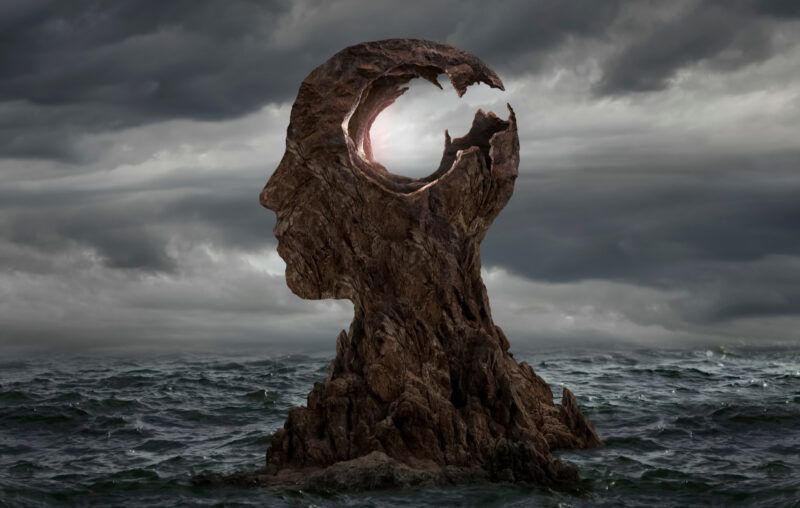 On a bitter cold January afternoon, lines of people awaiting free COVID tests stretched around the block at a Rockville, Maryland, public library. Looking at the scene reminded me of seeing East Germans lined up in endless queues in the 1980s to receive their potato and sauerkraut rations. But few of the people docilely waiting in Rockville recognized that their plight was the latest in a long series of federal fiascos hatched by a federal agency headquartered a few miles away.

At the start of the COVID-19 pandemic in March 2020, President Donald Trump ludicrously proclaimed that “Anybody that wants a test can get a test.” That was baloney then, and, unfortunately, despite a barrage of political promises in the meantime, it is still malarkey today.

The Centers for Disease Control utterly botched the initial testing regime, sending out bogus, contaminated tests to detect COVID to state and local health departments that gave false readings. Trump boasted that those tests were “perfect.” The Food and Drug Administration helped turn the coronavirus from a deadly peril into a national catastrophe. Long after foreign nations had been ravaged and many cases had been detected in America, the FDA continued blocking private testing and forcing the nation’s most innovative firms to submit to its command-and-control approach and satisfy irrelevant criteria to gain approval. As I warned in an April 2020 piece for the Mises Institute, “Many Americans could die in the coming weeks and months thanks to the FDA’s blockade on coronavirus testing. Should we consider those victims as martyrs for the principle of bureaucratic supremacy?” FDA commissioner Stephen Hahn shrugged off his agency’s disastrous policies in 2020: “There are always opportunities to learn from situations like this one.” As the New York Times reported late last year, “The [CDC] distribution of faulty test kits, at a time when no other tests were authorized, set back health officials’ efforts to detect and track the virus.”

Democratic Party presidential candidate Joe Biden exploited those debacles to portray himself as St. George who would rescue the American people. In June 2020, Biden promised to set up a “Pandemic Testing Board” along the lines of President Franklin D. Roosevelt’s War Production Board. Biden hammered Trump’s perceived negligence on COVID and rallied voters by promising: “I will shut down the virus.” A Biden campaign plan promised “to massively surge a nationwide campaign and guarantee regular, reliable, and free access to testing.” Shortly before Election Day, Biden declared that America needed “faster, cheaper screening tests that you could take right at home or in school. Look, what we have right now isn’t anywhere near good enough.”

In his first week in office in January 2021, Biden created the COVID-19 Pandemic Testing Board. A few days later, Biden promised that congressional enactment of his American Rescue Plan legislation would “ramp up testing.” In his televised speech on the first anniversary of COVID lockdowns on March 11, Biden promised, “We continue to work on making at-home testing available.” However, the following month, when a team of health-agency officials pushed the White House to “purchase millions of rapid [COVID] tests,” the administration rebuffed the proposal.

In July, Biden promised, “We’re going to deploy things like testing to expand detection of the virus.” As the Delta variant spurred a COVID case surge, Biden promised in September that he was “taking steps to make testing more available, more affordable” so that “every American, no matter their income, can access free and convenient tests.”

The following month, top health experts from Harvard and private foundations pushed the Biden administration to purchase 700 million COVID test kits to distribute to Americans in December ahead of a winter surge. Biden denied last month that he had rejected such a proposal, but Vanity Fair exposed the details of how his officials nixed the plan. A Biden administration official told the Washington Post that “White House health aides believed that once Americans were vaccinated, few would need testing.” The administration’s blunders were compounded because the CDC first ignored and then downplayed the surge in infections among fully vaccinated Americans.

The Biden team continued to offer wishful thinking in lieu of tests. At a White House briefing on December 7, Biden COVID Czar Jeff Zients proclaimed, “Everyone in America has access to free testing in an efficient and effective way, and we’ve developed multiple access points for free testing.” Almost two years into the pandemic, Zients sounded as deluded as Trump at the start of the COVID debacle.

After chaos broke out in December with soaring infection rates and severe shortages of tests, Biden declared on January 4: “I know this remains frustrating — believe me, it’s frustrating to me — but we’re making improvements [on testing]…. Look, we have more capacity for in-person tests, and we should see waiting lines shorten and more appointments freed up.” Biden promised, “One, drugstores and online websites are restocking. Two, you know — well, actually, so the more tests are available, we’re going to continue to become available.” Biden boasted of requiring private insurance companies to reimburse people for the cost of at-home tests, but that is scant consolation to people who cannot find tests anywhere.

Biden took another victory lap when he announced that the Postal Service would deliver 500 million free COVID tests to Americans who requested them. But those tests arrived long after the omicron variant set records for infections and disrupted Americans’ lives. The postal rescue mission was vexed in many areas because the tests were ruined if exposed for more than a few hours to temperatures below freezing. Perhaps Biden should have ordered the National Weather Service to ensure warmer temps for COVID test deliveries? One cynic quipped on Facebook, “Of course, our efficient postal bureaucracy will promptly deliver these tests in time for your funeral.”

The failure of government testing

Since the start of the COVID pandemic, the federal government has relied on a command-and-control approach that minimizes private innovation and maximizes dependency on federal bureaucrats. As ProPublica reported, “Many companies with at-home tests have been stymied by an FDA review process that has flummoxed experts and even caused one agency reviewer to quit in frustration.” David Paltiel, a professor at the Yale School of Public Health, groused, “It’s an outrage that rapid tests aren’t dirt cheap and plentiful on grocery store shelves” — as they are in many European nations where private companies were not paralyzed by pointless bureaucratic edicts. Irene Bosch, an MIT scientist who developed a rapid COVID test in early 2020 that the FDA blocked, lamented, “You could have antigen [rapid] tests saving lives since the beginning of the pandemic. That’s the sad story.”

Scott Lincicome, a Duke Law School lecturer, recently noted in Barron’s that the latest “fix” is “actually the president’s sixth promise to subsidize and plan our way to testing abundance.” Germany permits sales of more than 60 rapid COVID tests, “including several made in the United States for export only.” Germans can easily buy tests for a dollar while many Americans can’t find and purchase a test at any price. Instead of ample tests, “the Biden administration wasted 11 months and countless taxpayer dollars trying to boost domestic test production when what was most needed was to remove existing regulatory barriers and let the global economy do its thing,” Lincicome noted.

As ProPublica reported, the FDA has:

never been enthusiastic about letting people test themselves. In the 1980s, the FDA banned home tests for HIV on the grounds that people who tested positive might do harm to themselves if they did not receive simultaneous counseling. In the 2010s, the agency cracked down on home genetic testing kits, concerned that people might make rash medical decisions as a result.

David Kessler, who is Biden’s chief science officer for COVID response, epitomized this mindset with his declaration in 1992 when he was FDA Commissioner: “If members of our society were empowered to make their own decisions … then the whole rationale for the [FDA] would cease to exist.” Kessler derided “freedom of choice” as an illusion unless people are presented only with government-approved choices. Kessler pushed through “reforms” which increased FDA power over the medical industry and claimed that, as a result, the FDA was “a place where, once again, the good guys could win.” And how could Americans be sure that FDA enforcement agents were the good guys? Because they worked for the government.

Unfortunately, few Americans recognize FDA fingerprints on the COVID testing debacle. In Montgomery County, Maryland, home of the FDA, roughly 95 percent of adults in the county have already gotten at least one COVID vax injection. For residents of this liberal county, trusting government officials is the surest way to prove they “trust the science.” Few folks were enraged by having to stand in line in the bitter cold for a long time with a bunch of potentially sick people in order to get a test that purportedly proves they are healthy enough to take a flight, return to school, or go to a doctor appointment.

Yet, Montgomery County Executive Marc Elrich claimed victory, issuing a declaration on February 10: “I am very proud of and pleased with our ability to be flexible and adaptable in our government and throughout our community. One such success over the last month has been the distribution of our [1.5 million] take-home rapid tests.” But the vast majority of those tests were distributed long after the surge of COVID cases from the omicron variant had peaked. Elrich’s boast was akin to a football player crowing about kicking a field goal a few hours after a football game ended.

Testing pratfalls were typical of the botched responses to the COVID pandemic. On his first full day in office, Biden released his National Strategy for the COVID-19 Response and Pandemic Preparedness. “Goal 1” was to “rebuild the trust of the American people” by promising transparency in federal health and scientific policy. That pledge was quickly discarded like a forgotten campaign promise. Though a Biden memo promised to end “improper political interference in the work of federal scientists,” the Food and Drug Administration’s top vaccine experts resigned in protest last fall over White House pressure to rubber-stamp COVID booster shots for all adults. The FDA is seeking to delay fully disclosing Pfizer’s application for COVID vaccine approval for 75 years. The CDC covered up the vast majority of so-called “breakthrough” infections among fully vaccinated individuals, thereby enabling Biden to falsely claim last July that people who got vaxxed would not get COVID. On February 20, the New York Times reported that the CDC decided not to disclose its data on COVID vaccines and breakthrough infections, etc. because it feared the data “might be misinterpreted as the vaccines being ineffective.” What else is CDC hiding?

The COVID-19 pandemic obliterated the myth that politicians spending more than a hundred billion dollars every year for science and public health would keep Americans safe. Unfortunately, there is no approved cure for blind faith in government. Federal health agencies have had more blunders than practically anyone expected during this pandemic. The least that Uncle Sam can do is get out of the way of private efforts to help Americans recognize the risks in their own lives.