Federal Farm Policy Is Corrupt Regardless of the Latest Uproar 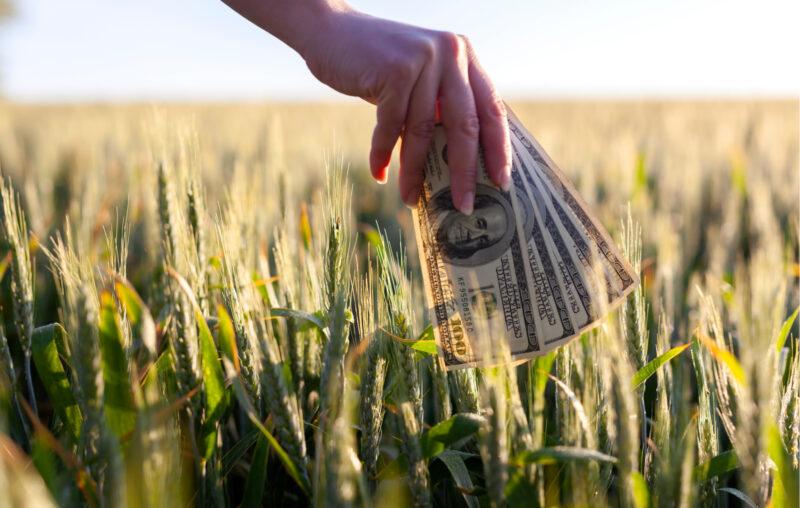 Federal agricultural policy has been permeated by political racketeering since President Franklin Roosevelt appointed America’s first farm dictator in 1933. On Tuesday, the Washington Post revealed that Trump’s Secretary of Agriculture, Sonny Perdue, purchased a South Carolina grain plant from Archer-Daniels Midland (ADM) for a fire sale price shortly after it became clear that Trump would nominate him.

ADM initially asked for $4 million for the plant but sold it to Perdue for $250,000 in December 2016. The deal was closed before Perdue was confirmed by the Senate. A few months after Perdue took office, his family trust sold the plant (along with other properties) for a hefty profit, the Post reported. Federal law did not require Perdue to reveal the transaction on his federal financial disclosure forms since it was completed prior to his confirmation.

The Post noted, “Public officials are barred from accepting anything of value if the benefit is given ‘with intent to influence….’ The Perdue years were good ones for ADM, which hit many targets among the top issues listed on its lobbying forms.” ADM is one of the nation’s largest ethanol and biodiesel producers, and in September 2019 Trump added “hundreds of millions of gallons of ethanol to the U.S. gas supply.” In early 2020, “Perdue announced a $100 million subsidy of biofuels, including ethanol and biodiesel.”

Perdue was dealing with a multinational corporation whose ethics have never been confused with the Girl Scouts. ADM has long been one of the most prominent recipients of corporate welfare. The Post noted that it “has a history of manipulating markets. In the late ’90s, three ADM executives were convicted in a global price-fixing scheme and sentenced to prison terms. It was fined $100 million — the largest antitrust fine in U.S. history at the time.”

“Ethics reform” is an eternal crusade in Washington, and almost every new presidential administration promises to fix the mess or – in Trump’s lingo – “drain the swamp.” It is unclear at this point whether Perdue violated any laws. Walter Shaub, the chief of the Office of Government Ethics in 2017, suggests that an FBI investigation of Perdue could be appropriate. Perdue did not respond to Post requests for comments, and ADM denies any wrongdoing.

Unfortunately, the media is ignoring the vastly greater corruption of federal ethanol policy. Ethanol is holy water for Iowa farmers who profit from the increased demand for corn. But ethanol epitomizes the political treachery that follows government interventions.

A 1986 Agriculture Department study concluded that increased production of ethanol costs consumers and taxpayers roughly $4 for each $1 of extra farm income. The report stated: “Consumers would be much better off if they burned straight gasoline in their automobiles and paid a direct cash subsidy to farmers in the amount that net farm income would be increased by ethanol production.” But instead of a straight payoff to an interest group with huge clout in the Iowa presidential caucuses, politicians devised a convoluted Rube Goldberg regime that camouflages their windfalls for wealthy landowners. Presidents George W. Bush and Barack Obama were both champions of mandating more ethanol use.

Ethanol has long been hyped as a linchpin of national energy independence. But it routinely requires more energy to produce — including tractor fuel, the cost of shipping grain, etc. — than it generates as a vehicle fuel. Besides, since ethanol contains only about two-thirds as much fuel energy as gasoline, it guarantees worse gas mileage — leading drivers to buy more gasoline. It can also damage auto engines.

Biden’s Agriculture Secretary, former Iowa governor Tom Vilsack, is one of the biggest ethanol zealots in the nation. The Biden administration jumped on the bandwagon despite 40+ years’ evidence of its harm to the environment. The Clean Air Act of 1977 actually banned products such as ethanol. When the Clinton administration sought to mandate more ethanol in gasoline, a federal appeals court ruled in 1995 that “the sole purpose of the Reformulated Gasoline Program is to reduce air pollution…. EPA has even conceded that the use of it might possibly make air quality worse.” The Congressional Budget Office admitted in 1995, “Ethanol evaporates quickly, especially in hot weather, contributing to ozone pollution.” Stanford University’s Mark Jacobson estimated in 2007 that the use of “E85 (85% ethanol fuel, 15% gasoline) may increase ozone-related mortality, hospitalization, and asthma by about 9% in Los Angeles and 4% in the United States as a whole relative to 100% gasoline.” In 2018, when Trump sought to nullify a Clean Air Act provision for selling 15% ethanol in the summer, the Sierra Club denounced him for “once again ignoring Americans’ health and safety. Despite claims, corn ethanol is not a safe and environmentally-friendly fuel source — it is hugely detrimental to the environment and public health.”

Why all the largesse? As Forbes noted in 2016, “From the 2008 through 2014 election cycles, the [biofuels] industry showered federal lawmakers with $10.9 million in campaign contributions. Even that pales in comparison to the money they spent lobbying the federal government. From 2008 to 2014, the industry spent $188 million on an array of special interest perks.” According to a USDA-financed report from the Food Marketing Policy Center of the University of Connecticut, “For every dollar invested in contributions to political action committees, farm groups obtained on average approximately $2,132 in policy transfers.” (“Policy transfers” is a euphemism for subsidies.)

Unfortunately, the vast majority of farm policy corruption is legal – thanks to laws written by politicians. Buying votes is the only farm policy most members of Congress understand. When politicians and political appointees have free rein to set prices and rig markets, only a damn fool would not expect shady payoffs. Subsidized corporations favor politicians controlling the game, since they are confident they will control politicians. But no one has ever discovered how to make bureaucracies competent. As Texas Commissioner of Agriculture Jim Hightower quipped in the 1980s, “Federal agricultural bureaucrats couldn’t run a watermelon stand if we gave them the melons and had the Highway Patrol flag down their customers.”

Since the 1930s, federal farm policy has been “socialism for one industry,” with endless interventions to profit the most politically connected groups of growers. Almost a century and a half ago, the Supreme Court clearly recognized the perfidy of such schemes: “To lay with one hand the power of the government on the property of the citizen and with the other to bestow it upon favored individuals to aid private enterprises and build up private fortunes is nonetheless a robbery because it is done under the forms of law and is called taxation.”

Lamentably, this ethical gold standard vanished from American public life long ago. Or maybe politicians simply “defined down” robbery? Regardless of the results of any investigations into the former Secretary of Agriculture, the only way to fix federal farm subsidies is to abolish them.

This article, Federal Farm Policy Is Corrupt Regardless of the Latest Uproar, was originally published by the American Institute for Economic Research and appears here with permission. Please support their efforts. 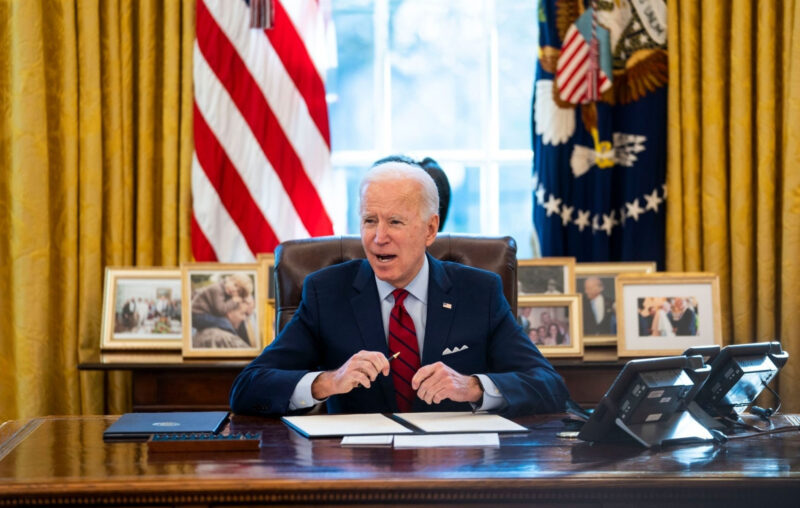