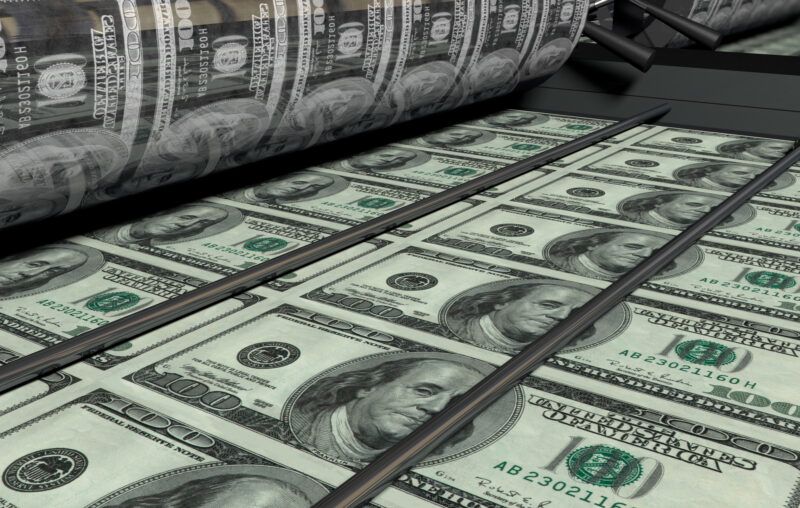 Most people think inflation is too high today, and the Federal Reserve (Fed) should take steps to reduce it. The Personal Consumption Expenditures Price Index (PCEPI), which is the Fed’s preferred measure, grew at a continuously-compounding annual rate of 5.6 percent from November 2020 to November 2021. It has grown 3.4 percent per year since January 2020, just prior to the pandemic. If the PCEPI had merely grown at 2 percent, consistent with the Fed’s average inflation target, the price level would be 2.8 percentage points lower today. The PCEPI is presented in Figure 1, along with a 2-percent trend projected from January 2020.

Fed officials recognize that inflation is high. Testifying before the Senate Committee on Banking, Housing, and Urban Affairs on November 30, Chair Powell acknowledged that “overall inflation is running well above our 2 percent longer-run goal.” “We will use our tools […] to prevent higher inflation from becoming entrenched,” he said.

In light of inflation developments and the further improvement in the labor market, the Committee decided to reduce the monthly pace of its net asset purchases by $20 billion for Treasury securities and $10 billion for agency mortgage-backed securities. […] The Committee judges that similar reductions in the pace of net asset purchases will likely be appropriate each month, but it is prepared to adjust the pace of purchases if warranted by changes in the economic outlook.

This suggests that the Fed recognizes that inflation is too high, and is prepared to take steps to bring inflation down, in line with its price stability mandate.

To answer these questions, we must look beyond the FOMC’s press release.

When FOMC members met last week, each participant submitted his or her projections for inflation and other macroeconomic variables. Participants are instructed to make their projections under the assumption that the Fed conducts monetary policy appropriately, as he or she sees it, and that the economy is not affected by any further shocks. The projections, in other words, convey how each participant thinks the series should grow if the Fed does its job well.

The December projections give no reason to think any FOMC member wants less than 2 percent inflation in order to make up for the above-average period experienced over the last eight months, at least through the next three years. The minimum projections for 2022, 2023, and 2024 is 2.0 percent.

Strict adherence to an average inflation target requires making up for over or undershooting the target rate. Alas, it seems the Fed is not committed to hitting its average inflation target. Inflation will be transitory in the sense that the rate will eventually return to 2 percent. But the price level will likely remain elevated.

This article, Fed Officials Think Inflation Should Remain High Through 2024, was originally published by the American Institute for Economic Research and appears here with permission. Please support their efforts.