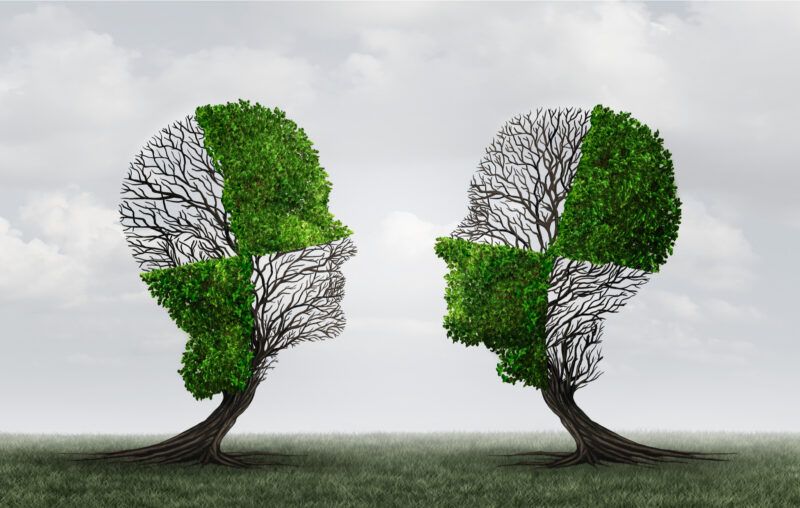 Charles Murray has been writing about bad public policy in the United States for a long time. He first made his mark with Losing Ground in 1984, where he argued that the federal government’s War on Poverty had actually made matters worse for the poor, by substituting welfare dependency for self-reliance. We are still making that mistake, along with a galaxy of related ones that don’t ameliorate social problems, but perpetuate and institutionalize them. In consequence, Murray found a country that was Coming Apart in 2012, as socio-economic groups had less and less contact with each other.

If his prognosis for the nation in 2012 was “serious,” it has now reached the level of “grave.” In his new book, Facing Reality, Murray foresees an America that is beset by an advanced, highly malignant cancer—identity politics. The book’s goal is to help people talk sensibly about our social problems, something that has become extremely difficult with the extraordinarily vehement claims about “institutional racism,” “white privilege,” and the like. These days, anyone who tries to argue that the country is not thoroughly suffused with racism that oppresses minority groups is far more likely to be physically assaulted (as Murray was in a talk he gave at Middlebury College) than to receive a reasoned reply.

What we can no longer discuss are matters pertaining to race, especially when it comes to education and crime. The “progressives” denounce those who ascribe different outcomes as due to anything other than racism. Murray argues that racism is a facile, erroneous explanation. He wants readers to grasp two facts. First, that groups have different means and distributions of cognitive ability, and second, that groups have different rates of violent crime.

With respect to the first, Murray is venturing into the intellectual minefield of IQ differences. What IQ tests measure, he writes, “is not virtue, merit, character, wisdom, or common sense. It is irrelevant to human worth. IQ denotes the mental agility that lets some people collate disparate bits of information and then infer and deduce from that information better than other people….” He then goes to considerable lengths to persuade the reader that cognitive ability is not equally distributed among racial groups. Owing to that fact, it doesn’t make sense to expect economic equality among groups. For jobs that call for very high levels of cognitive ability—the jobs that generally are the highest paid—there are very few African or Latin (the terms Murray uses in the book, along with European and Asian) members who have the necessary ability.

We have known about these group differences for a long time and keep acting as though they can be erased through targeted educational programs. As long ago as 1966, the famous Coleman Report concluded that quality of schooling had almost nothing to do with the problems of black students in big cities. That finding was treated as heresy and ignored. Murray is not saying that nothing can or should be done to make schools better, but that if we do, that will still not do much to alleviate our group differences.

In the same vein, progressives have insisted that putting more minority students into college, especially the most prestigious institutions, is necessary to close the wealth gap between “privileged” groups and those that are “oppressed.” We have been doing that since the 1970s, preferentially admitting students from some groups while keeping down the number of others, especially Asians, but it has not worked. Unfortunately, opponents of racial preferences are almost completely ignored and thus college officials continue with a divisive policy that, if anything, impedes learning by obsessing over racial differences to the detriment of mastering real bodies of knowledge.

Turning to the problem of crime, once again we have to face the fact that it is unequally “distributed,” meaning that it is much more likely to be perpetrated by African-American and Latin males in big cities. The crime maps that Murray includes show that, in Washington, D.C. for example, violent crime overwhelmingly takes place in the parts of the city where there are high concentrations of minority populations. The people who are victimized by the crimes there are mainly others from those same groups. Outside of big cities, violent crime is far less common among African-Americans and Latins.

Those facts are inconsistent with the claim that high crime rates are somehow rooted in America’s “systemic racism.” They also explain why the sorts of policy solutions offered by intellectuals do not work. Can’t the government do something to revive those parts of our cities? No, Murray says, because the crime rates deter commerce and investment no matter what incentives politicians might create.

He explains why major retailers can’t be lured into these areas. “It often doesn’t make economic sense for big chain stores, which have business models based on low profit margins, to locate in such neighborhoods. Either they won’t make a profit or they will have to charge higher prices, leaving themselves open to accusations of racist price gouging. If they take measures to apprehend shoplifters, they risk charges of racism and financial shakedowns through the threat of lawsuits. Actions taken to prevent shoplifting can also put employees at risk of violent confrontations. It’s a no-win situation.”

Policing in big cities is another problem, one that leads to incendiary rhetoric about racism. Murray doesn’t deny that there are some bad cops, but points out that police officers (of all races), have to make many difficult, sometimes life-threatening decisions on the spur of the moment. The more dangerous the environment, the harder their job. Blaming the few bad decisions officers make (while completely ignoring the far greater number of good ones) on institutional racism is misleading and counterproductive.

Having argued that the facts contradict the claims that America is irredeemably racist, Murray comes to his peroration. What if our political and intellectual leaders keep ignoring the facts he has presented? What if we don’t face reality?

Murray is deeply worried about the rapid spread of “woke” ideology, which rejects the ideas upon which our civilization is based, first and foremost tolerance for disagreement. An ugly mindset that is akin to that of Mao’s infamous Red Guards now pervades our education system, and is making inroads into the business world. Either express agreement with every “progressive” notion or you’ll be targeted for vicious attacks and loss of job. He writes, “Over the last decade, on many campuses, the idea that a scholar’s obligation is to search for the truth has become disreputable – seen as only a cover for scholarship that is racist, sexist, or heteronormative. Scholars are criticized not for the quality of their work, but for its failure to advance the cause of social justice. Work seen as hostile to that cause is met with calls for the scholar’s dismissal.” Rarely do our academic leaders stand up for academic freedom. Instead of denouncing the “Red Guards,” they usually cave in to their demands.

What lies behind the surge of intolerance is a set of beliefs that poses an “existential threat” to Western civilization. The proponents of “wokeness” reject the neutral rule of law, individualism, and the market economy. So convinced are they that America is hopelessly racist that they demand governmental policies to bring about “social justice” through coercion. Wealth must be redistributed and jobs and college admissions allocated to people not based on their accomplishments, but to create group “equity.” They are calling for omnipotent government, oblivious to the terrible consequences that would entail. If they get their way, we will return to ancient, illiberal modes of governance.

So far, the resistance to “woke” ideology has been pretty ineffectual. Murray implores scholars and opinion leaders to insist that people be treated as individuals and that government must be impartial. Those are sellable, winning ideas. We must not let fear of retaliation by our Red Guards keep us from presenting our case to the public.

Not only are the toxic ideas of “wokeness” spreading, but Murray sees a bad response to them brewing. Suppose that white America starts to play the identity politics game. Murray worries that “someone more adept than Trump” could win the presidency and govern by “ignoring inconvenient parts of the Constitution.”

It is crucial that we turn down the heat on the boiling kettle that the nation is fast becoming. The America of the 2020s seems to Murray uncomfortably like the America of the 1850s, with rising tensions that erupted into our terrible bloodletting in 1861. Just as the political leaders then failed to foresee the coming tragedy, so do ours today.

We desperately need someone to restore the American Creed of liberty and individualism to its former place. Murray suggests that President Biden could try to do that, but that strikes me as a forlorn hope. The President seems to be incapable of thinking about the long-term good of the nation, only the immediate good of his party, which has tied itself to the “woke” agenda and dares not backtrack in the slightest. I think it’s more likely that someone on the Republican side will find a way of making a persuasive appeal to the large numbers of Americans who have not been indoctrinated to believe in identity politics.

In any case, Murray is right that the country is nearing the point of no return. Facing Reality might just help us turn away in the nick of time.

This article, Facing Reality: Two Truths About Race in America, was originally published by the American Institute for Economic Research and appears here with permission. Please support their efforts.