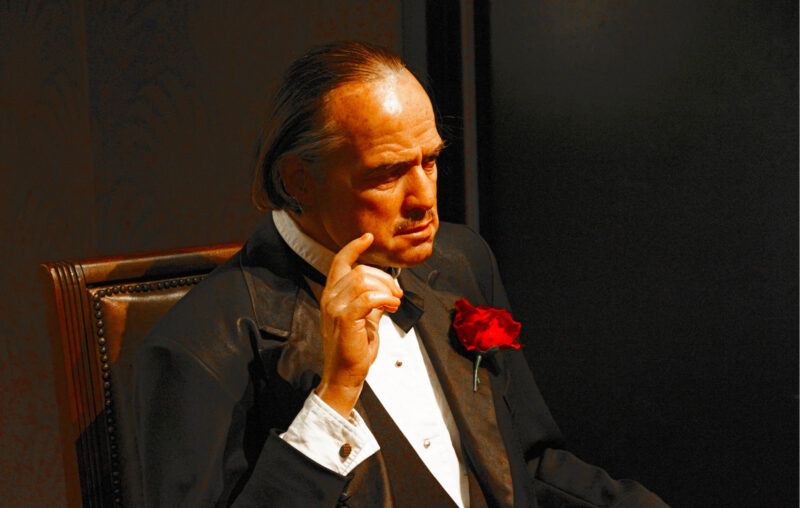 In 1970, Harvard economist Albert Hirschman published his classic tome, Exit, Voice, and Loyalty: Responses to Decline in Firms, Organizations, and States. In this book, Hirschman theorizes that some agents in an economic system may experience lapses from efficient or rational behavior. If the system functions smoothly, forces exist that will rectify this inefficient activity: More specifically, private or public institutions that fail their customers or constituents provide their victims with three options. The first option is to vote with their feet and go elsewhere, which he called “exit,” in the spirit of Adam Smith’s “invisible hand.” The second option is to “voice” their dissent, by complaining, protesting, lobbying, or taking direct action. Exit is an economic response, while voice is, by nature, political and possibly confrontational. The third option is to do nothing and remain loyal to the firm or government institution.

In a free market, voice can sometimes be quite effective. An example was intense customer opposition to Coca-Cola in 1985, when it introduced a new formula for Coke, known as “New Coke.” The consumer outcry caused the company to bring back the old formula, now rebranded as “Classic Coke.” In a political context, voters who are dissatisfied with their party’s policies can vote for another party (exit), work inside the party to change those policies (voice), or simply hope that the party platform will be revised (loyalty). Hirschman argues that voice is most effective when exit is possible. Without the threat of exit, voice is just “cheap talk.”

Hirschman’s theory comes to mind when considering the institutional malfeasance that has led to the creation of a state-run Covid religion and the concomitant establishment of a public health police state to enforce the will of our new bureaucratic masters, infectious disease experts. They have strangled our economy, degraded key institutions, and committed the greatest political act of theft in history. This act of larceny includes theft of private property, services (e.g., educational, recreational), and of course, economic, personal, and religious liberty.

The following quote from Hirschman’s book is remarkably prescient regarding the ongoing destruction of our economy and society by the public health police state. “Each society learns to live with a certain amount of such dysfunctional or misbehavior; but lest the misbehavior feed on itself and lead to general decay, society must be able to marshal from within itself forces which will make as many of the faltering actors as possible revert to the behavior required for its proper functioning.”

The rise of the public health police state constitutes the single greatest instance of government failure in history. The extent of this failure gets worse every day, as we learn more about the magnitude of this failure and its origin. There is mounting evidence that the U.S. taxpayer may have actually funded the virus itself. This brings to mind Lenin’s famous quote that “the Capitalists will sell us the rope with which we will hang them.” In this case, the public health officials who now serve as our bureaucratic masters may have created the crisis that they are now “solving.”

The CDC’s ineptitude, inconsistency, and overall incompetence, both before and after the outbreak of the virus, has been staggering. Yet, the CDC director, like Dr. Fauci, is basking in the limelight and flush with funds, power, and influence. The infectious disease experts have also been emboldened by the enthusiastic support of the new administration. Several weeks ago, the head of the CDC had the temerity to testify before Congress proposing a 23% increase in her budget!

A key response to the public health police state has been “exit,” in the sense that those with the means to flee blue state cities have moved to their summer homes or moved permanently to other states. This internal migration from California, New York, New Jersey, Illinois, and Michigan has flooded Florida, Texas, Arizona, and other red states with new residents. A similar phenomenon occurred in France, where wealthy, hypocritical Parisians fled the City of Love for their spacious and luxurious second homes in less densely populated areas of the country. Unfortunately, some people who are suffering have few exit options. The poor and middle class must suffer through the totalitarian restrictions set by emboldened bureaucrats and politicians.

Outrage over the public health police state has also led to various forms of “voice.” Although Hirschman passed away in 2012, he always favored voice over exit, since he hoped to preserve institutions by correcting their lapses in performance. Unfortunately, those who have exercised “voice” by questioning totalitarian tactics of the public health police state have had to counteract three aggressive tactics employed by guardians of state-run religion: (1) demonization of coronavirus apostates: (2) outright censorship, coupled with blithely ignoring the negative effects of the quarantines, lockdowns, and “reopenings;” and (3) the most successful propaganda campaign of all time, which frames maximal use of pseudo-scientific, nonpharmaceutical interventions as “patriotic.” The use of these tactics, enforced by the police in some parts of the world, means that we must take “voice” to a new level.

Unfortunately, resistance to the Covidians has been too passive. We are reminded of the famous scene from the Godfather, involving Johnny Fontane and Don Vito Corleone. Johnny Fontane was the godson of Don Vito Corleone and a famous singer. In the scene, the whimpering Fontane is complaining to the Godfather about the studio head who will not give him a movie part that is ideally suited to him and will launch his film career. He whines to Don Corleone, stating “Oh, Godfather, I don’t know what to do.” The exasperated Godfather takes him by the neck and screams the following: “You can act like a man!”

An example of such a real man is Artur Pawlowski, a Polish-Canadian minister based in Calgary, who has bravely defied the government’s Covid-19 public health orders. In Calgary, as in other parts of Canada, the severity of coronavirus restrictions is matched only by the paucity of the virus. Artur became a YouTube sensation when he openly defied the police and the public health inspector when they interrupted his religious service on Good Friday, referring to them as “Nazis” and “Gestapo” and belligerently demanded that they leave the church. He was ultimately arrested by the authorities.

In our view, Pastor Pawlowski is the modern-day equivalent of Cardinal József Mindszenty, leader of the Catholic Church in Hungary, who came to represent uncompromising opposition to fascism and communism in Hungary. After WWII, Cardinal Mindszenty was jailed and tortured by the Communists and given a life sentence in a 1949 show trial that was widely condemned in the Western world. Mindszenty was ultimately freed and remains a potent symbol of opposition to Communism and a great example of resistance to the totalitarian repression of religious freedom. We need more religious leaders like Pawlowski and Mindszenty to stand up to the public health police state. We also deeply admire the courage of the ultra-orthodox Jewish leadership in the U.S. and Israel for their enlightened opposition and vigorous civil disobedience.

Another promising avenue for “voice” in the context of Covid-19 authoritarianism is to rein in qualified immunity, which is the legal doctrine that makes it difficult to sue government officials when an individual’s constitutional rights have been violated. Individual experts should be held legally accountable for their faulty advice. At the very least, and analogous to current proposals to have liability shift from individual police officers to police departments, politicians who hire malfeasant experts such as Dr. Fauci should be held legally liable in courts of law for the damaging advice of their nominated experts.

It was just announced that Dr. Fauci has written a self-congratulatory book touting the merits of the grand unethical social experiment he has conducted on us for the last 15 months. Children, who are at little risk from the virus and highly unlikely to spread it, have suffered the most from Dr. Fauci’s experiment with maximal use of nonpharmaceutical interventions. Perhaps the proceeds from his upcoming book, including the large speaking fees he will earn and the undisclosed advance he garnered for writing the book while “serving” the taxpayer, can be used to compensate his underage victims and the other public health collateral damage caused by his maniacal and myopic focus on one infectious disease.

This article, Exit, Voice, and Loyalty, the Godfather, and Dr. Fauci’s Book Tour, was originally published by the American Institute for Economic Research and appears here with permission. Please support their efforts.