Environmentalism as Religion: Unpacking the Congregation 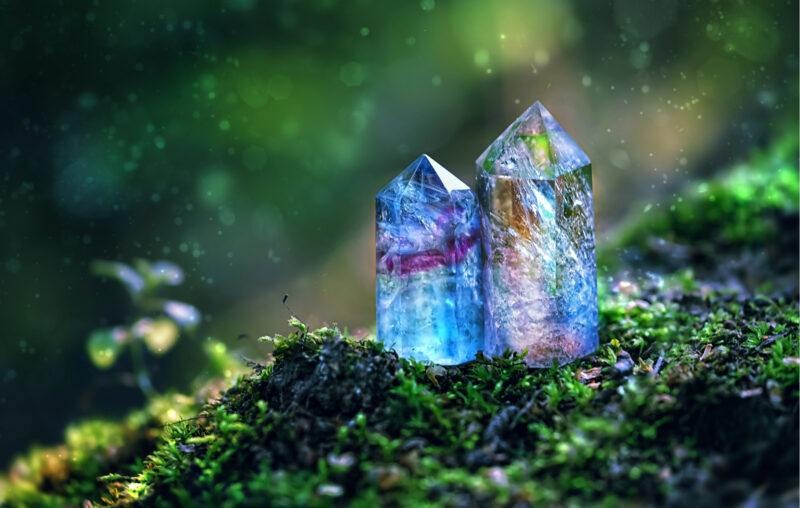 Dramatic headlines and images showing a deteriorating environment exist to demand swift, decisive, and large-scale action. We saw this approach in the 1960s when the first made-for-TV environmental crises showed oil-drenched seabirds on the California Coast and more recently in depressing videos depicting starving polar bears. Dramatic imagery has become the norm when discussing environmental issues.

We also see trends in editorial writing, discussions among political groups, changing business practices, and increasingly scholarly claims that also use dramatic imagery. At face value, these trends could indicate that the public demands dramatic governmental action on environmental issues. Some scholars, however, see this as more than mere increased public demand for government intervention, and they highlight similarities between environmentalism and religious movements. For example, Laurence Siegal states:

In the decades since modern environmentalism began, the movement has taken on some of the characteristics of a religion: claims not backed by evidence, self-denying behavior to assert goodness, (and a) focus on the supposed end of times.

Scholars have tuned into the general public’s zealous interest in the environment and more importantly, emphasis on government action, to push forward their own ideological goals under the guise of scholarship. Whereas the ultimate goal of scholarship is to mitigate climate change and improve sustainability, the reality is instead corrupted by thinly veiled ideology masquerading as scholarship, which is sure to distort any useful policy recommendations.

This phenomenon is illustrated by a recent study making the rounds in Science Daily and The Climate News Network. The authors, Vogel et al., claim that the world must decrease energy use to 27 gigajoules (GJ) per person in order to keep average global temperature increases to 1.5 degrees Celsius, a recommendation included in the Paris Agreement. Our current reality illustrates the outlandish nature of this suggestion. We are a far cry from this goal both in 2012, the year chosen for this study, as well as in 2019, the most recent year for available data. Here is a snapshot of current per person energy consumption (GJ):

Using these data, the authors pair what they view to be excessive energy use with a failure to meet basic human needs worldwide. In their own argument, they acknowledge that among the 108 countries studied, only 29 reach sufficient need satisfaction levels. In each case where need satisfaction is met, the country uses at least double the 27 GJ/cap of sustainable energy use, thereby creating a conundrum both for those concerned about the environment and human well-being.

The authors, however, provide a solution arguing that their research shows a complete overhaul of “the current political-economic regime,” would allow countries to meet needs at sustainable energy levels. Some of their recommendations include: universal basic services, minimum and maximum income thresholds, and higher taxes on wealth and inheritance.

These policy recommendations are not supported by the research and directly contradict a body of literature that argues economic growth, not government redistribution, is our way forward. Vogel et al. argue against the necessity for economic growth and even go as far as to support degrowth policies on the grounds that their model finds no link between economic growth and maximizing human need satisfaction and minimizing energy use.

In short, their proposed solution would punish affluent countries and favor a collective misery in which any market driven environmental improvements are crushed under the promise of equality and sustainable energy use.

Conversely, Laurence Siegel in Fewer, Richer, Greener: Prospects for Humanity in an Age of Abundance and the 2020 Environmental Performance Index (EPI) argue that economic prosperity allows countries to invest in new technologies and policies that improve not only environmental health but also the well-being of the people. Thus, if we want to continue to improve our relationship with the environment and human progress, we should be more supportive of economic growth and the entrepreneurship that drives it.

If the above relationship between economic prosperity, environmental health, and human well-being is the case, how can these authors claim the opposite? The most likely conclusion is that the authors allow an ideological bias to drive their research, a claim that is supported by their normative descriptions of affluent countries as examples of planned obsolescence, overproduction, and overconsumption as well as the authors’ obvious demonization of profit-making.

As Vogel et al. demonstrates, environmental issues can be exploited by the drama and religious nature of the movement. Unfortunately, academics, such as Vogel et al., have learned to use these tools to stretch their limited findings into a full-blown rallying cry for their own preferred policies; in this case, socialism on a global scale.

This article, Environmentalism as Religion: Unpacking the Congregation, was originally published by the American Institute for Economic Research and appears here with permission. Please support their efforts.