Engage Rather Than Sanction the Cuban People 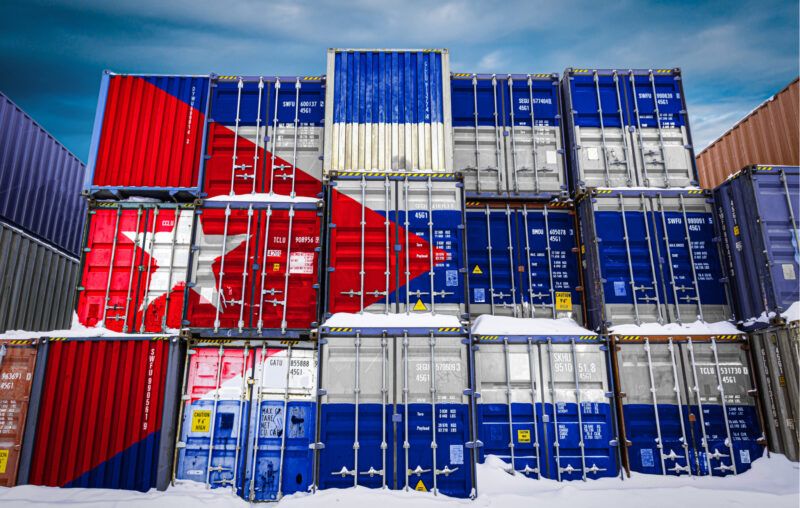 After six decades of tyranny, the Cuban people made clear to the world that they wanted liberty. The American left, long with a soft spot for tyrants who espouse socialism, insisted that Cubans loved their jailers. However, last month’s demonstrations exploded across the island with people shouting ¡libertad!, or liberty. They want what most people around the world want: freedom.

Showing no concern for the sort of civil liberties that the left demands at home, Havana’s communist regime arrested hundreds of protestors and called out regime thugs to help restore order. However, opposition to the government is only likely to grow.

The Castro brothers overthrew a dictator, only to establish an even more brutal authoritarian rule. Committed communists, their collectivist policies impoverished Cubans in body and mind. Some self-styled progressives, enjoying the good life in America, still fawn over the supposed glories of Cuban communism, but Cubans who say otherwise risk prison. The group Freedom House rates Cuba as Not Free, scoring only 13 out of 100. In terms of political liberty, the island is at the same level as Eritrea, Libya, Saudi Arabia, Somalia, and Yemen.

Fidel Castro has passed away. Raul Castro has retired, though he remains influential. Taking over was Miguel Diaz-Canel, a colorless apparatchik born after the revolution, but no less inclined to jail anyone who questions communist rule.

For six decades the U.S. government has waged war on the Cuban people rather than its government. What began as a simple embargo on Cuba has metastasized, as frustrated Cold Warriors failed to reverse the revolution. They used secondary, and then financial sanctions to strike out against people around the world doing business with the island. Although President Barack Obama relaxed the regulations and reopened diplomatic relations, President Donald Trump, playing to Cuban-American hardliners in Florida, shifted back toward a policy of economic isolation. He may have won some votes, but he mainly succeeded in imposing more misery on average Cubans.

Although the Cuban people hoped that Joe Biden would return to the path of Obama, they continue to suffer under Trump’s restrictions. And now, in response to the July protests, Biden has added new sanctions. His action, he said, was taken “to bolster the cause of the Cuban people.”

In fact, the penalties he imposed were largely symbolic, applying to Cuba’s internal special forces, defense minister, police force, and the latter’s leaders. None of those affected likely do much business in America and probably weren’t planning on playing tourist in Florida any time soon. No one imagines Diaz-Canel firing the defense minister or shutting down the cops in response to American sanctions.

However, Biden added ominously, “There will be more, unless there’s some drastic change in Cuba, which I don’t anticipate.” He went so far as to say “We hear the cries of freedom coming from the island. We’re holding the regime accountable.”

But this is political theater, aimed at Florida for next year’s midterm elections and the 2024 presidential campaign. Punishing the Cuban people by restricting travel, trade, and investment limits neither the regime’s desire nor their ability to oppress.

When I first visited Cuba, legally, with a journalist delegation, the dissidents we met complained that the regime used the embargo as an excuse for its economic failure. Soviet subsidies helped keep the regime afloat for its first three decades. And there was foreign investment; I stayed at a Dutch-owned hotel. Cuba’s economic backwardness—it appeared that Cubans were not aware of the invention of building paint, did not understand the importance of road maintenance, and believed auto production halted in 1960—was a product of socialist mismanagement.

While the usual apparatchiks sang the usual praises of the regime, the people knew better. There may be no better evidence of the failure of Castro & Co. than the fact so many young people head for the national exits when possible. I met a retired diplomat who allowed that three of his four grandchildren went overseas to work. His story is not unique. In Cuba socialism means poverty, and people know it.

In an open economy Cubans could not help but prosper. The Cuban people are enormously entrepreneurial and hard-working. The streets are filled with hawkers trying to get tourists to visit private restaurants and buy cigars snatched from government operations. An engineer drove a pedicab to earn much-desired hard currency. An anesthesiologist washed dishes in a restaurant to supplement his income. Nevertheless, noted American University’s William LeoGrande, “among ordinary Cubans, the desire for a better relationship with the United States is almost universal.”

Drop sanctions and the regime would have no more excuses. The sort of economic growth which would result would further undermine the regime. Indeed, even Obama’s partial liberalization had a dramatic impact on Cuba, spurring private business, which came to provide about 40 percent of the island’s jobs. Obama’s visit energized the population—when I went in 2017 I saw cars still adorned with decals bearing his likeness—and angered the regime. Foreign Minister Bruno Rodriguez criticized Obama’s “deep attack on our ideas, our history, our culture and our symbols.”

Trump should have lifted even more sanctions and asked Congress to remove the others. Collin Laverty of Cuba Educational Travel, who arranges trips, including mine, that comply with U.S. law told me: “If you want to create more space for debate, expanding the entrepreneurial class is one way.” Liberalization creates not just more private businesses, but also more employees.

I found the pro-American commercial class frustrated by Trump’s callous decision to reimpose sanctions, sacrificing their livelihoods in an appeal to hardline domestic political factions. I stayed at an Airbnb, ate at private restaurants, and traveled in private cabs. These and other businesses had expanded in expectation of more visitors, but then suffered a collapse in demand. Airbnb owner Julia de la Rosa observed that “So many people opened businesses for American tourists” and then saw demand shrink. Those who lost jobs had to go back to work for the state.

Last month’s ruthless political crackdown reminded the world of the brutal nature of communist rule. Sanctioning individual leaders is a harmless symbolic step, but if the Biden administration and Congress really want to challenge the regime they should end restrictions on the rest of the Cuban people, who have been waiting six decades for true liberation.

Washington should stop punishing the very people the Cuban government is oppressing. One frustrated Cuban told me that “We need the Americans back.” President Biden, let the American people go!

This article, Engage Rather Than Sanction the Cuban People, was originally published by the American Institute for Economic Research and appears here with permission. Please support their efforts.