End Banking as We Know It? 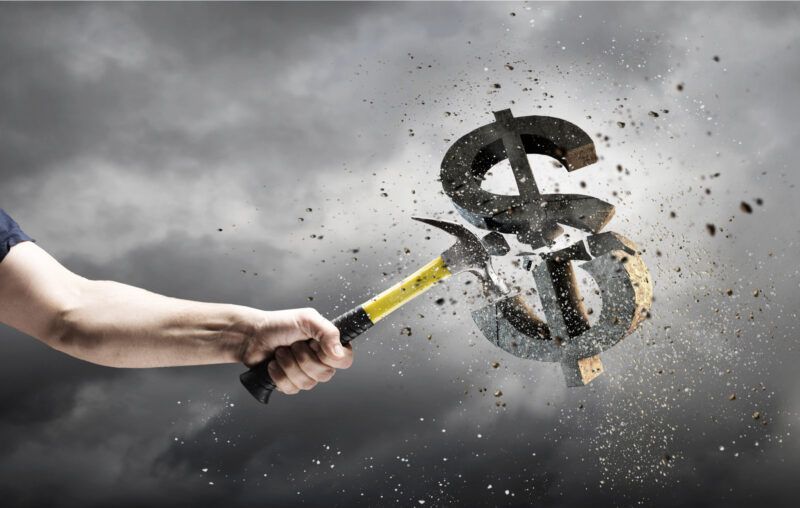 The implications of President Biden’s recent nomination for the head of the Office of the Comptroller of the Currency (OCC), Saule Omarova, reach far beyond “stricter financial rules.” In a forthcoming article for the Vanderbilt Law Review, Omarova expresses her desire to “end banking as we know it” by replacing all private bank deposits with central bank accounts.

Omarova’s proposal, dubbed “FedAccounts,” would replace private deposits with central bank accounts as part of her larger plan to “democratize finance.” However, such a restructuring would result in greater authority in the hands of unelected officials and an overall loss of financial privacy with no guarantees of greater policy effectiveness.

On September 23rd, 2021, President Biden announced his intent to nominate Cornell Law Professor Saule Omarova as the next Comptroller of the Currency. As Comptroller, Omarova would head the Office of the OCC, which regulates and supervises all national banks. Omarova is an ardent critic of both the current banking system and cryptocurrencies. Her forthcoming article “The People’s Ledger: How to Democratize Money and Finance the Economy” pushes for “more equitable and inclusive modes of finance” through the issuance of a Central Bank Digital Currency and the creation of a National Investment Authority (a modern-day equivalent of the Reconstruction Finance Corporation.)

Yet, perhaps most jarring is Omarova’s advocacy for an “ultimate end-state,” where FedAccounts fully replace private bank accounts. The proposal comes as a part of Omarova’s plan to restructure the Fed’s entire balance sheet into “the People’s Ledger.” Combined with an expansion of the Fed’s liabilities with FedAccounts, the People’s Ledger involves a corresponding expansion of its assets to include new types of securities and loans. Simply put, the People’s Ledger is presented as Omarova’s plan to expand and restructure the Fed’s balance sheet to restore the public-private balance in the financial system.

Under the People’s Ledger, Omarova stresses that access to financial services and resources would be democratized and the financial system would be in a better position to support productive economic activity. Attractive as this may seem, however, implementing the People’s Ledger would cause more harm than good.

Omarova embraces an expanded balance sheet and a more interventionist regime as crucial to Fed efficiency. Such enhancements, however, are not necessary to achieve more effective monetary policy.

The corridor system thus represents the possibility for effective monetary policy to be conducted without a dramatic expansion of the Fed’s balance sheet (the likes of which Omarova would find favorable), by ensuring that open-market operations will have a substantial impact on the federal funds rate. It is the substantive track record of the corridor system that ultimately demonstrates an alternative to the People’s Ledger.

Omarova recognizes how her plan for the People’s Ledger could raise questions regarding the Fed’s political independence. She argues that the Fed’s supposed neutrality is merely a veil that hides the fact that “central bankers’ investment choices have immense distributional consequences. However, instead of attempting to limit or reduce the Fed’s reach, Omarova doubles down by insisting that public policy priorities (e.g., job creation, combating climate change, and reducing racial inequities) be incorporated into the Fed’s operations.

Combined with the fundamental loss of privacy involved with the issuing of FedAccounts, Omarova’s plan for the People’s Ledger echoes the underlying distrust of the public (and religious reverence for experts), present in many proposals which claim to be based in “democracy” and “the public benefit.” Paradoxically, Omarova’s plan to “democratize” finance results in an overall loss of individual choice and financial autonomy for all of those who would prefer to remain unbanked or simply prefer the privacy offered to them under the current financial system.

Should Omarova be confirmed, her position as the head of the OCC would not allow her to adjust the operations of the Fed and establish the People’s Ledger. Nevertheless, it is important to recognize just how drastic the implications of her nomination are. Neutering private banking and reforming the entire financial system to align with public policy priorities are not normally floated by would-be financial regulators. Such ideas, instead, would seem to be an unfortunate side effect of politicians and regulators embracing politically driven policy making, and the never-ending search for interventionist panaceas.

Omarova is right to point out the deficiencies in central banking. Nonetheless, ending traditional banking to fix central banking would be like closing schools to improve student retention.

There are easier ways forward.

This article, End Banking as We Know It?, was originally published by the American Institute for Economic Research and appears here with permission. Please support their efforts.